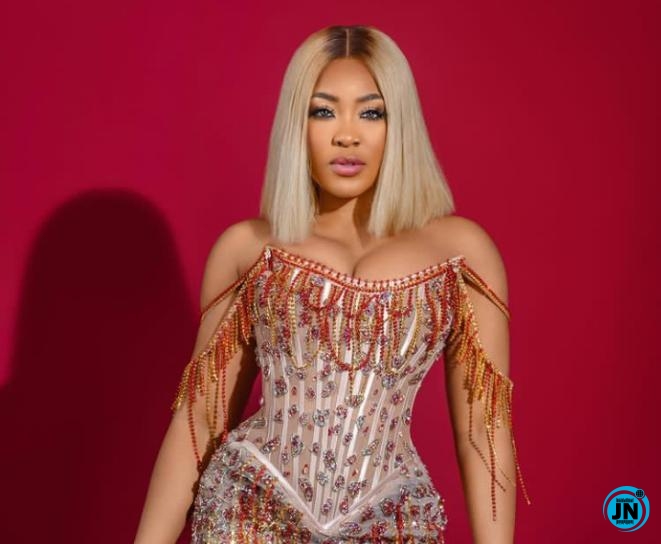 Fans of BBNaija housemate, Erica Nlewedim have dragged Dorathy Bachor over her recent message to their role model, Erica.

Some time ago, Erica Nlewedim shared a tweet where she apologized to her fans for fuelling misunderstanding between them, and begged them to be united as one.

Recently, Dorathy Bachor has been involved in a number of gossips, following her rumoured breakup with Prince Nelson. 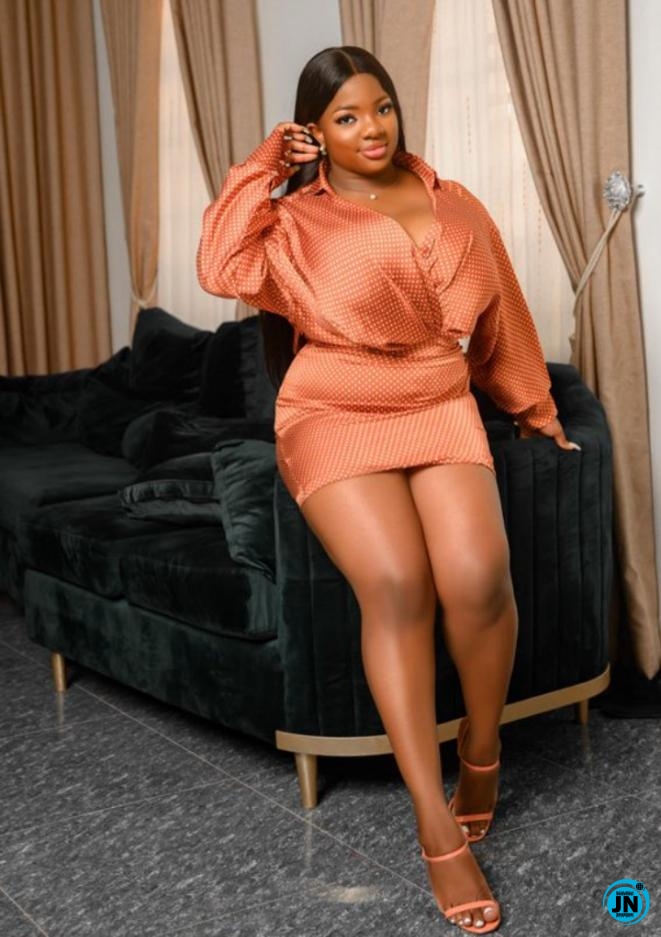 Dorathy, in her response, begged Erica to allow her borrow the same apology message she tendered to her fans, and Erica’s fans were not having it.

They dragged her to form her own apology letter herself, while some others slammed her for trying to clout chase. 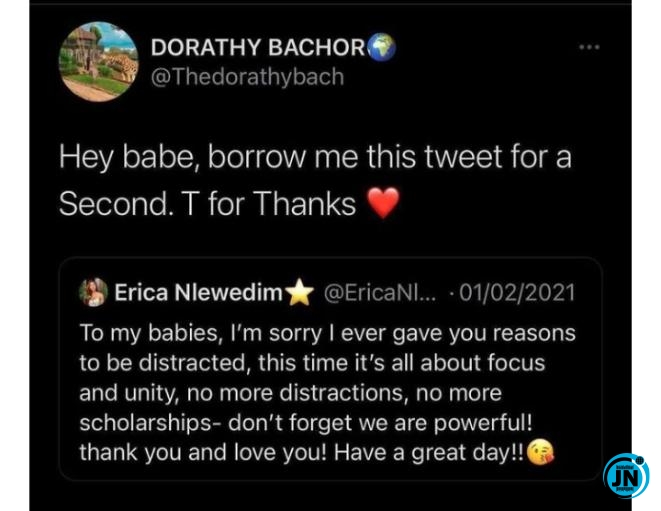 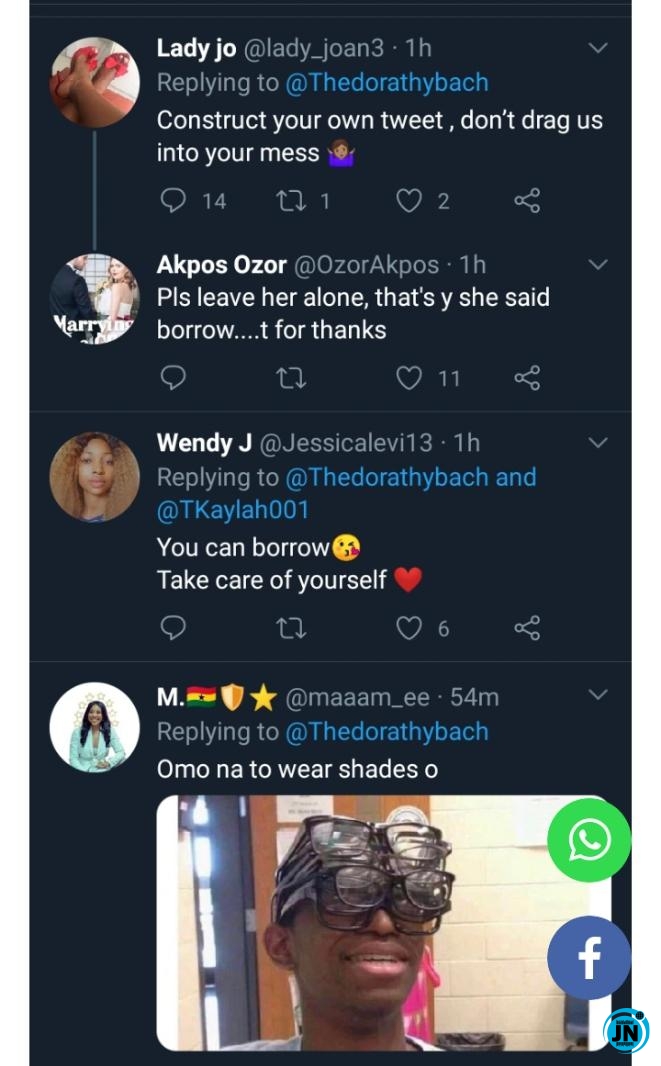 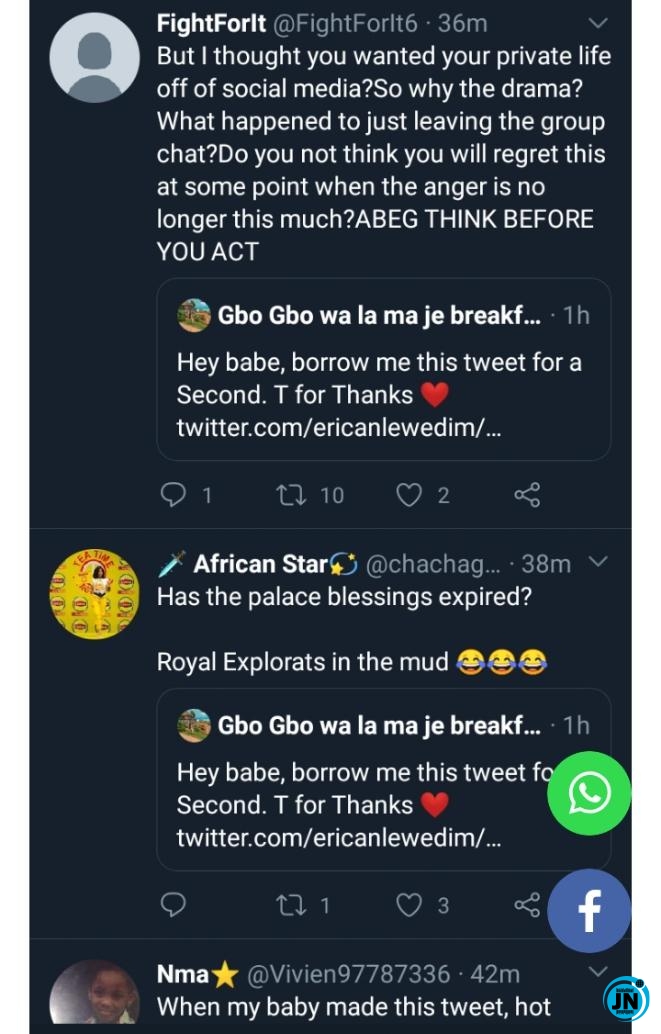 Sir Dee Pens Emotional Birthday Message To Bestie, Tacha
#EndSARS: Kemi Olunloyo breaks down in hot tears as she sends Wizkid a strong message |video
Davido Slams Wizkid For Ignoring His Congratulation Message
“We Are Not The Same And Will Never Be” – Mercy Eke Shades Tacha With Her Cryptic Message