Wizkid, the famed Afrobeats musician, songwriter, and performer, has responded to Banky W's assertion that he was upset that the singer did not attend his wedding. 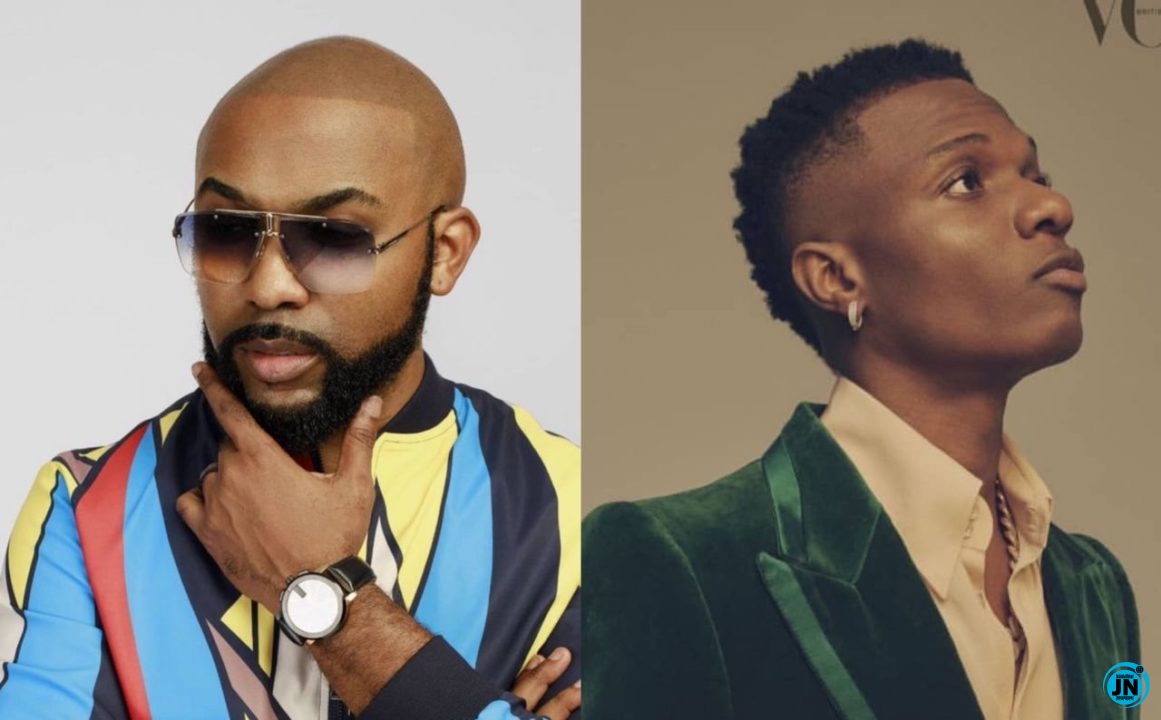 Banky W voiced his unhappiness at Wizkid's inability to attend his wedding due to a gig he had in Dubai in a recent interview with media personality Ebuka.

In the same interview, Banky W mentioned that Wizkid owed his record label roughly three albums, despite the fact that his contract indicated that he was meant to release five albums with EME, of which he only released two.

Reacting to the interview today, April 21st, 2022, the Starboy Entertainment owner and Frontier merely quoted the video with a "LOL", which translates to "Laugh Out Loud." 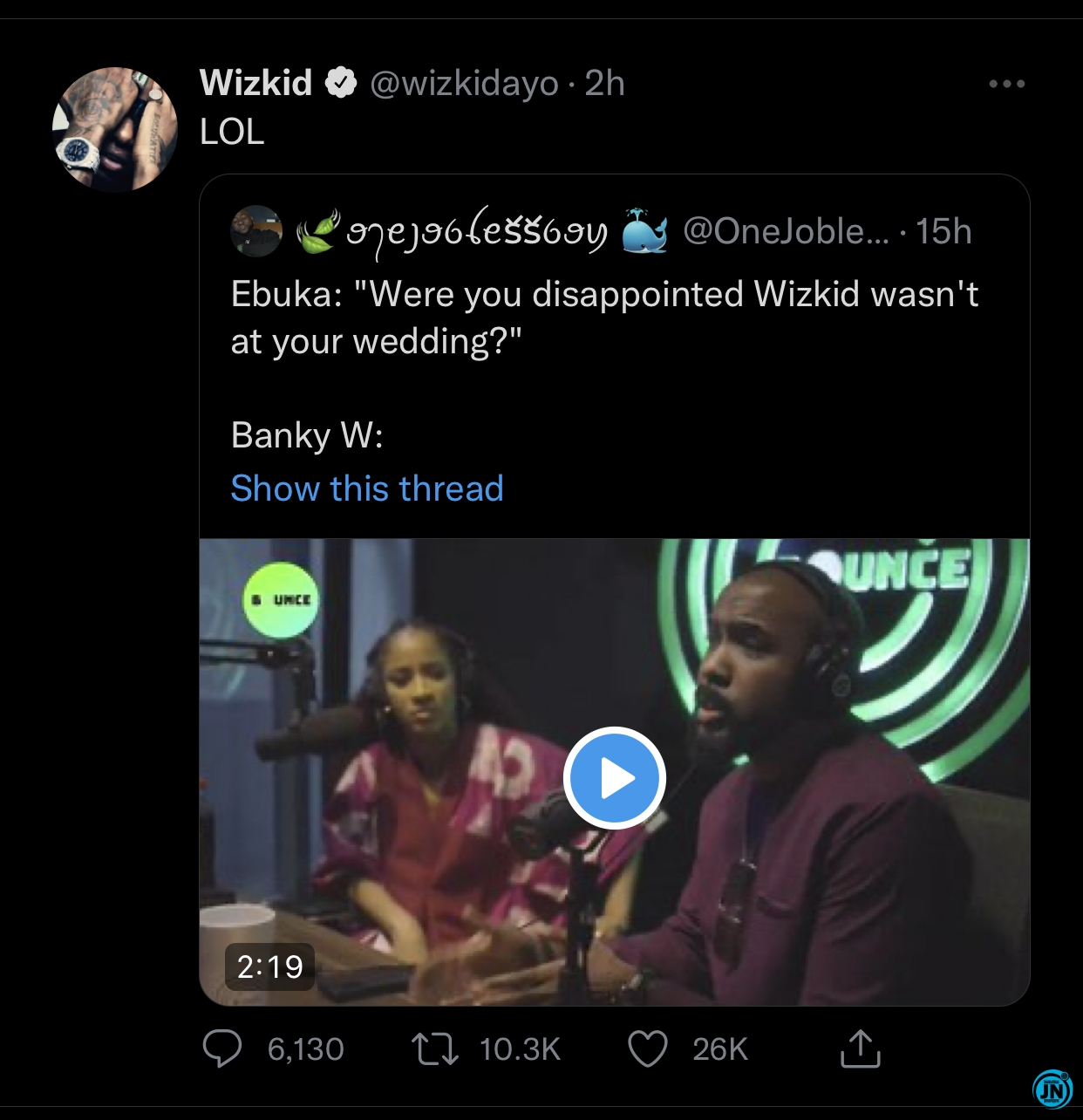 It is uncertain whether the Grammy-nominated singer's "LOL" is a sarcastic one or a literal one.

Amid Sandra’s Claims, Ubi Franklin Shares Proof Of Responsibility Towards Their Daughter (Screenshot)
“I saw in a vision that Davido will be shot” – Ghanaian Pastor claims (Video)
Jaruma reveals how she disappeared home since Monday, debunks claims of being in prison (Video)
Portable dragged to filth over claims of being inspired by Wizkid’s Ojuelegba to start doing music