Fans of Nigerian music superstar singer, Wizkid have resulted in blasting his first baby mama, Shola Ogudu, after making a tweet speaking about how she has done her best as a mother and parent. 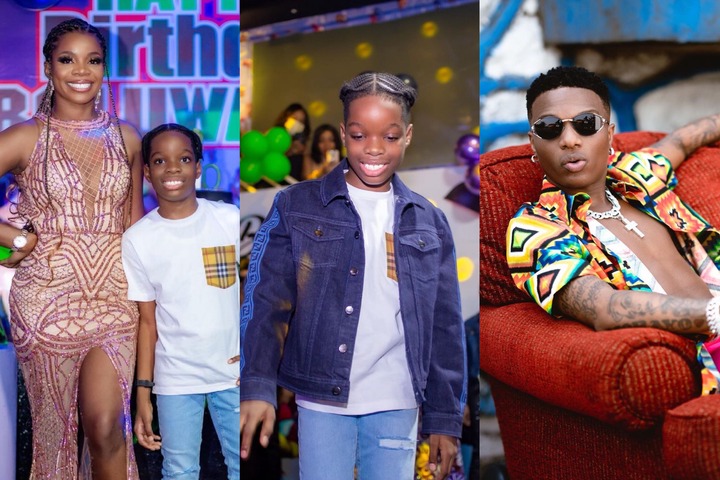 Boluwatife Balogun had days ago had his 10th birthday and it was well celebrated as his friends and family attended it.

Wizkid’s mother, Jane Dolapo, was also present at the birthday party, however her son, Bolu’s father was absent.

This has forced discussions on social media as some have stated that Wizkid never comes through for his kids when they need him. 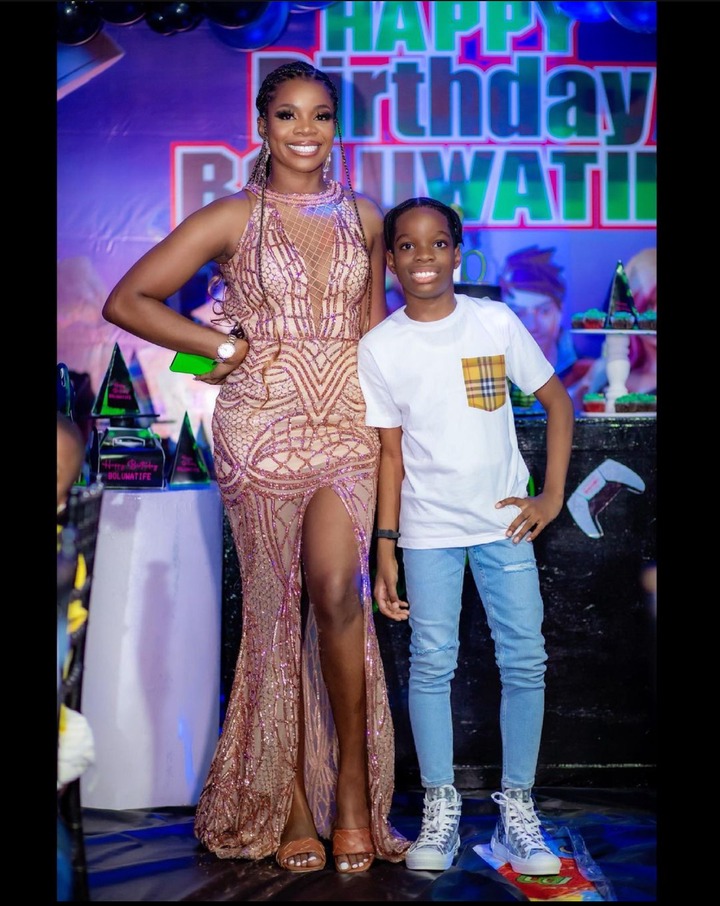 Wizkid fans tackled this talk as they claim he was the one who funded Boluwatife’s birthday celebration even if he was not there.

This talk was still spreading round gently and Shola came through with a now deleted cryptic tweet which got Wizkid fans angry.

“I believe I've done my possible best as a mum and a parent. The rest of the story is for my SON to share.”

Shortly after making this tweet, Wizkid fans stormed the replies to hit her hard, she deleted and then made another tweet where she wrote;

Wizkid fans have however continued from there as they still hit her with their words. See some reactions below:

@Ajidson1 wrote: “You're actually a bad vibe, you're just looking for that Man's downfall so bad at every opportunity...... Wicked soul.”

@IamClement9 wrote: “Mama bolu get this into your brain our starboy can never marry you.” 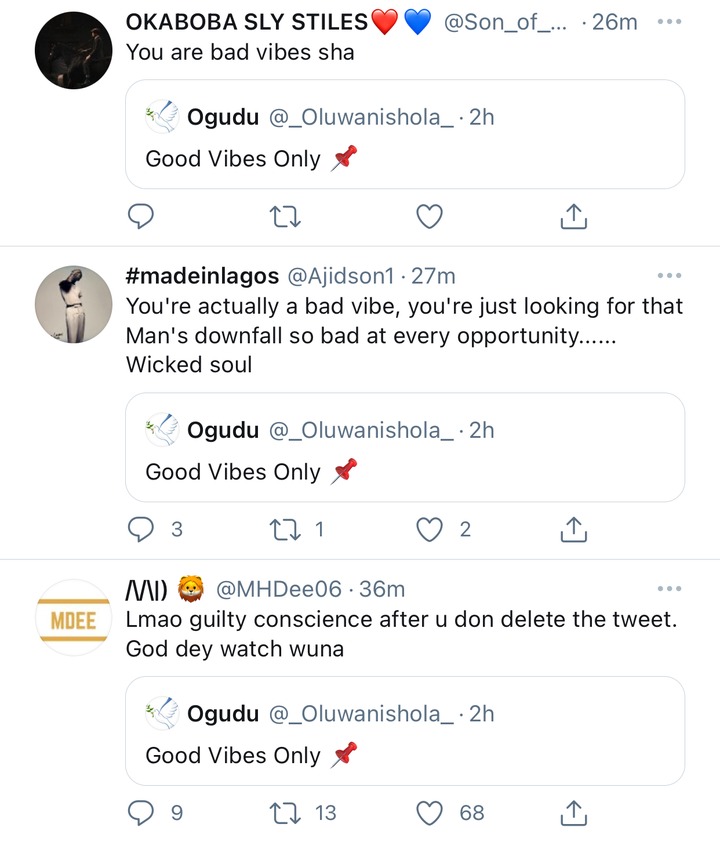 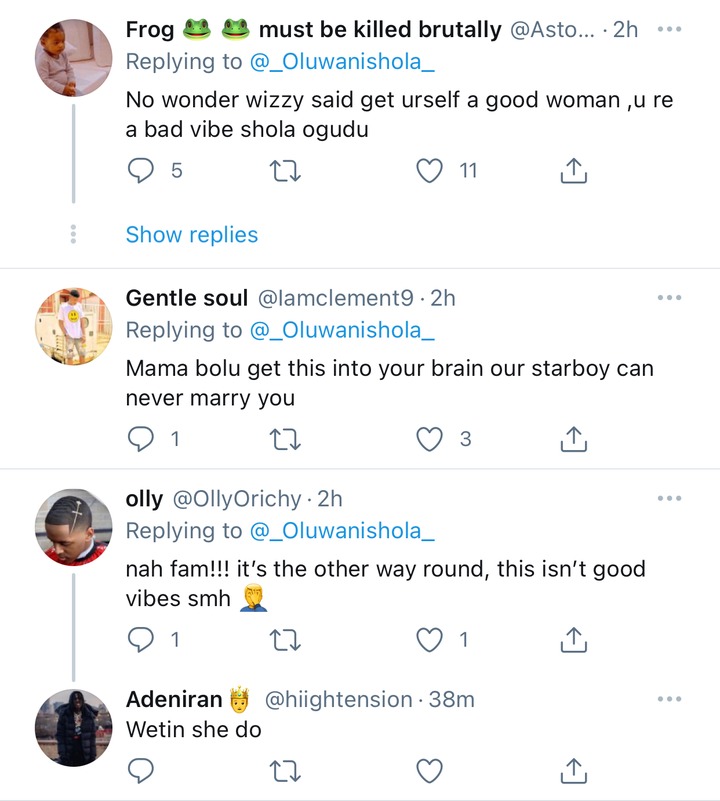