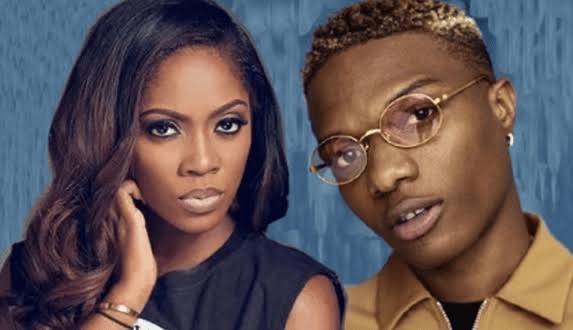 Recall, Wizkid released his much anticipated fourth studio album, ‘Made In Lagos,’ yesterday October 30th and ever since it has been buzzing on the internet.

However, one song on the project has been singled out and fans have began stating that a certain part of the song was directed at Tiwa Savage.

For months now, things have been quiet between Wizkid and Tiwa Savage who were known to be very close years ago.

Their relationship which was known to always cause a spark on social media has kind off died down and it became noticeable when Tiwa Savage did not wish Wizkid on his birthday.

However, Tiwa Savage dropped her album and Wizkid shared the album on Instagram and fans thought again that things were still cool but now, they have gone back to the previous thought, lol.

The lyrics from ‘Reckless,’ a song on the ‘Made In Lagos’ album had made fans think their friendship have hit the rocks.

Here is the lyrics below: 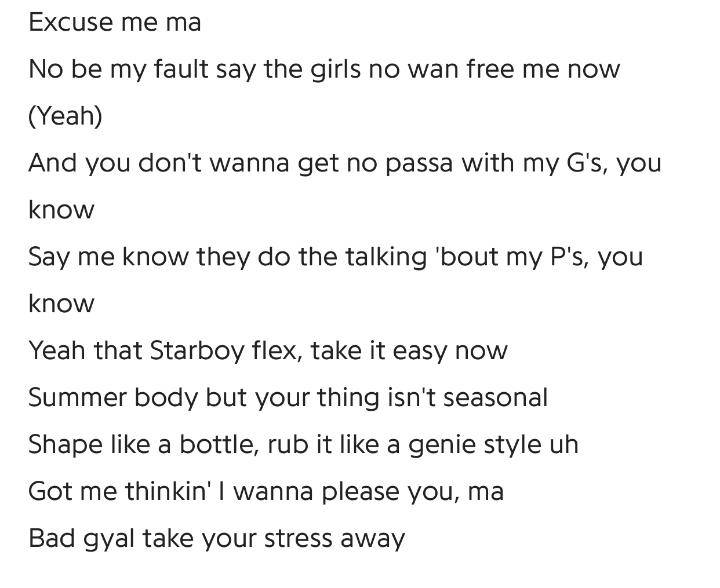 Here are the reactions coming from fans below: 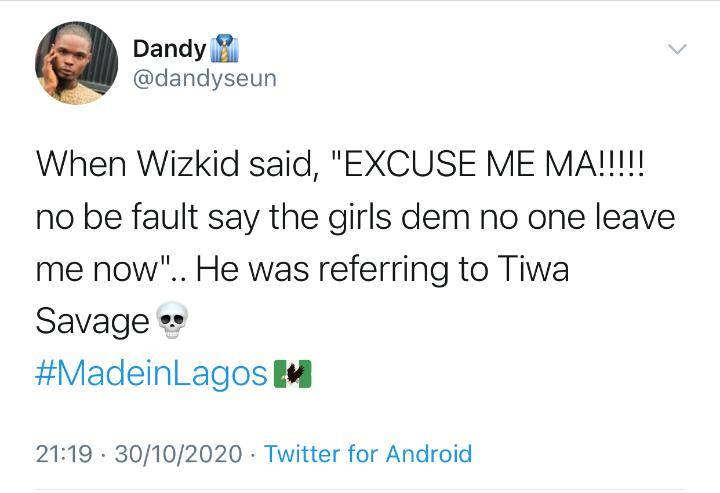 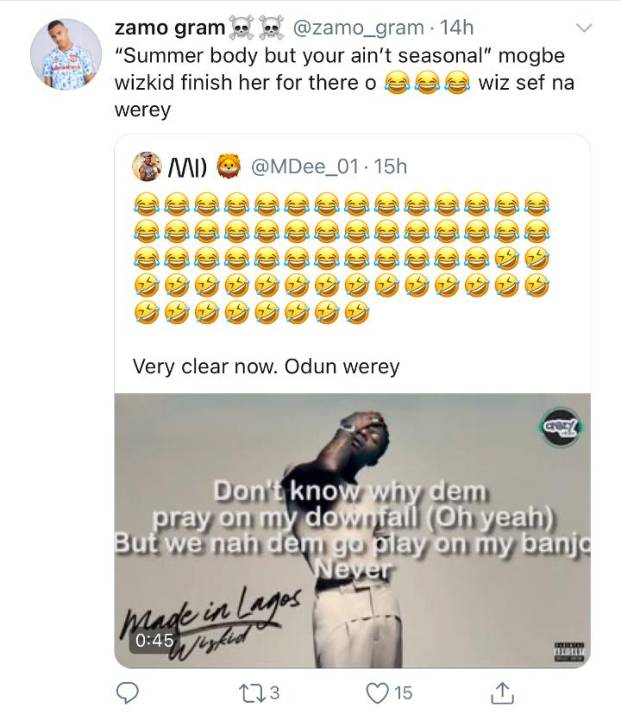 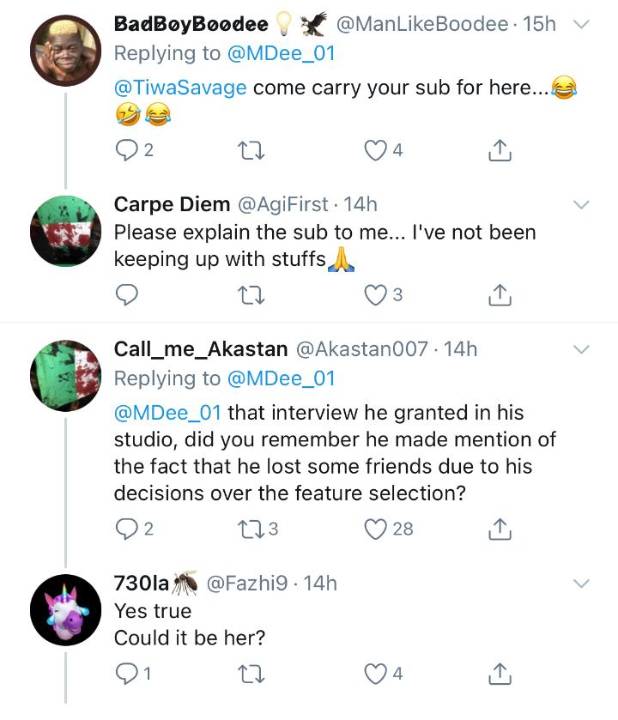 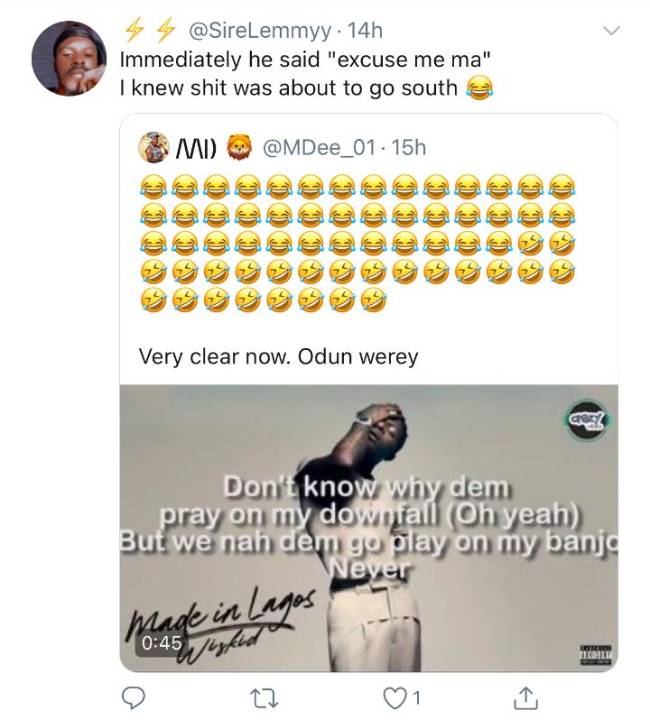 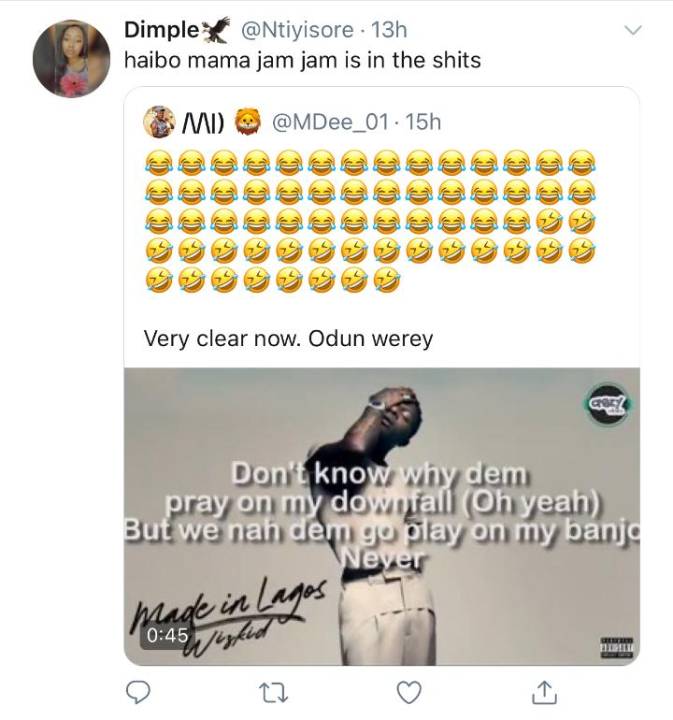 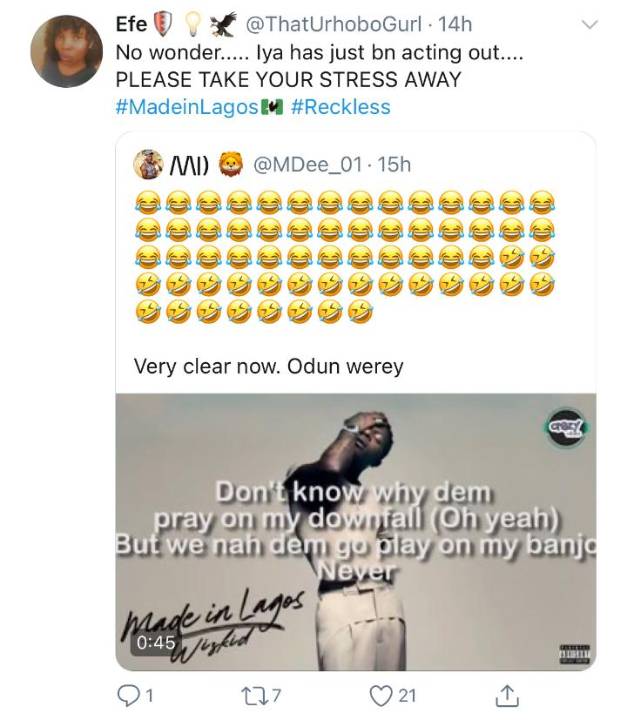