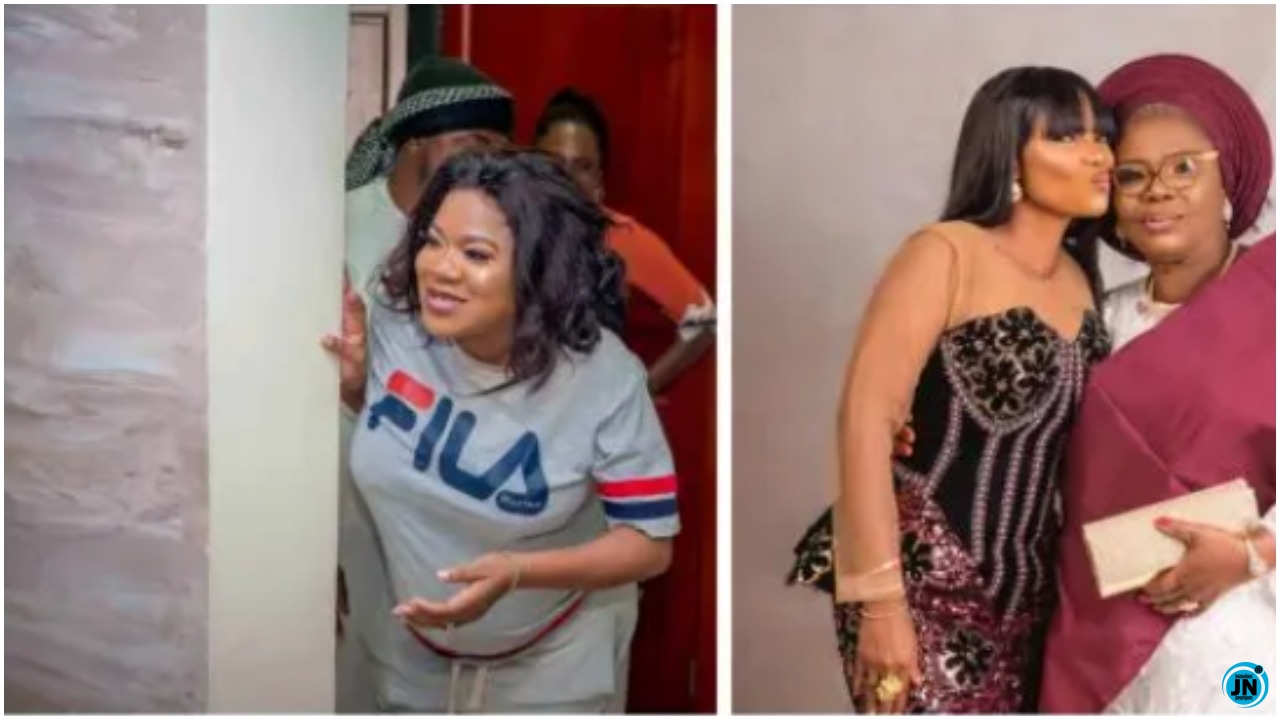 Nollywood actress, Toyin Abraham has finally revealed why she ignored colleague Iyabo Ojo on social media over her mother’s death.

“My mother, my jewel, my guardian, my pearl, this is how you said goodbye? We were joking about this days ago. I told you how much I want you to live long and watch the children become grown men and women but you said no; your joy was that I am happy. That your spirit would protect and be with us. Little did I know you were set to leave.

“With total submission to the will of God, I announce the death of my mother, Mrs. Victoria Olubunmi Fetuga, who passed away in her sleep in the early hours of today, Saturday 21st November at the age of 67-years. Mama, you might be gone but we, your children and grandkids would make sure your memories remain and linger on. As you promised, your spirit remains with us. Iyabo Ojo, your love.”

Her colleagues in the movie industry sent out condolence messages via the comment section however Toyin Abraham refused to reach out to the actress on her page.

A troll noticed this and called her out.

“I’m sorry to say, but pls you have not posted your big aunty Iyabo Ojo by wishing her well over the loss of her mother. I see you guys are so close. Why?”

“I don’t do social media, okay. Been in her house for two days, so pls.”

“I have been molested 5 times, the pain is forever” – Iyabo Ojo opens up (Video)
“I’ll throw the biggest one year remembrance” – Iyabo Ojo says, shares mother’s burial ceremony (Video)
Iyabo Ojo And Fans React To Faithia Balogun's Engagement
“I Can Never Be Replaced, We Lead Others Follow” – yabo Ojo