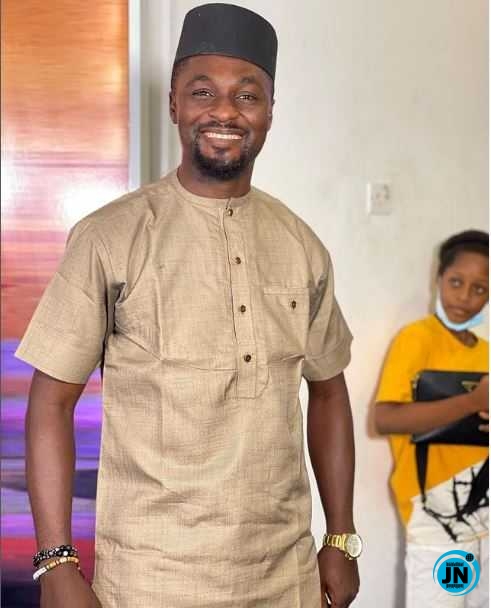 Adeniyi Johnson, the ex-husband of actress, Toyin Abraham has got tongues wagging after he took to social media to show off his girlfriend.

The actor who is currently married to his colleague, Oluwaseyi Edun flooded the gram with some dazzling photos of himself and his said girlfriend.

Adeniyi donned a matching native outfit with his ‘girl’ who is identified as the veteran Nollywood actress, Binta Ayo Mogaji.

Accompanying his photos with the controversial caption which raised eyebrows, he wrote: