Watch: This Trending Video Confirms Chioma And Davido Are No Longer On Good Terms
Posted by

It's starting to look like the whole rumours of Davido and Chioma breakup is real after a reaction on her live video yesterday is gathering responses. 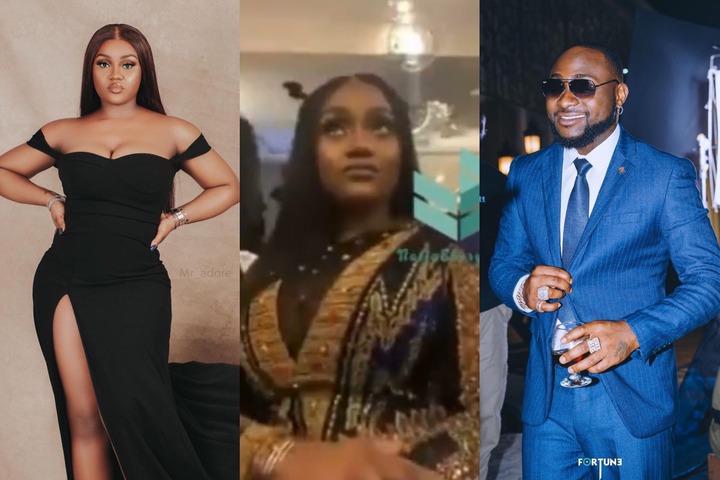 The Chef had her 26th birthday celebration yesterday, so she went live on Instagram, however a moment when Davido’s cousin stood up to give a remark, and Chioma’s reactions to it drew attention.

“I don't know if you are going to be angry, but I am going to say this, no matter what happens between you and my brother, he loves and appreciates you.

He continued, “You were friends before anything and remember you have a beautiful son together.”

The words alone from Clarks proves things have gone south between them, and Chioma’s reaction in the video is another one to pick out.

Chioma gave a very serious/curious look that has a mix of someone angry or curious to hear the following line the person speaking has to say.

No Nigerian Blood Needs To Be Spilled During A Peaceful Protest That Seeks To Advance Our Country – Former President, Goodluck Jonathan Speaks On #endsars Protest
Talking about Buhari’s administration not good for my sanity, Wole Soyinka says
’30 never look this good’ Bobrisky brags as he celebrates his 30th birthday
Davido Has A Goodnews For His Fans