Chioma Avril Rowland has shown how much the speculation about Peruzzi adultery has had an impact on her relationship with Davido. 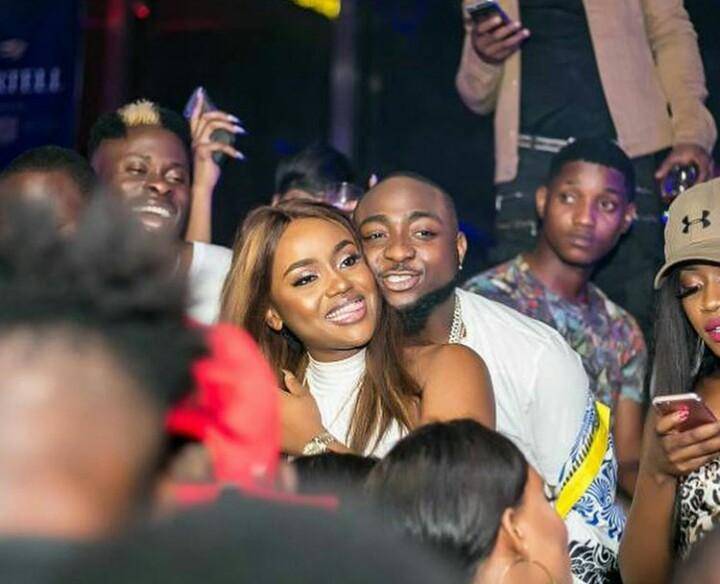 The lovebirds were seen at a night club that had the time of their life, while some social media users also claim she had an affair with Peruzzi, who then moved her on to Davido as her cousin.

A few days after she arrived from abroad, the night club hangout came where she gave birth to a son for Davido named Ifeanyi Adeleke.

As seen below, the pair that was about to be married looked happy and almost unbound as if the gossip had not hit their hands.

A date is yet to be confirmed for the wedding but it will definitely be the year 2020.

After a very long time, #Davido and #Chioma finally spotted together at a club house

VIDEO: Chioma And Davido Storm Night Club Amidst Rumors Of Affair With Peruzzi
#BBNAIJA5: Watch The Moment, Vee Wrestled With Ka3na To Sleep Beside Praise For The Night (VIDEO)
Moment Security Beat Up Showgoers In Lagos Last Night (Video)
#BBNAIJA2020: “I Wanted To Kiss You Last Night, And I Meant It” – Dorathy Tells Brighto (VIDEO)