Music lovers in the United kingdom have called out Nigerian music superstar Burna Boy for making his ticket price for his concert at the 02 way higher than Wzkid’s price. 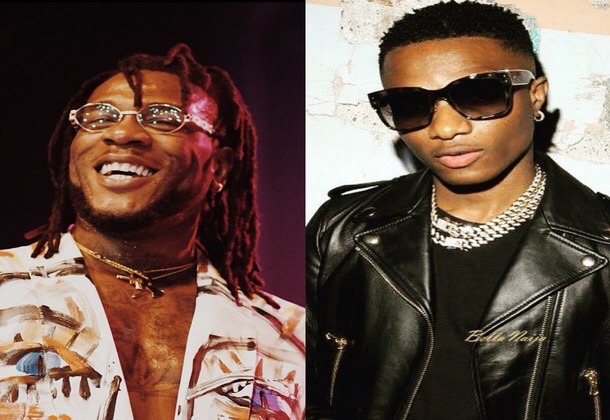 The superstar singers who have one Grammy each under their belts have both announced their concert at the 02 Arena with Burna Boy’s own slated for Friday, August 27, 2021, Wizkid’s concert will be happening on Sunday, November 28, 2021.

The lovers of their musics in the Uniter Kingdom have, however, happy that their favourites will be performing at the 20,000 capacity event centre, but something has baffled them.

These fans have taken to popular social network Twitter to rage about the price of Burna Boy’s concert as compared to Wizkid as they feel the ‘Essence’ crooner price should be more expensive.

“Burna boy… are you not ashamed. Why should I go to your show when you made me pay £110 for standing but Wizkid is £48,” a tweet from a lady reads.

“Listen I’ll swap my Burna tickets with someone for a Wizkid ticket. Pls”

“Burna boys stupid ticket prices really had me thinking I was gonna be paying £150+ for Wizkid, ” yet another tweet from a lady on the platform. 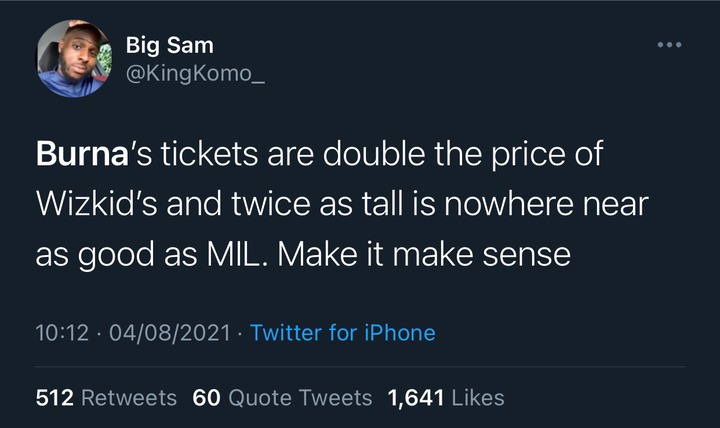 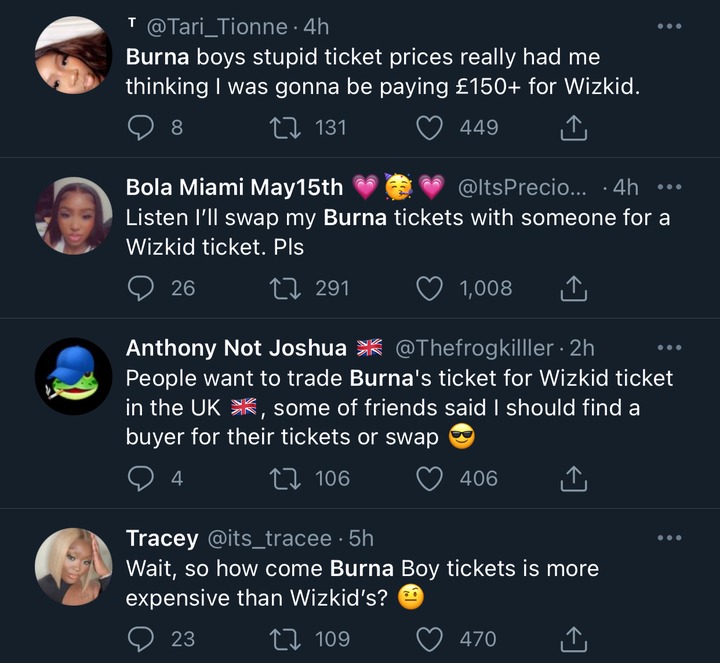 #BBNAIJA2020: Laycon Reveals He’s Not Going To Relent, On His Quest To Win Erica’s Heart. (VIDEO)
Denrele Edun reacts as Blessing Okoro inks tattoo of his name on her arm (Video)
Idris Elba reacts to criticism for having his wife beside him while announcing coronavirus status
Davido captured on video enjoying boat ride with his alleged new girlfriend (Video)

This is the last time I'm using this fake and biased website, always posting negativities about Burna while promoting wizkid... You need to go learn how to be a blogger.. Shitty anti Burna blogger