Growth is important in anything in life. Every single soul out there wants to grow in anything they do and definitely Ayodeji Ibrahim Balogun popularly known as Wizkid is no exception. 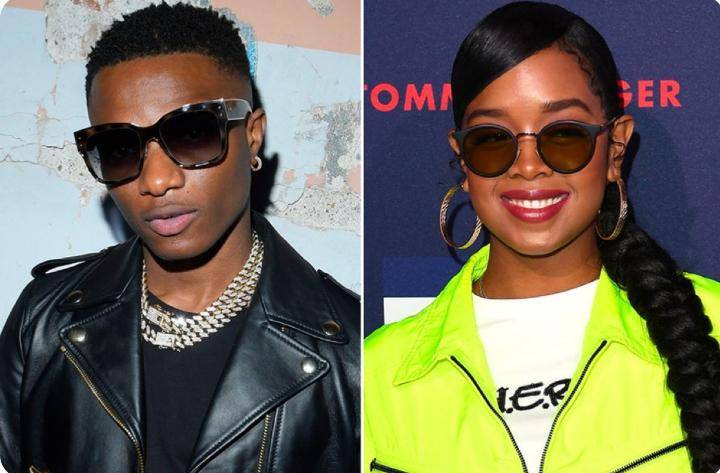 In the early years of the last decade, Wizkid came through as that young act with great singing talent which people fell in love with.

He remain constant and true with his sound, he did Pop, Afro pop, dancehall, highlife and Afrobeats music. Wizkid is never that artist you’d place in just one genre.

In the last 5 to 3 years he has tweaked his sound to fit into different collaborations with artists from Europe and even down here in Africa.

He is versatile and he won’t hide it.

His new Music ‘Smile’ has hit mixed reactions but you can say as usual, that’s how Wizkid songs are always met with mixed feelings.

But the reactions to this is quite different. Some Nigerians have condemned this new track mostly because of the genre it came through with.

A whole lot were expecting that same Afrobeats music but it came as a infused Reggae, R&B/Soul song.

But we need to know, Wizkid is one artiste that likes to flex on his capability. He is that person that dives into new things and come out great.

WizKid’s ‘Smile’ featuring American singer, H.E.R is proper good music if we are to be honest.

Wizkid is aiming for the Grammy’s he has to dissect and play with different and new sounds.

Over the years he has been doing what you want but did he get what he wanted ? No. He needs something new to get that Grammy award.

There’s a saying that states that, ‘to catch a monkey, you have to act like a monkey,’ which means he has to do that proper sound to get that proper award.

The funny thing is, some people might thrash this song but listen to songs by foreign artists of the same genre.

If you could check out the comments under the song on YouTube, a whole lot of foreigners are applauding it.

See screenshots of some of their comments below: 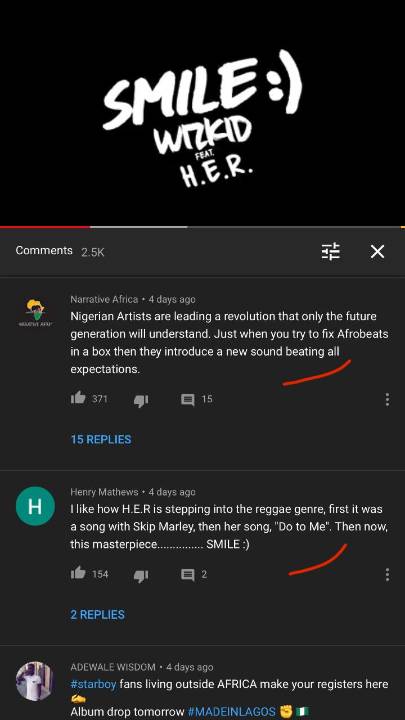 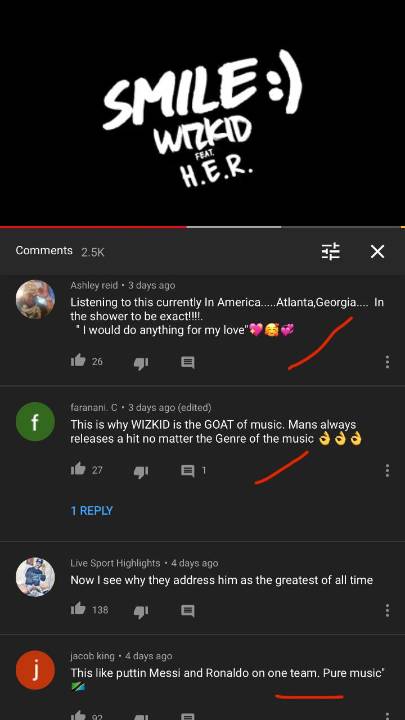 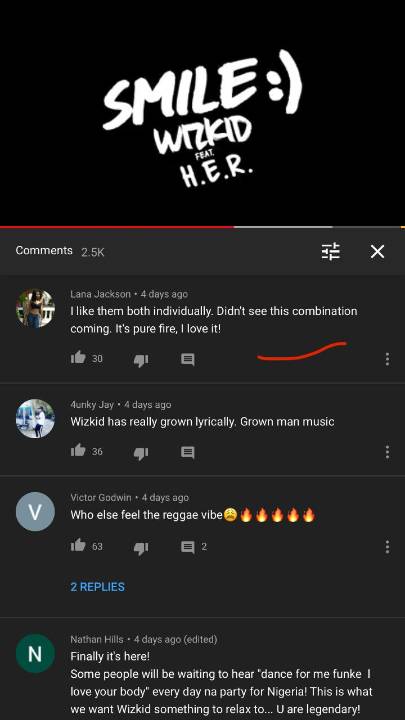 In conclusion, Nigerians who are not enjoying this new Wizkid song need to understand that he is evolving and not just making that regular kind of songs.

This Is What Nigerians Who Are Not Enjoying Wizkid’s New Song, ‘Smile’ Need To Know