Tape Saga: “Tiwa Savage is yet to apologize to us” — Delta Governor’s aide drags singer
Posted by 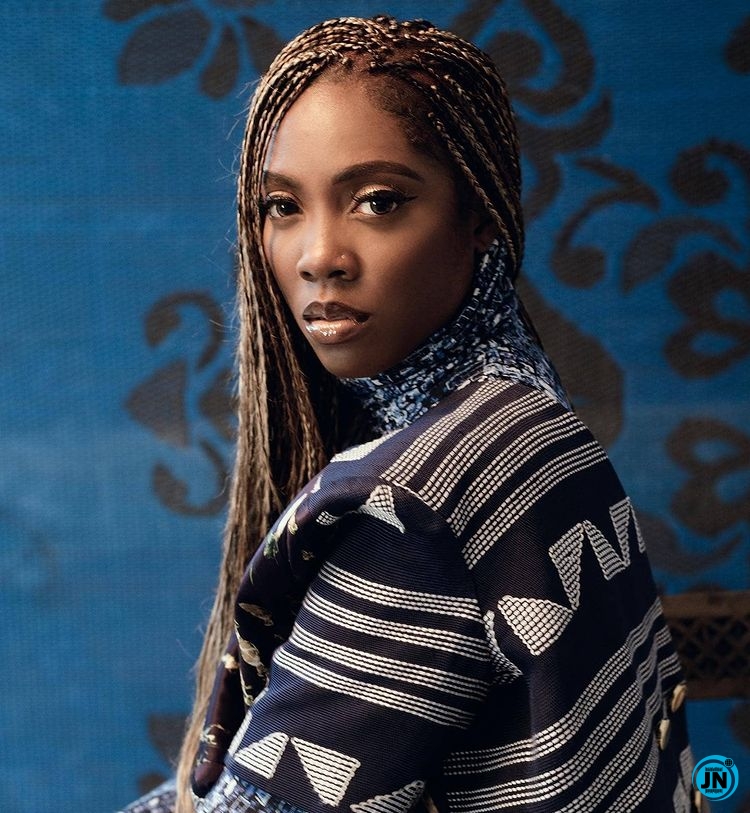 An aide to Delta State Governor Okowa, has said that singer Tiwa Savage is yet to give an apology, following her leaked tape saga.

The week has been dominated mostly by the Tiwa tape scandal and just when we felt it’s getting cold; Ossai Ovie Success who is an aide to the Delta State Governor has blasted Tiwa Savage for not putting out an apology.

According to him, the “Somebody’s Son” crooner is yet to apologize to fans, and people standing by her are just doing an act of “senselessness”.

“Tiwa Savage is yet to apologize to us. I don’t see why people are standing with Tiwa Savage over an act of senselessness.

I understand she might end up being depressed if the people who are standing with her speak against her but in as much as we don’t want anything negative to happen to her we mustn’t support that Senseless act.

A lot of our young people look up to her and she end up disappointing everyone.

As she is bold to accept the Sex tape, she should be proud to apologize to us. We should stop supporting what is wrong.

It’s not normal for two people to video themselves while making out . It’s an act of abnormality.

By now, The video must have affected our young ones negatively.” 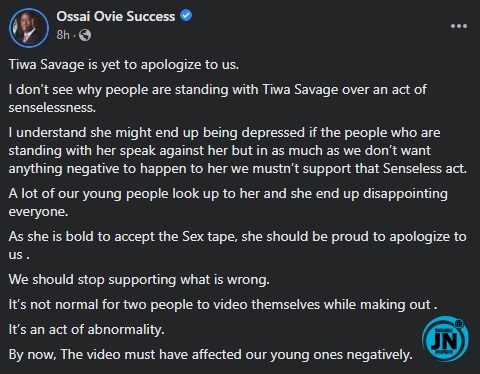 “So much hate in the industry” – Man says as he shares his chat with Tunde Ednut about singer, Teni
“I was a virgin until I was 24-year-old” – Singer, Flavour (Video)
”No Igbo Woman Will Break My Heart This Year” -Singer, YCee Prays
Singer, Chidinma Ekile storms beer parlour to preach the gospel (Video)