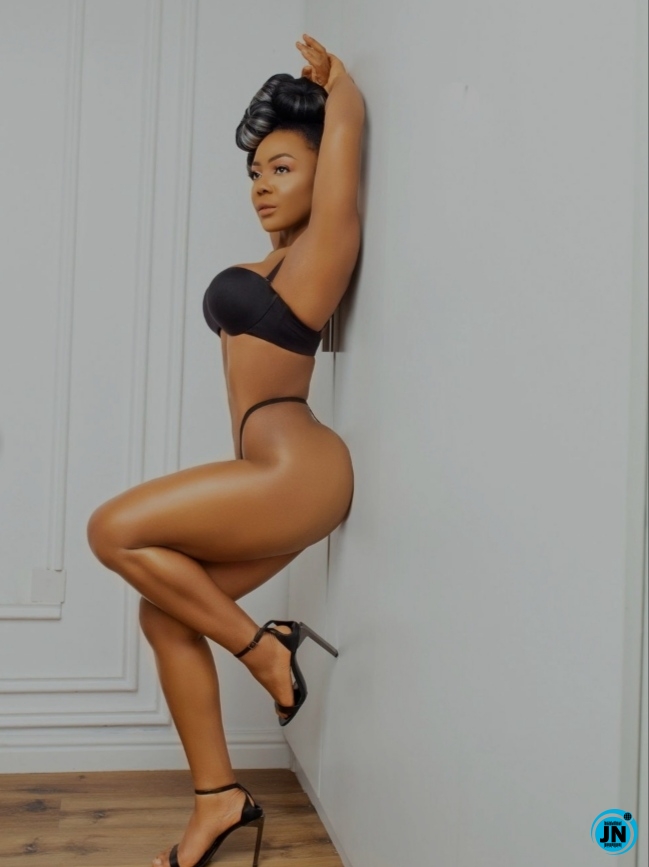 Reality star Ifu Ennada has been under huge criticism over the caption of some bikini photos she shared on social media.

Ifu Ennada, in the caption of the post, referred to herself as a born again.

”I Am Born Again And The Spirit of God Lives In Me.”

Her caption, however, didn’t sit down well with many of her followers, who considered it inappropriate as they took to the comment section to criticise her.

The reality star, in a recent statement, has now apologised; she, however, insisted that she is a child of God.

“Guys I’m Sorry if The Caption of My Last Post Offended You, I’m a Child of God, but I guess the Caption wasn’t appropriate…
___Now can you please stop insulting me? I don’t have strength for clapbacks and I’m running temperature.”

“Quoting Banky’s statement with ‘LOL’ is insulting, implies he’s lying or saying rubbish” – Man tackles Wizkid
Nigerians Give Wizkid An Ultimatum After Insulting Reekado Banks
Annie’s Brothers Attacks Charles Idibia For Insulting Their Mother Publicly, Demands An Apology
“I woke up and you all are still crying’’ – BBNaija Tolaji Baj blasts those insulting her over arguement with Vee (Video)