Popular Nigerian music superstar Simi never ceases to amaze her fans with new updates on how she and her daughter, Deja, are fairing. 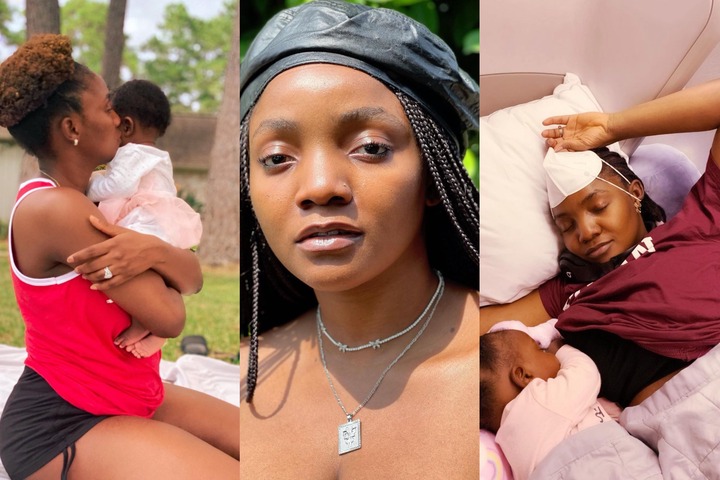 In her recent Instagram story, the ‘Duduke’ hitmaker had just revealed how her daughter, Adejare ruined her vocals when she was recording new music.

She stated that although her daughter's voice popped into the recording, she will leave it for her fans to hear it.

According to Simi, she just sang the line, “nobody stressing me, ” then Deja started crying. Well, that goes to show her daughter is stressing her.

She wrote: “So I'm writing a song. I start recording. Immediately I sing the line "nobody stressing me", Deja starts crying. Lol. Gonna leave her voice in there so people know I'm lying.”

Check out the screenshot below: 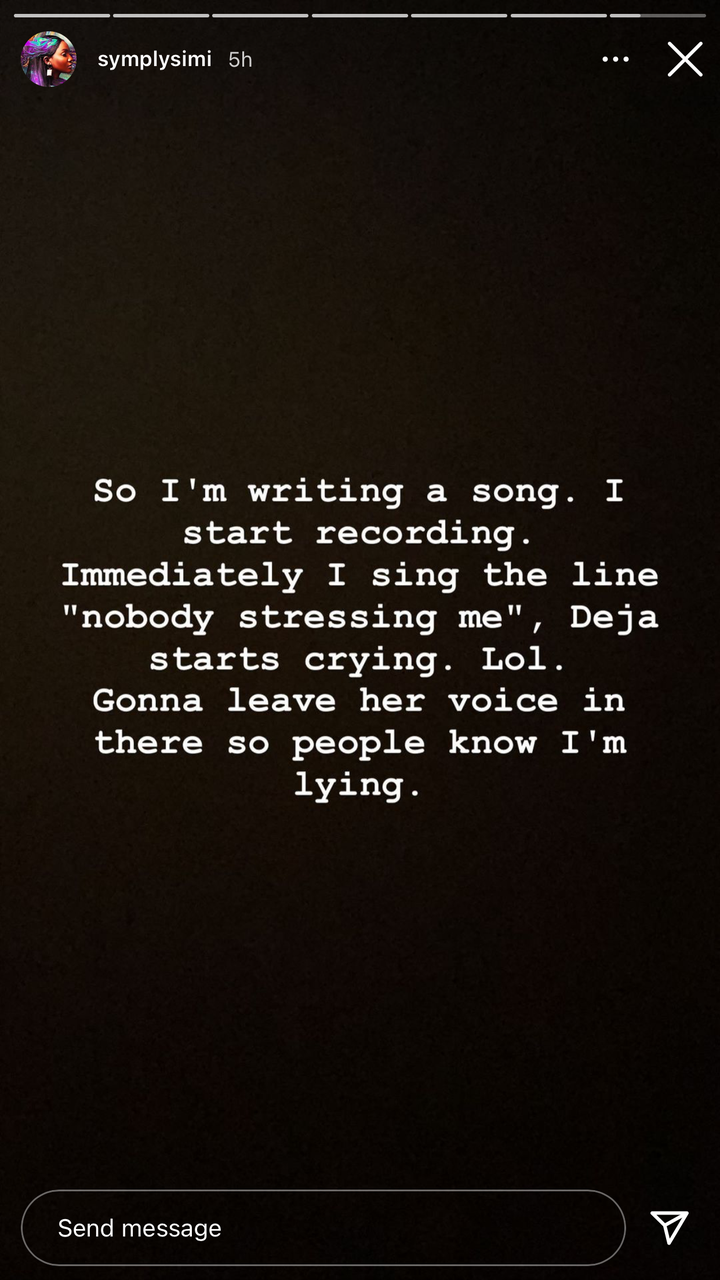 Simi, in recent months, has given her fans a view into how she records with her daughter.

In a video she posted, Deja could be seen sucking while Simi kept on recording.

Check out some photos below: 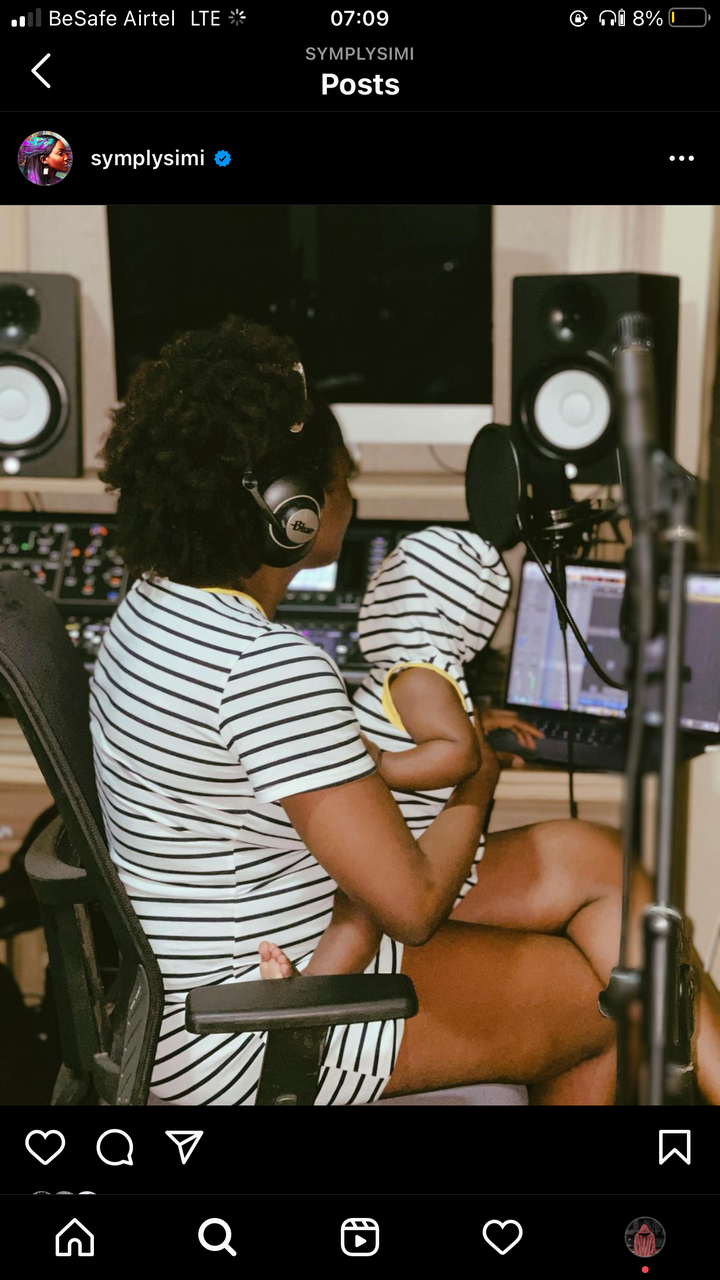 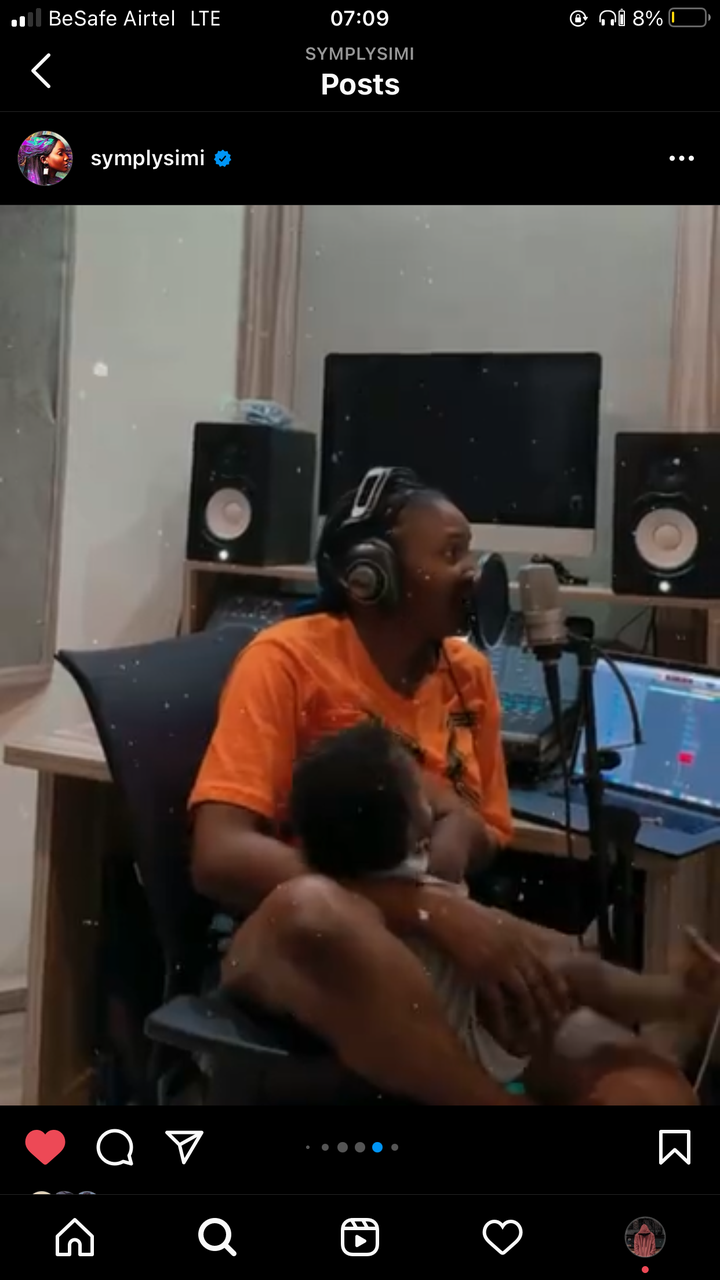 Dudu Heritage Opens up finally about his marriage crash with Bimbo Oshin's
IG Users React To Hilarious Video Of Dubai Returnee Dragging Trolley With An Airport Staff In Ikeja
‘He Is The Wizkid Of Nollywood’ - Nigerians Hail Odunlade Adekola On Twitter (Photos)
Police rescue abducted village head, 3 others in Ebonyi community