He has since been working with the company to promote the energy drinks’ identity to Ghanaians.

As it stands, Storm Energy Drink is one of the most consumed ‘energy drink’ brands in Ghana — and Shatta Wale deserves to be praised in playing a major role on the drinks’ command over other competing brands in the market.

More so, it’s evident that Kasapreko is impressed with the results they’re getting with the dancehall musician.

For this reason, they have extended their deal with him.

He wrote: “Credible brand ambassadors offer many benefits, with the most important being the ability to give your brand a boost, spread positive messages, and influence consumer sales. The most effective are those who act as spokespeople for your brand.

Today I joined Charles Nii Armah Mensah to open a new chapter in our relationship with Kasapreko. Expect something big and amazing this year , #SM #Storm” 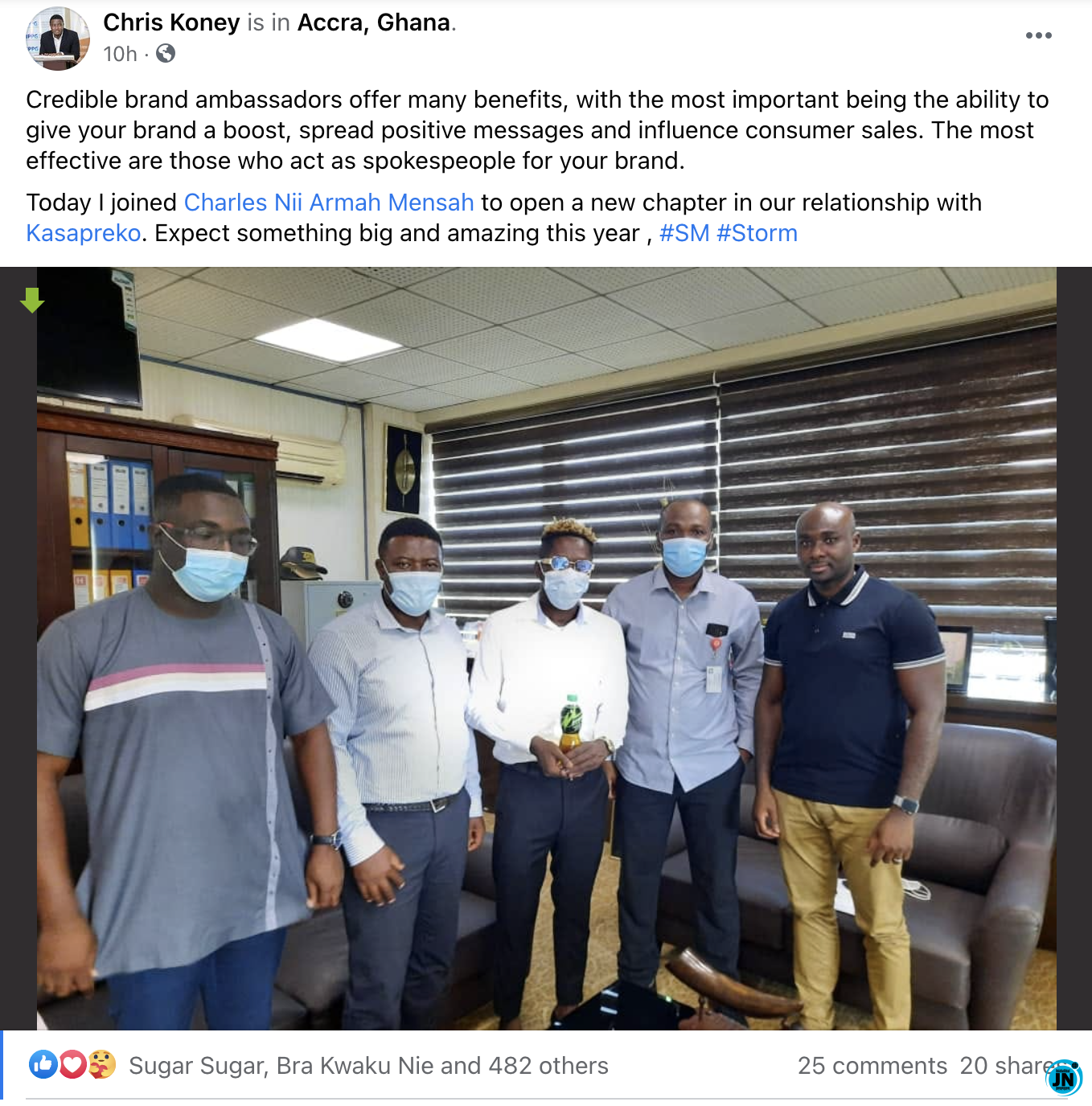 Congrats to Shatta Wale, more cash has been loaded into the bank account by now.

“Any lady that tells you to send her transport money is not good enough for marriage” – Lady advises bachelors
’Coronavirus Is Disturbing This One’ - Bobrisky Says As He Exposes Man Who Sent Him These Messages
“Everyone is dying around you, hope it won’t get to fans” – Troll attacks Davido
Fans excited as Whitemoney links up with AY Makun for music collaboration