Nigerian musician, Seun Kuti, has taken to his social media to share a letter sent by the government threatening to shut African Shrine if he goes ahead with the launch of his “political resistance” called The Movement of the People.

Taking to his Instagram, he revealed that “the government” made the threat in a call to his elder sister.

So yesterday the government called my eldest sister @yeniakuti and threatened to close the shrine if I hold my event there tmr and also sent a letter to back it up. I respect my families decided not to hold the event as is but I will still go ahead with all the other organizations to launch THE MOVEMENT OF THE PEOPLE tomorrow and start our political resistance to the tyranny of this oppressive regime. Slide left and you will see the flier. This is a meeting, just a meeting of organizations and they are basically banning the right of association. Why are they afraid of the people organizing? What is democratic about this act? The last time we tried to launch the government quickly called curfew and this time they have used threat but you can’t stop the will of the people. #getthesax #liberationgeneration #wenodoagain #endoppression.” 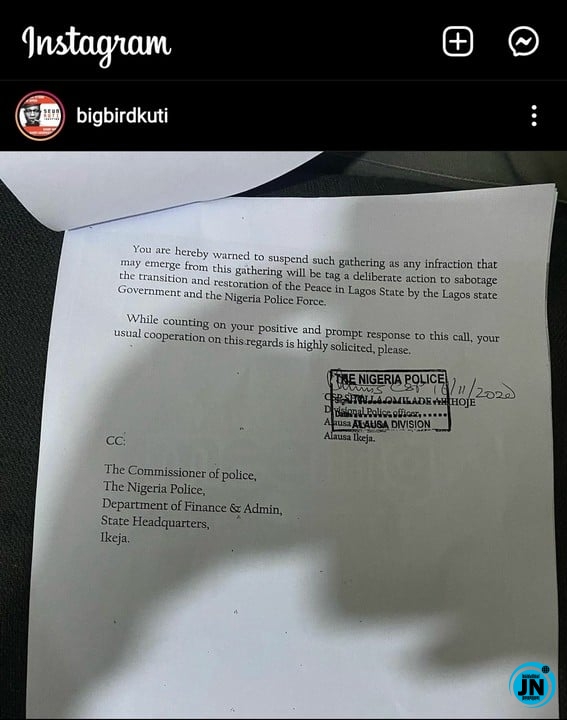