Nigerian Afrobeat sensation, Davido is going crazy on the head of a die-hard fan as the fan has proven his allegiance to Davido by tattooing the singer's face and his record label logo, the DMW mark on his laps. 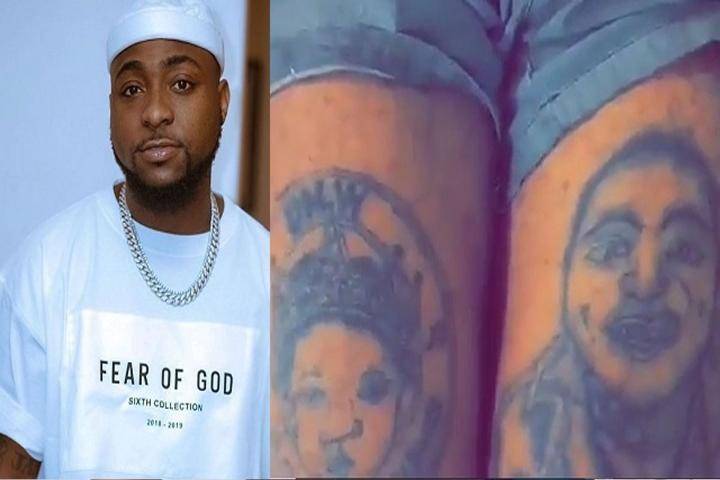 The fan known as Dayo has revealed on social media Davido 's permanent tattoos showing how much he loves him.

Meanwhile, some comments have followed the video. Check out what some Instagram users said in the comment section of the video below:

Meanwhile, this is not the first time Davido would be getting some thing like this from his fans.

Another example is now popular reality TV star, Tacha who got a tattoo of Davido's logo on her chest some years ago.

See Photos Of Davido’s Mother, Veronica Imade Who Died At Age 39
#BBNAIJA2020: "I Will Be Able To Control Myself If I Try Not To See Kiddwaya" – Erica Cries Out
See Reactions As Bishop Oyedepo Predicts End of Coronavirus In Nigeria Just Like TB Joshua
See The Tricky Way DJ Cuppy Chose Who Is Her Favorite Between Wizkid And Davido (Photo)