The heavy downpour in Lagos in recent days have caused a lot more than we might have thought as reports shows that it destroyed a school and several houses.

According to new reports by popular news medium, PUNCH NG, the heavy downpour that happened on Sunday midnight has rendered some residents homeless.

This situation is at Iragon community, in Badagry Central Local Government Area, but according to the report no life was lost to the unfortunate incident.

The Lagos State Emergency Management Agency noted that the rainstorm affected and caused severe damages to several buildings such as a school, a church, a community town hall, and several residential buildings.

This is so sad to hear.

Meanwhile different reactions have followed o social media regarding the incident and below are some reactions but before that checkout some photos of the affected areas shared by Punch NG on their website. 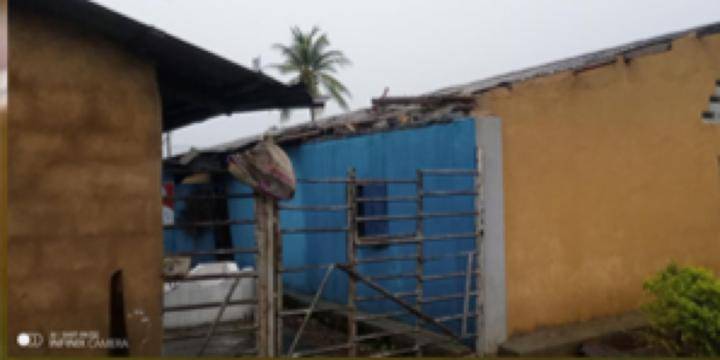 Rain is a good tool of test for government projects

Its a good building in look but bad materials

See newly built schools o... the contractor need to be sue for this poor construction. Cuz am very sure he would have bought 2houses in Lekki after this poor project. 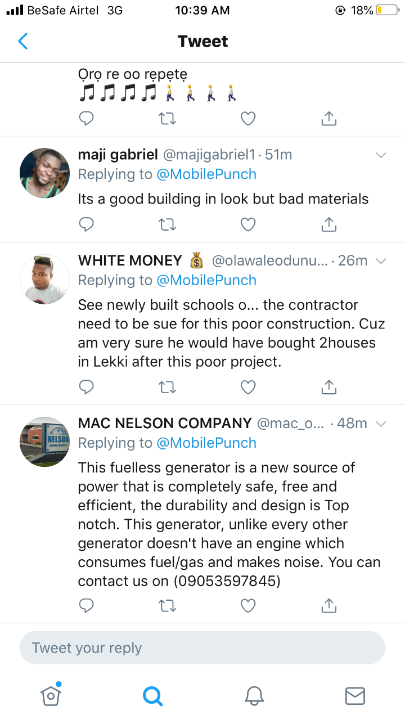 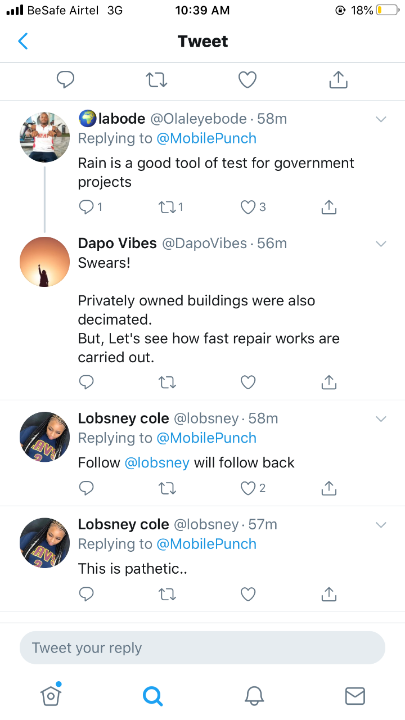 ‘The First Ever’ - See What Twitter Did For Wizkid Ahead Of His ‘Made In Lagos’ Album Release
‘When I See You I See Me’ – Davido To His Second Daughter, Hailey Adeleke
I Would Love To See Lesbianism Legalized In Nigeria – Diane Reveals
So Sweet! See Where Regina Daniels Tattooed Her Son Name On Her Body (See Photo)