Ike Onyema, an ex Big Brother Naija housemate, has brutally reacted to an Instagram user who ridiculed him about his old girlfriend and her new boyfriend. 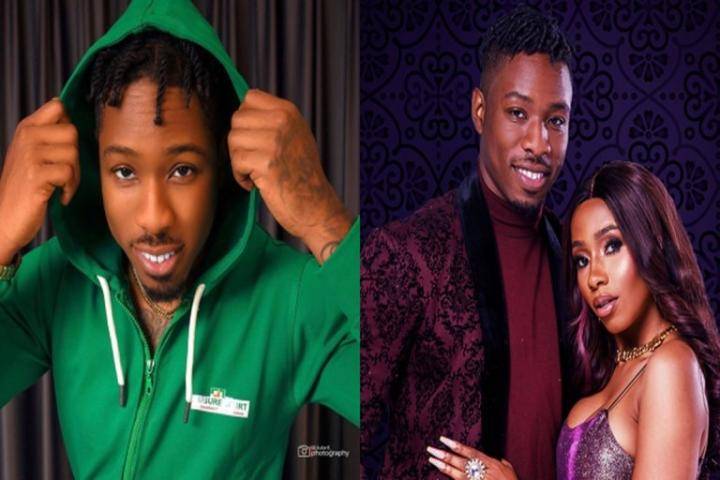 Ike Onyema shared a video of a luxury car and encouraged his followers to work harder to make money, and after doing that he was shaded by the IG user identified as tunezmediablog.

The user told him that the car he is driving is just the same car bought for Mercy Eke by her new boyfriend after they broke up.

Ike however had a payback as he replied him in an harsh way.

Check out their exchange below: 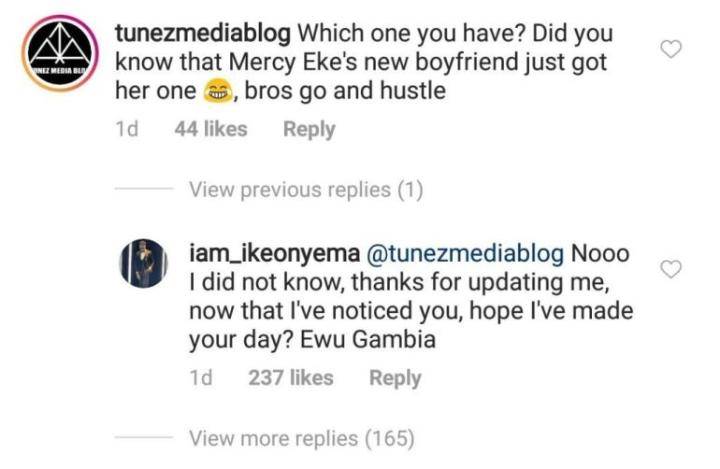 Mercy and Ike break up definitely came as a shock to majority of their shippers as they use to be and item on the popular Nigerian reality show, Big Brother Naija.

Months after the show, they still continued their love affair and even had their own reality show, ‘Mercy & Ike’ but now their relationship have hit the rocks.