Ruger, a Jonzing World musician, recently sent out a tweet regarding his interaction with a certain producer, which created a lot of backlash on Twitter, with many people denouncing him. 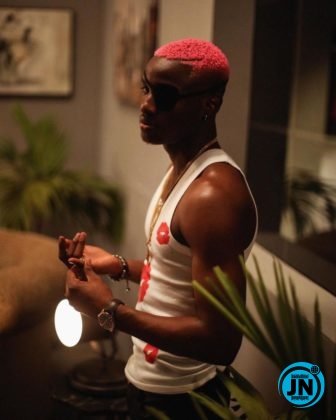 Ruger disclosed in a tweet that the producer who is now in his DMs had previously expressed his want to work with him for free, and Twitter users were divided in their responses. On Friday, January 21st, 2022, he announced it on his Twitter page.

Ruger published The Second Wave, his sophomore EP, last month, which featured four gorgeous tracks produced by Kukubeats, a frequent collaborator. Ruger released a preview for the song Dior before releasing the album, which piqued people's interest in the music. The song debuted in the top 10 on the Apple Music list in Nigeria shortly after its release, trailing only Mayorkun's Holy Father for a short time.

Ruger said in a recent tweet that the producer entered his DM after rejecting him as an unknown musician, and he certainly did not expect the responses he received. Many individuals believed that charging him for his services was reasonable.


SEE THE REACTIONS BELOW: 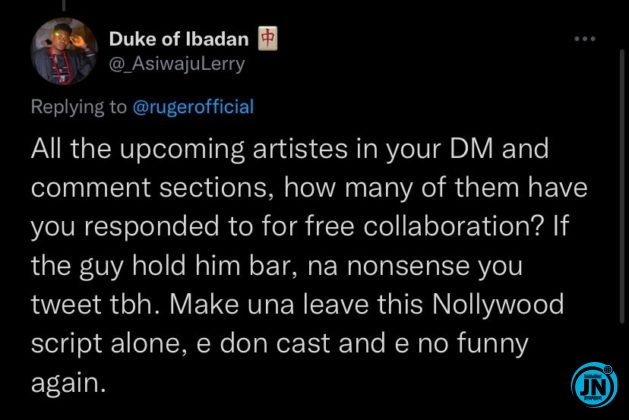 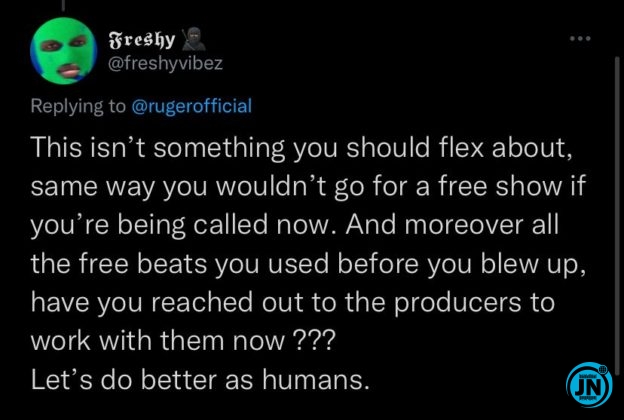 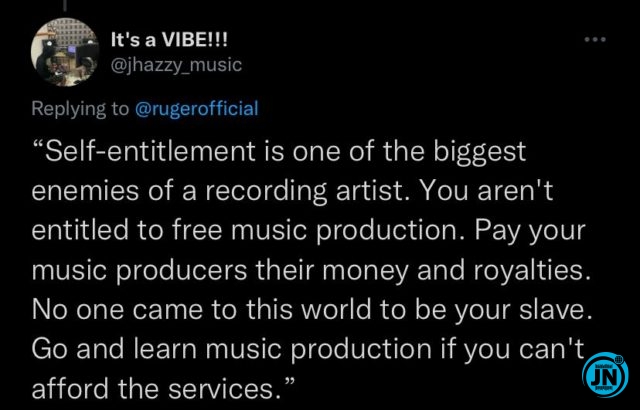 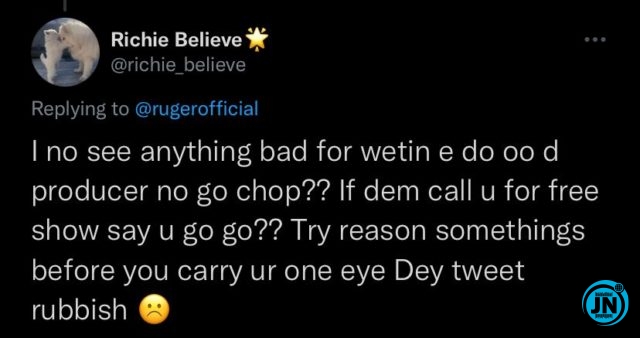 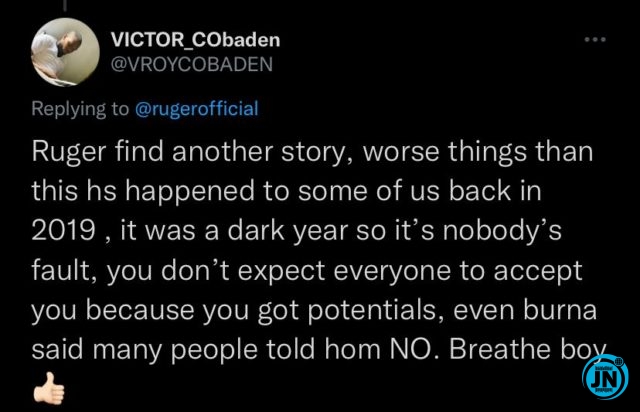 Video Of How Hushpuppi & His Gang Were Arrested By The Dubai Police, Surfaces Online (Watch Video)
“I’ve suffered so much in this administration but you people can’t shut me up” – Macaroni fumes; calls out Gov. Sanwo Olu
Rapper Olamide Reportedly Adds A 'Lamborghini Aventador' Worth N218 Million To His Garage (Photos)
Die-hard fan of Davido inks tattoo of ’30BG’ on his chest