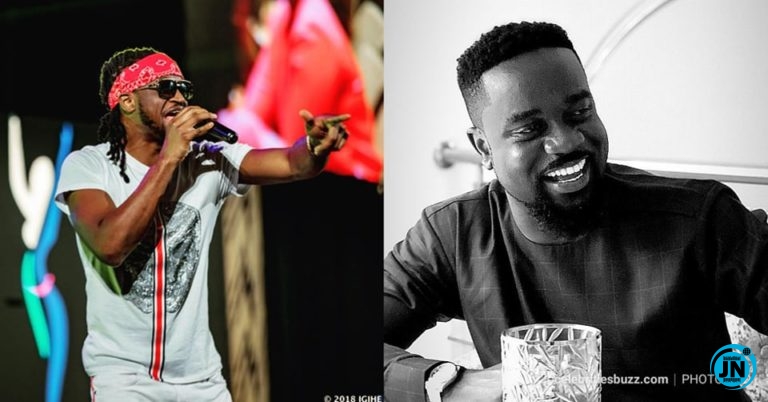 Popular and talented Nigerian singer, Rudeboy of defunct P-Square music duo, has reacted to Ghanaian rapper, Sarkodie‘s plea to ban Timaya’s trending “I can’t kill myself” track from playing at the gyms.

Sarkodie in a sarcastic tweet yesterday, called for the ban of the hit track, which is still gaining airplays and streams, since it's release.

“we need to ban Timaya’s I can’t kill myself song from all gyms”.

Reacting to Sarkodie‘s tweet, Rudeboy has also taken sides with the rapper, and is also calling on the ban of the hit track across all the gyms.

Although, what they meant isn't actually for the song to get banned because of it's content, rather it appears to be a hindrance to both Sark & Rudy, whenever they go to the gym, as they are not motivated by the song to exercise more in the gym. 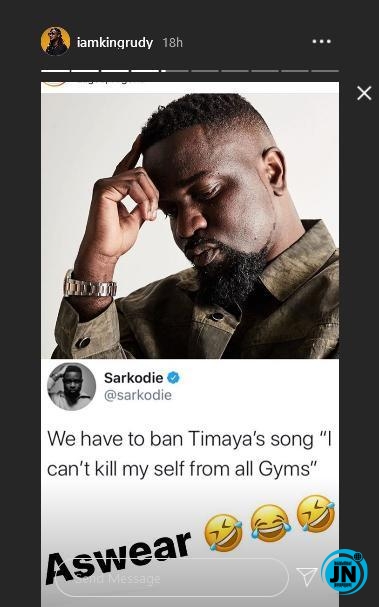 Dammy Krane Calls For The Ban Of Nigerian Music In Ghana
Davido Denies Taking His First Baby Mama, Sophia And Their Daughter Imade On A Vacation To Ghana
“Burna Boy’s Arrogance Is One Of The Reasons I Want To Sleep With Him” – Lady Says
“They Only Arrest Big Boys, Not Errand Boys” – Huddah Monroe Troll Guys Running From Social Media