Rema has said that he is working on a single with a well-known Nigerian producer. 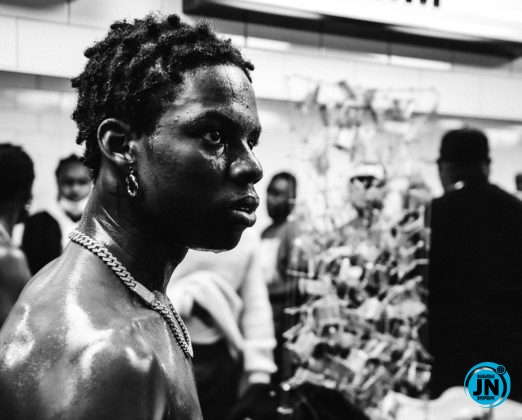 Divine Ikubor, also known as Rema, a sensational Nigerian singer, composer, and performer, has announced that he has a song with a well-known Nigerian music producer.

The Mavin Records Jonzing World signee, whose album 'Rave and Roses' is due out this year, said on his Twitter page today, January 7, 2022, that he has a single with Nigerian award-winning beatmaker Sarz.

He announced the news by writing on the government-banned social media platform:


Imagine Rema on a Sarz beat, yeah we did that. 😮‍💨 #Raveandroses

The prolific Sarz is known to have produced a lot of smash records, having worked with the likes of Wizkid, Skepta, Reminisce, Drake and a list of other heavyweights.

See What Naira Marley & Zlatan Producer Posted On Twitter That Has Made Nigerian Ladies Blast Him
Actress Juliet Njemanze speaks on sleeping with directors, producers to boast her career
The Importance of catch phrases or words to Artists, Producers and Disk Jockeys; how well does it boost artistry, an insight into Mayorkun’s ‘Of Lagos’.
Charles Awurum exposes the malpractices in Nollywood; slams actors, producers