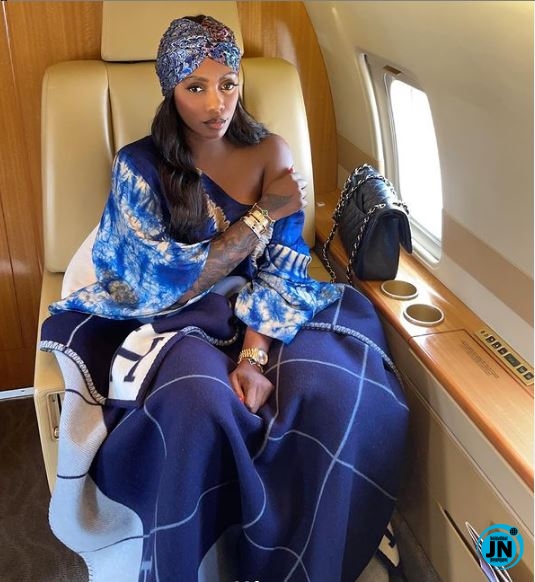 The highly-rated songstress, Tiwa Savage continues to mourn over the death of her father which occurred on 19th July.

Recently, the mother of one shared a video of herself where she visited her father’s home following his demise which seems to have affected her greatly.

Although she didn’t utter a word in the video, the write-up spotted conveyed a message on how she misses him so much. 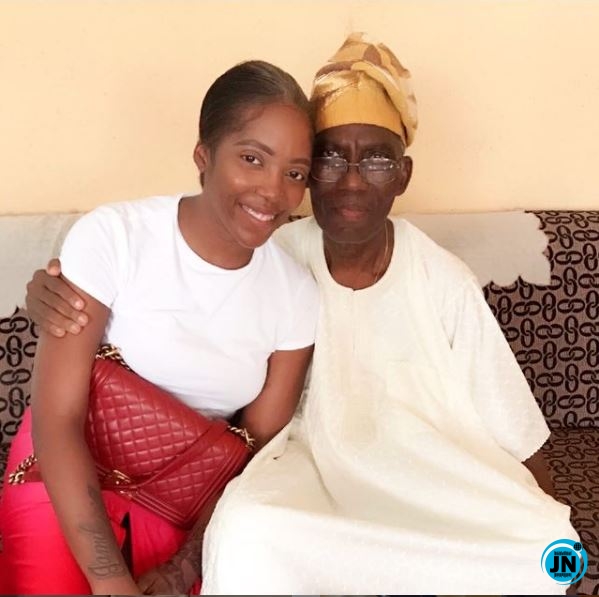 Tiwa savage on entering the house proceeded to a photo of herself and her dad during her wedding ceremony.

She also prayed that her father is watching over her despite being dead.