Its no longer a funny situation in Uganda as fast rising Nigerian artistes, Omah Lay and Tems have been charged to a court in Uganda. 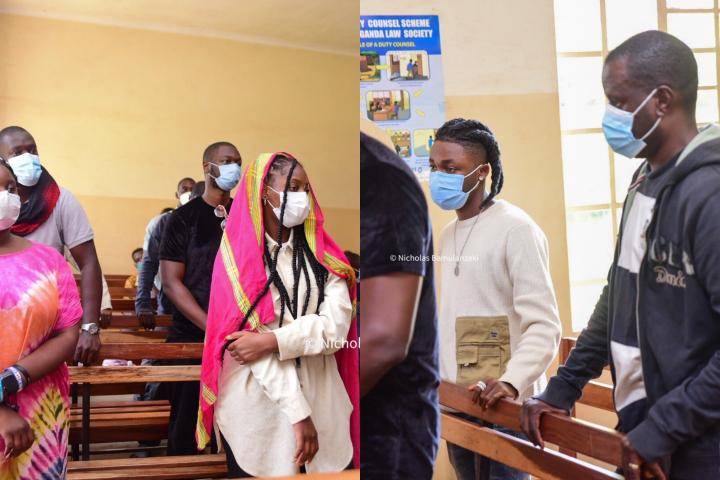 News popped in the afternoon of December 13th that Omah Lay and Tems have picked up by Ugandan Police Officers over a show that they performed at on December 12.

Well, the reason for the arrest of the two fast rising artistes is coming based on the grounds of the Coronavirus protocols in the country.

According to the Police, the convert which they performed at broke the rules and regulations laid down to be followed in the country.

News had it in the early hours of today that they will be released today but there is another twist as photos of the duo in court have surfaced.

Check out photos below: 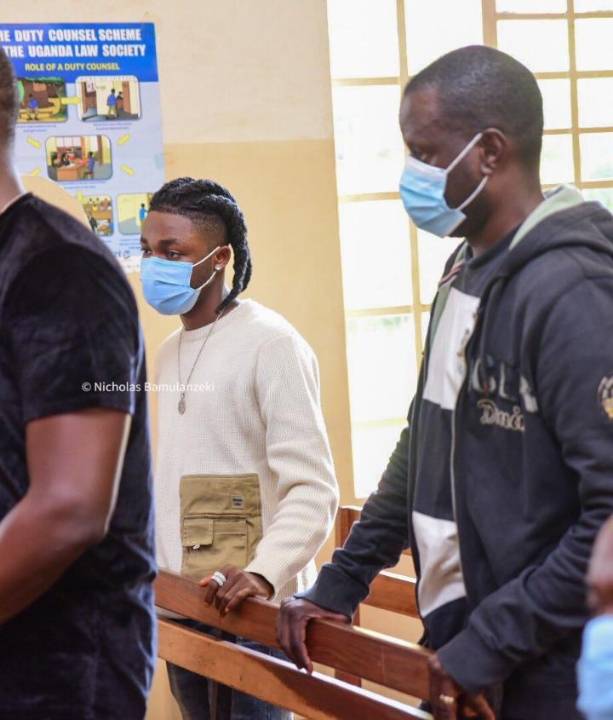 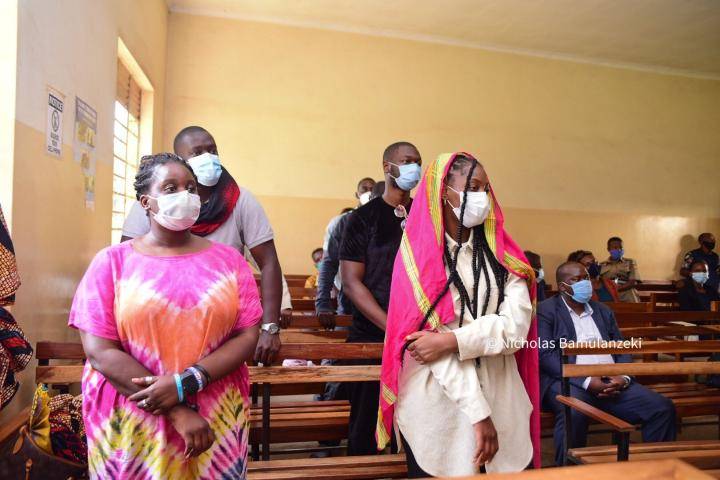 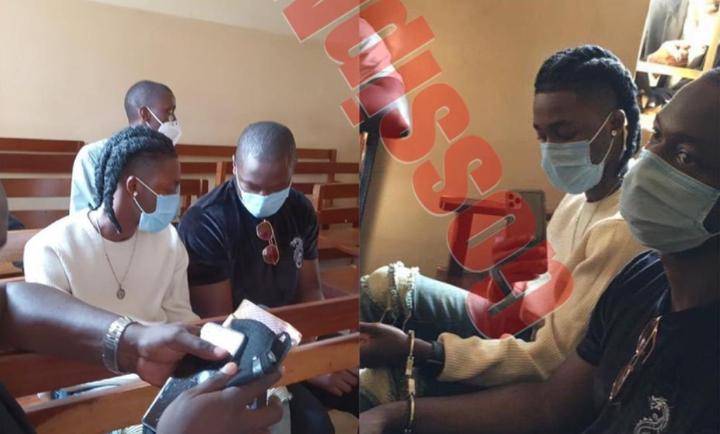 Top Nigerians celebrities have started airing their reactions to this and one of them is Fireboy DML. 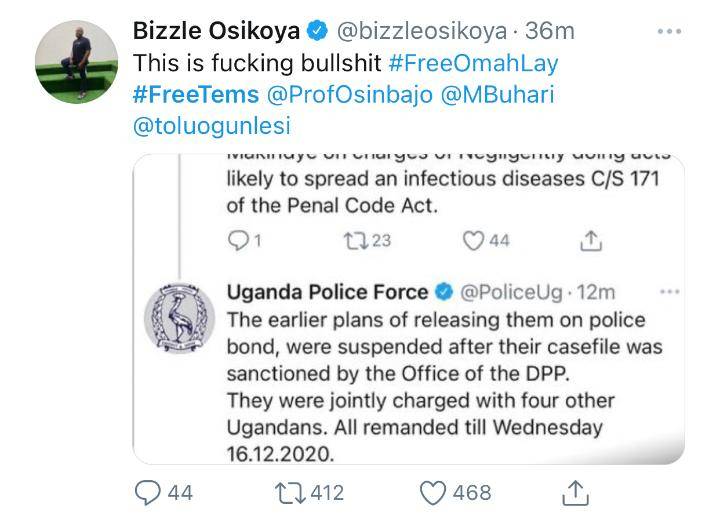 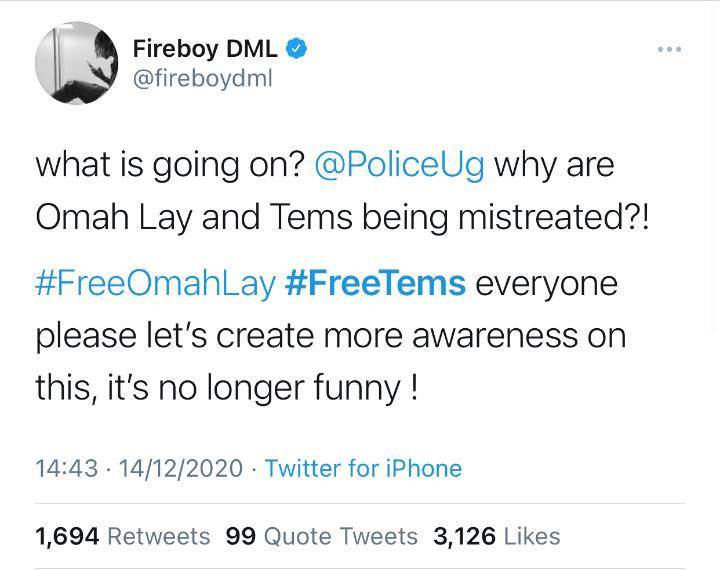