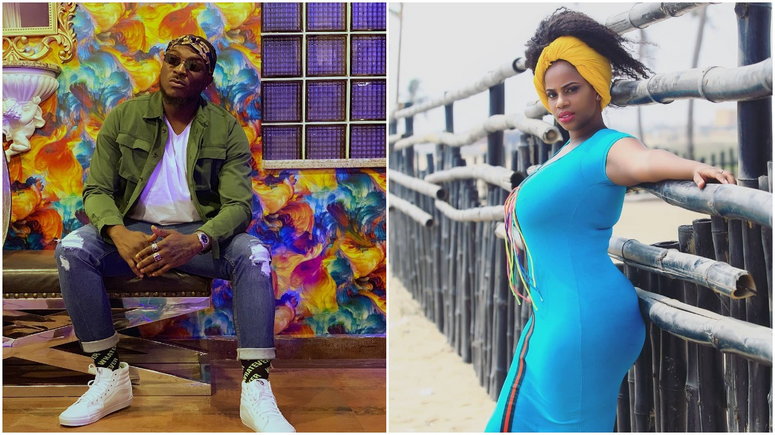 It looks like Peruzzi is going to have a very divisive year as he continues to wound up with the latest being a singer based in London who accused him of defrauding and sexually molesting her.

The singer based in the United Kingdom, Daffy Blanco, went to her Instagram page on Wednesday, January 29, 2020, where she called Peruzzi for defrauding her at N15 M's tune and trying to get her way.

According to her, a C.E.O. of a bank located in Victoria Island, Lagos, connected her to the music star. He had refused to carry out his side of the deal after paying Peruzzi the said amount of money. 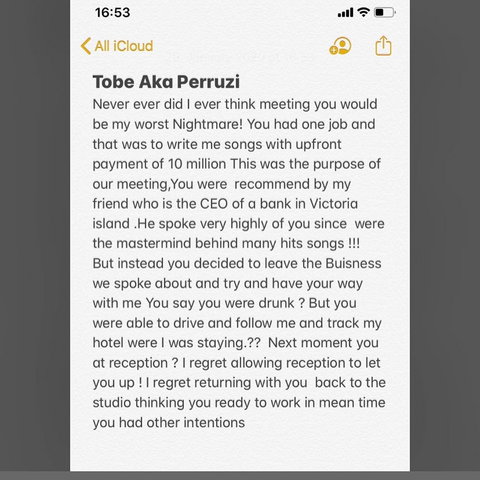 She went on to say Peruzzi physically hurt her and left a scar on her arm. According to her, she couldn't call for help because of the inefficiencies of the Nigerian Police Force when Peruzzi was trying to hurt her.

When she went on to share Peruzzi's audio recordings attempting to comfort her, it did not end there. Finally, she concluded that Peruzzi would be taken to court for defrauding her. It is not clear whether she'd add the claims of sexual assault to the suit. 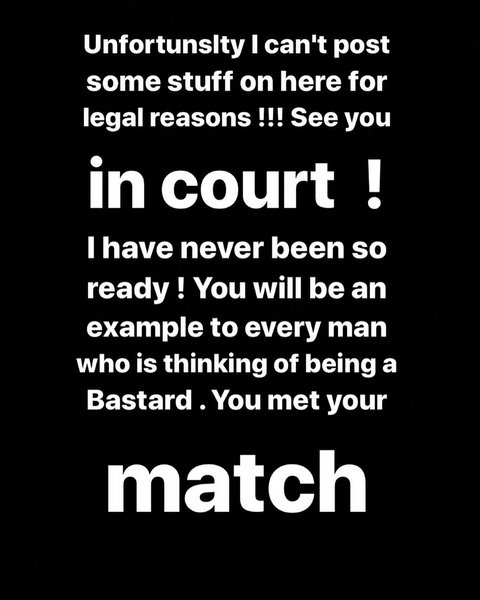 To these new allegations Peruzzi and his staff have yet to issue a statement. Peruzzi already has his hands full after a split between King Patrick and himself, the owner of his former record label.

‘My new boyfriend has couple of houses in Abuja’ – Tonto Dikeh boasts | (Watch Video)
Regina Daniels Share More Adorable & Exquisite Photos Of Her Baby Bump
Since I Went Solo, I Have Been Experiencing Peace Of Mind: Peter Okoye
SO SAD!!! Lifeless body of newborn baby found at refuse site in Calabar