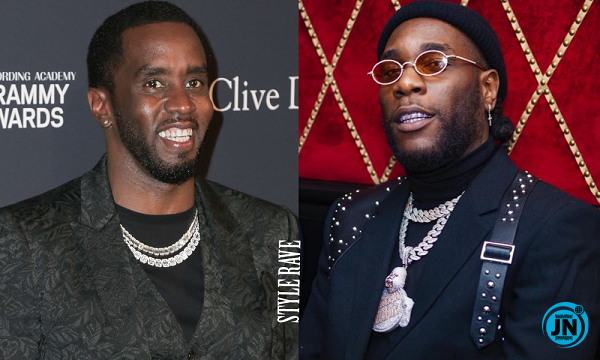 Superstar American music producer, Sean “Diddy” Combs known for short as P. Diddy, has hailed Burna Boy, further tagging him as a 'King' ahead of his "Twice As Tall" (TAT) album release.

The album by the African Giant crooner, dubbed as ‘Twice As Tall’, is scheduled to be released on August 14, and It features star names like Coldplay, Stormzy and Naughty By Nature with P. Diddy being one of the executive producers of the album.

The entertainment entrepreneur, taking to his official twitter page, wrote:

“King @BurnaBoy are they ready??? #TwiceAsTall”. 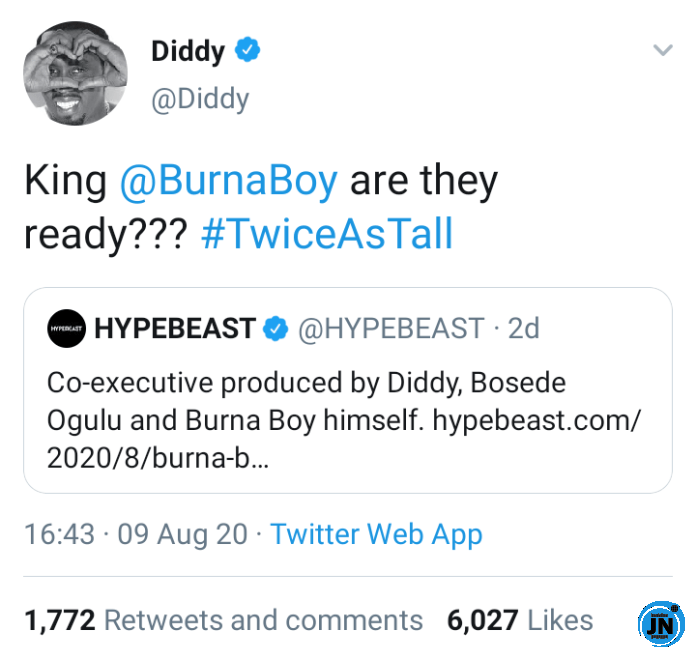