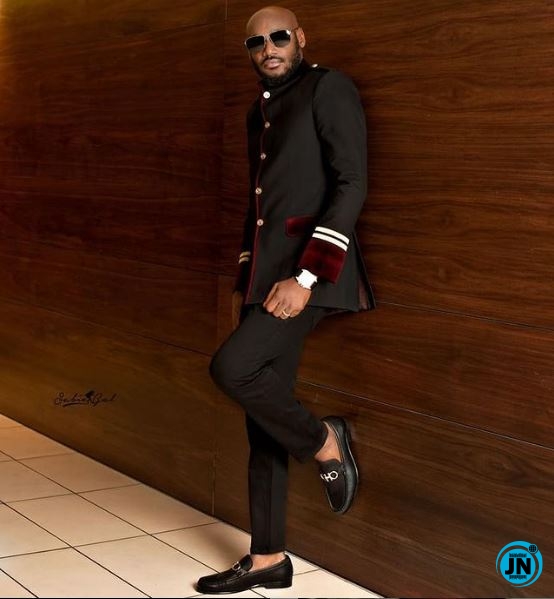 Renowned entertainer, Tuface Idibia has finally broken silence after it was alleged that the singer secretly fled from his home to America as a result of a serious disagreement that ensued between him and his wife, Annie Idibia.

The Instagram blogger, Gistlovers a few days ago had released a voice note which is believed to be that of Annie Idibia screaming at the top of her voice as she disclosed that Tuface with the aid of his cousin, Franky secretly left the country without her knowledge.

Lately, Tuface and his wife had been entertaining some fracas after she publicly called him out on social media.

Amid these squabbles, the singer took to his Instastory to make an unclear post which says a lot. 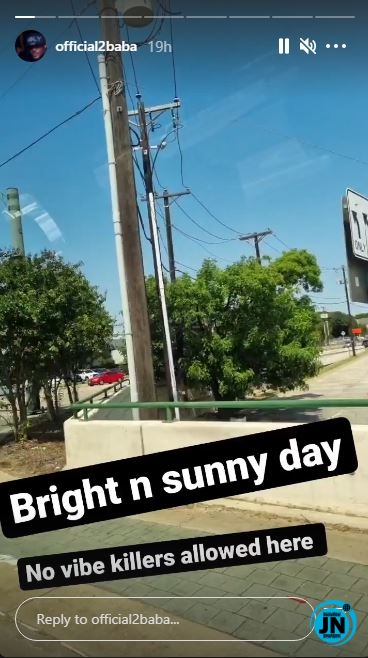 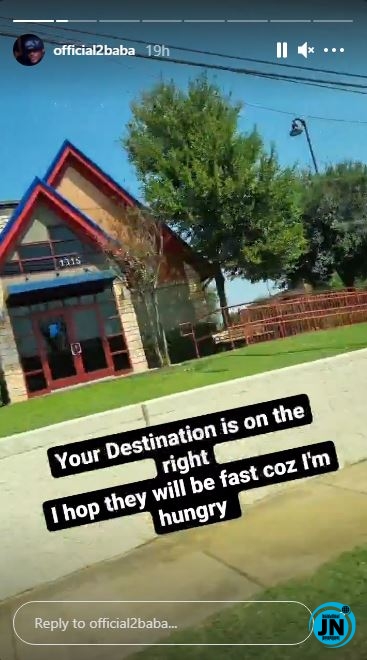 “No vibe killers here” – Tuface Idibia breaks silence following alleged flee to America
Rape allegation: Dr Bola allegedly flees on ‘okada’ after defamation lawsuit was refiled on behalf of Dr Olufunmilayo against her before federal high court
Heartbroken lady flees on her wedding day after finding out her groom slept with her friend (Video)
Bobrisky adds Brabus G63 worth ₦140 million to his fleet of cars (Photo/Video)