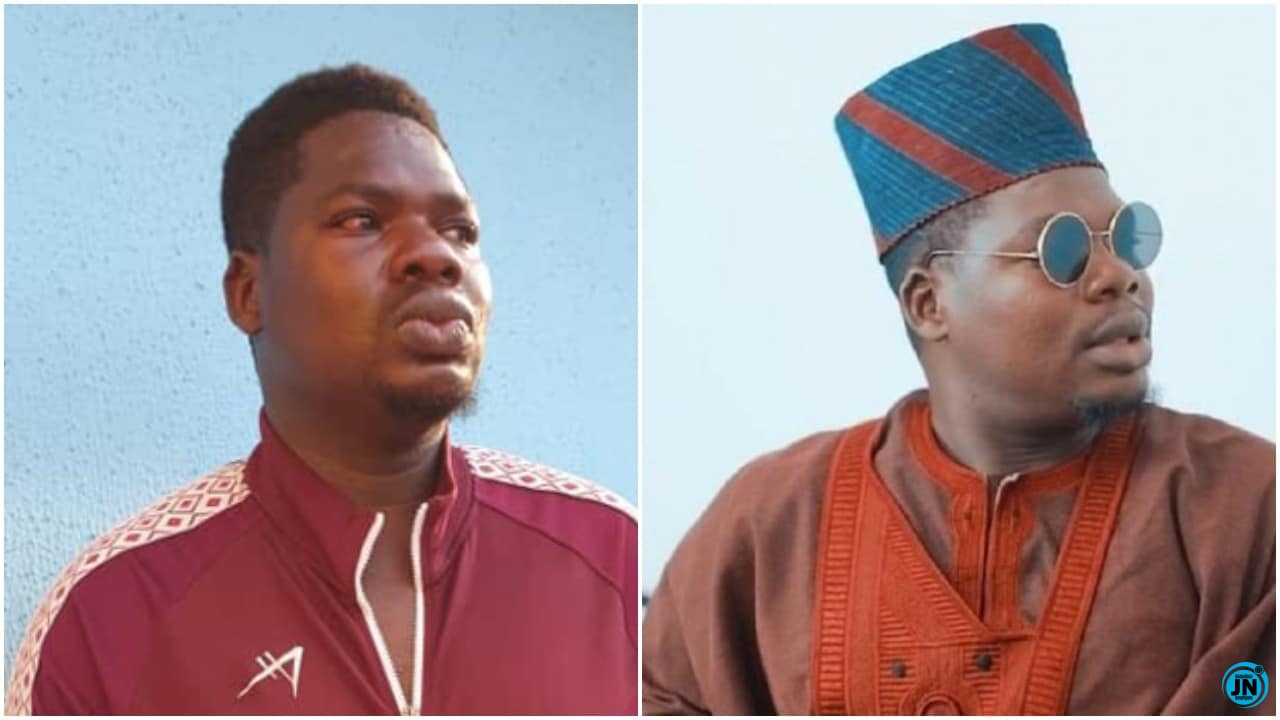 Nigerian actor, comedian, and social media personnel Debo Adebayo, better known as Mr. Macaroni, has been trending over the past few days on and off social media.

This comes as Mr. Macaroni, alongside some other celebrities, announced a car procession to mark one year anniversary of the #EndSARS protest.

Mr. Macaroni on Tuesday took to his verified Instagram pages to announce this as he shared e-fliers of the procession scheduled to hold on Wednesday, October 20, at Lekki Toll Gate.

The comedian is one of the celebrities that took an active part in the 2020 protest, and he was also arrested in 2021 alongside some protestants before he was later released.

This article is focused on what you should know about Mr. Macaroni, continue reading to see more.

His real name is Debo Adebayo, and he was born on the 3rd of May 1993 in Lagos State to a father who was a journalist and a mother who was an educationalist.

Mr. Macaroni is the last child of 10 siblings, as the reports revealed he has six sisters and three brothers. He had a silent childhood, and Pastor Chris Oyakhilome of Christ Embassy was a source of inspiration to him while growing up.

Debo Adebayo is a Nigerian by birth and celebrated his 28th birthday in May 2021.

Mr. Macaroni went to Tendercare School in Ojota Lagos. He had his First School Leaving Certificate; he then moved to Babcock University High School, where he obtained his West Africa Secondary School Certificate in 2009.

However, his tertiary education was entirely different as he attended four schools before he graduated.

According to the reports, Mr. Macaroni initially gained admission to study Law in at a University but had to leave after it was discovered that the University was not accredited to teach law.

The Nigerian comedian then moved to another private university but had to leave after he had a dispute with one of the lecturers.

Mr. Macaroni then applied to study theatre arts at Afe Babalola University in Ekiti State but was offered English and Media studies; he would later leave the school after two years.

The comedian finally gained admission to study theatre arts at Redeemer’s University Ede in Osun State, but he was expelled few days before his graduation over a post he made on social media.

His parents filed a suit against the university, and the school administration retracted its statement and settled out of court with Mr. Macaroni; he would later graduate from the university in 2018 as a second-class upper and complete his compulsory one-year NYSC youth service in 2020.

Mr. Macaroni has been engaging in acting since he was at the age of 6 when he was already mimicking Pastor Chris Oyakilome of Christ Embassy.

During his primary school days, he played a role in Williams Shakespeare’s Merchant of Venice and was also a part of a drama group in his secondary school days.

Mr. Macaroni, in 2014, left the university to pursue a career in acting at PEFTI film institute, after which he started going for auditions.

The comedian bagged his first role in Halima Abubakar’s movie “Mistresses” and went on to feature in series of movies and soap operas like face2face, Jenifa’s Diary, House 31, Royal Outlaw, and SuperStory.

The name Mr. Macaroni stuck with him from his role in the movie Face2 Face.

He would later take his trade to social media after he was inspired by the likes of Maraji and Broda Shaggi, who were into acting comedy skits and were doing great.

Mr. Macaroni today is a well-known name in the Nigerian entertainment industry and is known for his phrases like  “ooin”, “fantabulous”, “freaky freaky”, “you are doing well”, among others.

Mr. Macaroni is not married, but he is known to play the role of a married man in his comedy skits with Kemz Mama, aka Mummy Wa.