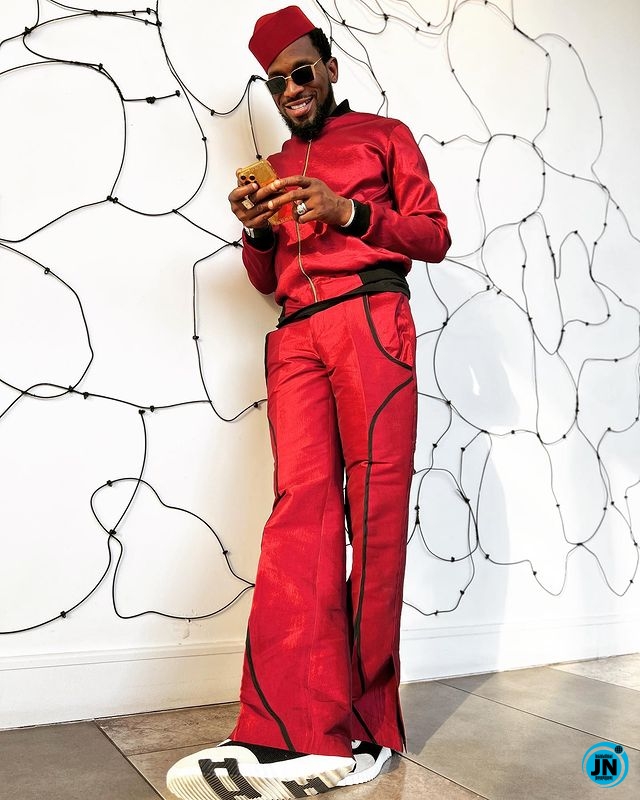 Famous content creator, Mr Macaroni, lambasts a troll who wished he was arrested and questioned for fraud instead of the veteran singer, D’Banj.

It would be recalled that the Koko Master, D’Banj was invited by the ICPC for investigations over the alleged mismanagement of government funds.

Taking to the micro-blogging platform, Twitter, a social media user suggested that it would’ve been mistaken for power abuse if Mr Macaroni was arrested on the same charge.

“Imagine it was @mrmacaronii that was arrested for alleged N-Power fraud not D’banj . People could have said the government are after the opposing voices,” 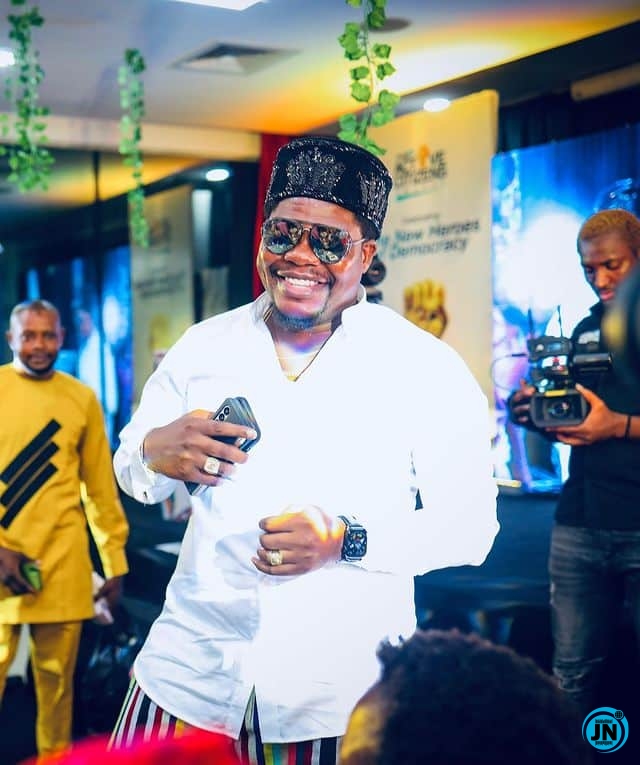 The comedian who wasn’t having it at all replied,

“Why not imagine that it was your Father that was arrested? What would people say? Since we are all imagining.” 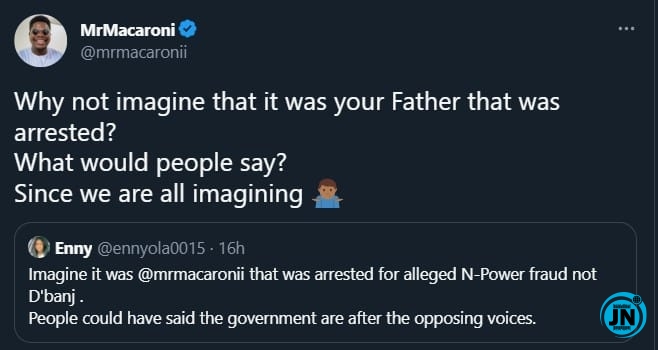 “Who Am I To Have Made It This Far?” – BBNaija’s Laycon Reacts As He Makes It To Finals
‘Lagos Isn’t Safe’ - See Reactions As Lady Narrates How She Was Nearly Kidnapped In Lagos State
Phyna congratulates Bella on her latest deal with pastry company
Politicians and policemen can’t do anything to us because they’re our clients – Crossdresser boasts