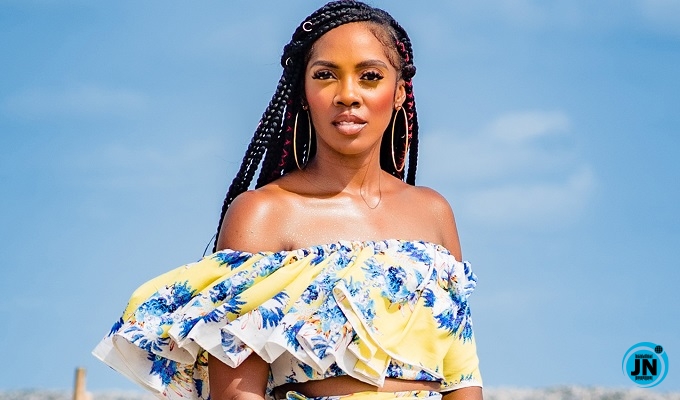 Popular Nigerian singer/songwriter, Tiwa Savage has penned down a piece of advice to ladies, telling them never to think a man who keeps coming back to them after break up truly loves them.

In an Insta-story shared by the singer, the mother of one stated that such men only come's back because of a power they have over their lady.

“Don’t think a man loves you because he keeps coming back. That man loves the power he has over you. He knows you’ll take him back”.

She recently opened up on what she considers her biggest failure.

“My biggest failure was exposing my private life too much. There will always be speculation, but by addressing it, you are adding more fuel to the fire. I now choose not to address anything".

"Comfront Your Husband For Cheating, And Not The Side Chicks" – Uche Jumbo Tells Women
“Am I wearing your pant?” – Kiddwaya’s manager, Linek blasts critics (Video)
Here Are 10 Things You Might Not Know About Funke Akindele
Watch Moment Youths Disgrace And Chased Out Tvc Reporter From Protest Ground In Lagos