Actress Lola Alao who is now based in Canada has shared new photos of late actress Aisha Abimbola’s daughter, Keji, showing that she has now fully recovered from the surgery she underwent months ago.

Kemi Filani News recounts that after actress Aisha Abimbola passed away in Canada after battling cancer in 2018, her colleague and dear friend, Lola Alao took full custody of the two kids she left behind.

Speaking on Keji’s surgery months ago, Lola Alao said “life is better off here though Keji, as you can see, is still using a helmet, she had surgery a few months ago and still uses a helmet to help her heal fast. 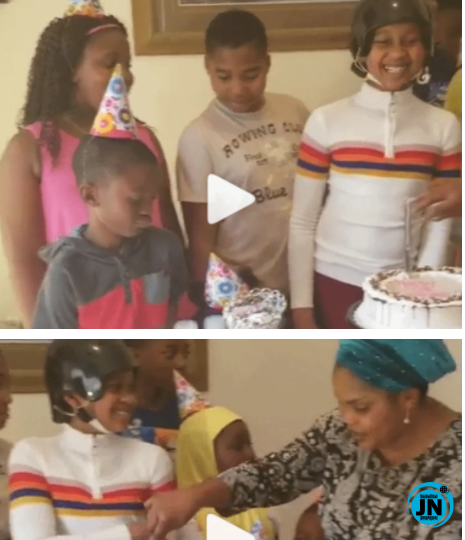 It all started as a joke when she was supposed to go to a school that morning but she complained of a headache and I thought it was a minor thing before we knew what was happening we discovered it was serious, she was at the hospital for months for surgery and I had to stop working to take care of her for months.

Thank God she is okay, she was treated for free despite going through surgery, imagine all that in Nigeria and the amount that will be required, honestly God has really been faithful. The Canadian government is the best.”

In the new photos shared today, Keji is no longer seen using a helmet, signifying that she has fully recovered. 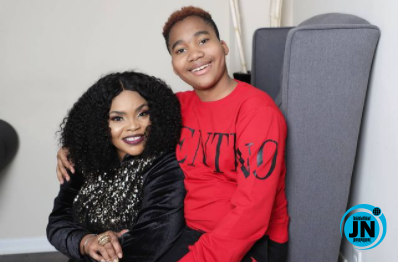 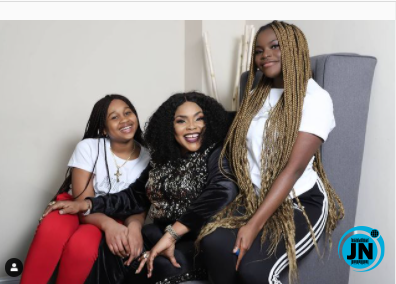 Earlier this month, Lola Alao, assured the fans of family members of her late colleague, Aisha Abimbola that her children are in safe hands with her

Ms Alao revealed that she still visits Aisha’s grave with the deceased’s children.

She said, “It has been two years since Aisha passed away but she spent quality time with her kids and had prepared their minds about how life would be when she was no more. I have made it my duty to always fill in the gap as their mother and try to do things that Aisha would have done for them. We still visit her grave and talk about her fondly. I treat Aisha’s children and mine equally. If I was not going to be responsible for them, I would have declined Aisha’s request when she asked me to take up the mantle. But since I had assured Aisha (that I would take care of her children), I have to stand by what I promised her.

“Some people have opined that I should formally adopt the children but I consider them to be mine already. There are some relationships that are as good as being blood-related. They will always be their father’s children, I am just there as their guardian.”