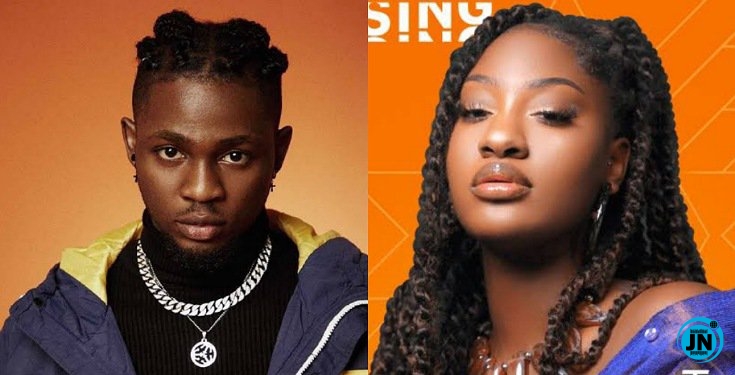 Nigerian singers, Stanley Omah Didia alias Omah Lay and Temilade Openiyi A.K.A Ms Tems have finally returned back to Nigeria after a daunting experience in Uganda.

Chairman of Nigerians in Diaspora Commission (NIDCOM), Abike Dabiri-Erewa, announced the good news of their arrival on her official Twitter handle.

According to Dabiri, both singers landed at the Muritala Mohammed International Airport (MMIA) on Thursday, December 17, at around 12:35 pm. 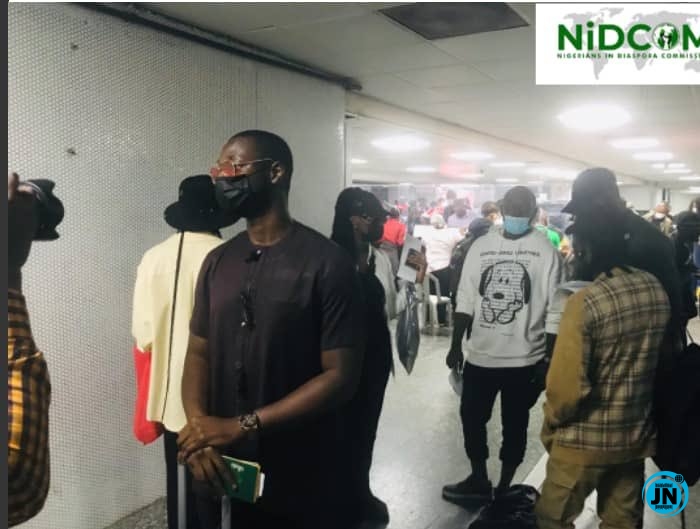 Dabiri also disclosed that Muyiwa Ayoniyi who was also arrested alongside the singers in Uganda is back home in Nigeria.

“Stanley Omah Didia (@Omah_Lay), Temilade Openiyi ( @temsbaby), Muyiwa Ayoniyi and others just landed at the MMIA Lagos from Uganda via Ethiopia Airline at about 12:35 pm local time. We are glad they are finally home.”

In a follow-up tweet, the NIDCOM chairman shared a picture of the Nigerian artistes at the airport and also extended appreciation to Nigeria’s foreign affairs minister, Geoffrey Onyeama, the mission in Uganda and the Uganda government for a quick resolution of the matter.

Alls well that ends well . Gratitude to Min @GeoffreyOnyeama , our mission in Uganda and the @GovUganda for a quick resolution pic.twitter.com/KVHBh51CQk

Recall both singers were arrested by the Ugandan police after they both performed at a crowded concert despite the ongoing Covid-19 pandemic.

Tems and Omah were subsequently charged to court by the police and remanded in separate prisons after their first court appearance.

Nigerians Mock Bobrisky After Saying The Reason Why God Sent Him To Earth (Photo)
“When Will You Marry?” - Teni's Mum Messages Her (Photo)
Davido Buys His Daughter, Hailey A Diamond Wrist Chain Worth Over 5 Million Naira (Photo)
BBNaija2020: “Beware Of People Like Vee” – Ex Housemate, Lilo Drags Vee On Twitter (Photo)

This bebe cool i will never listen to any of his music, his is too selfish and jealous

It was this Bebe cool of our. His such a selfish guy. That led to Omah and Tems arrest