A fan of Mercy Aigbe has shoot his shot at her daughter through the comment section on Instagram.

Mercy Aigbe had initially posted a photo of her daughter stating in the caption that she is crushing on and missing her.

Meanwhile, in the comment section of the post a fan had other plans in mind, his aim is to marry her and take her away from her mother and this he did not hide but said to her mum straight.

“Don’t blame me, blame boredom 😂😂 crushing on Michelle one of the hottest teenage brand influencer I know #missingmybaby” 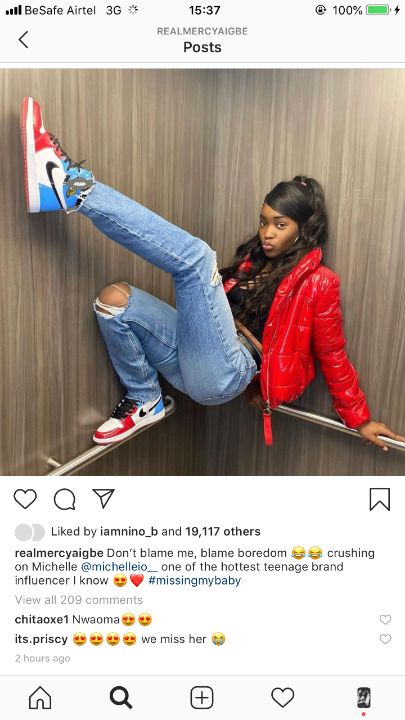 Meanwhile, the comment of the user with ID @stdave_williams_ simply reads: 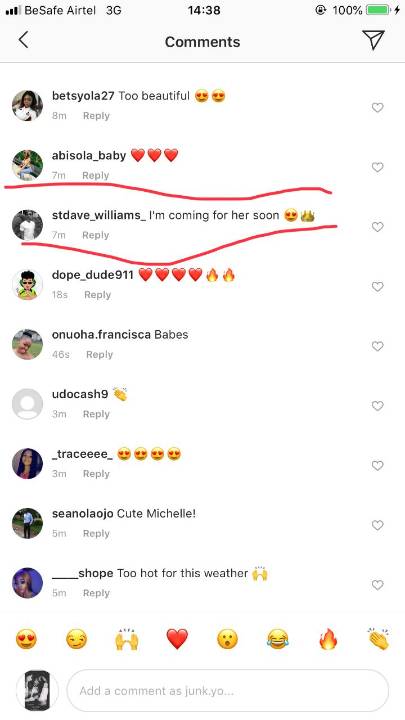 A quick check on his Instagram page I came across his photos and here’s how he looks like. 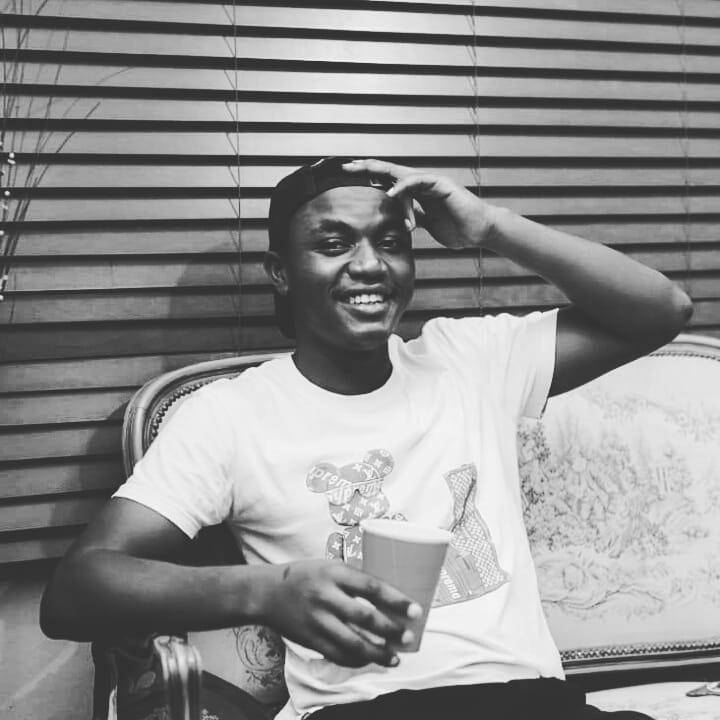