Nollywood actress and mother of one, Tonto Dikeh has made a shocking revelation that, her colleague & billionare wife, Regina Daniels would have been a heartbreaker, if she was a boy. 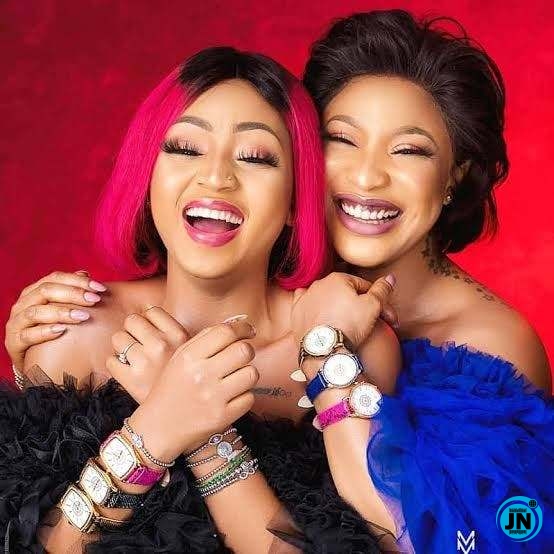 Tonto Dikeh said this in reaction to a photoshopped image of some female celebrities, whose faces were converted to male faces.

Thus the unknown editor gave the actresses beard, moustache and it implied how they would be perceived if they were men.

The actresses in the photo collage were, Tonto Dikeh, Regina Daniels and Mercy Johnson.

Whilst Tonto Dikeh cursed the editor for making a male version of her, of which she wasn't impressed with, she was quite fascinated by the masculine looks of Regina Daniels photo.

According to the actress, Regina Daniels posses the face of a heartbreaker. 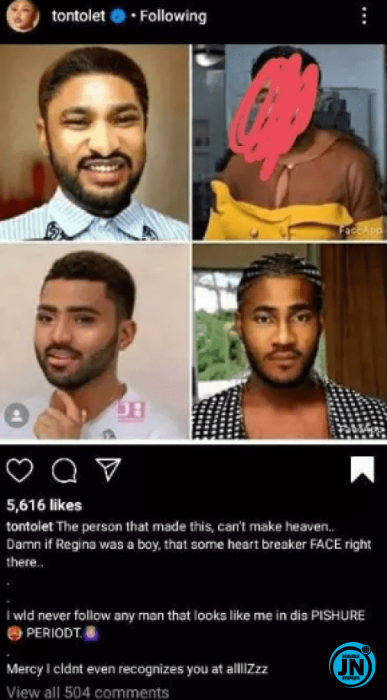 “Made In Lagos” Is Overrated – Man Says As He Lists 2020 Afrobeat Albums Better Than Wizkid’s MIL
“Fasting cannot solve Nigeria’s problems” – Samklef tackles Adeboye for declaring 30 days fasting for Nigeria
“Make up now and let everyone in Africa be happy” – Rapper, Ikechukwu tells Psquare
“You Are A Bastard, When I See You, You Better Run” – Davido Blows Hot

Why did she block ini Edo's face?