Former YBNL artist, Temmie Ovwasa also known as YBNL Princess have decided to open the lid on what she said she suffered in the hands of popular Nigerian rapper, Olamide. 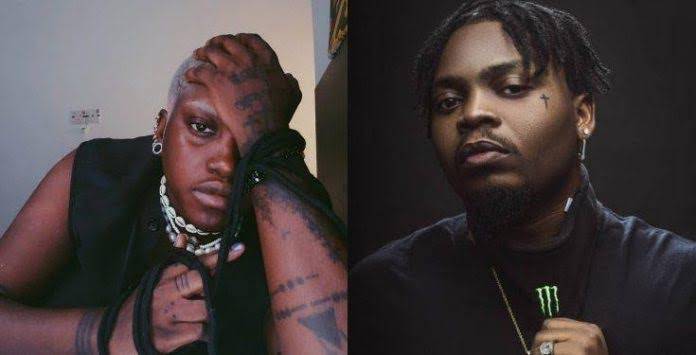 The singer took to popular social network, Twitter to call out Olamide again this morning, she has been doing that for days now.

According to what she stated earlier today, she noted that she recorded multiple albums and multiples singles that were never dropped by Olamide’s YBNL.

She further said that Olamide gave her hope and snatched it, she then went on to say she would always have Olamide’s name in her mouth and won’t cease or stop talking about him until he kills her.

She stated in her Twitter rants that Olamide brought her all the way from Lagos to Ilorin and kept her in a house for almost 5 years and didn’t let her drop anything for almost 3 years.

See what she said below: 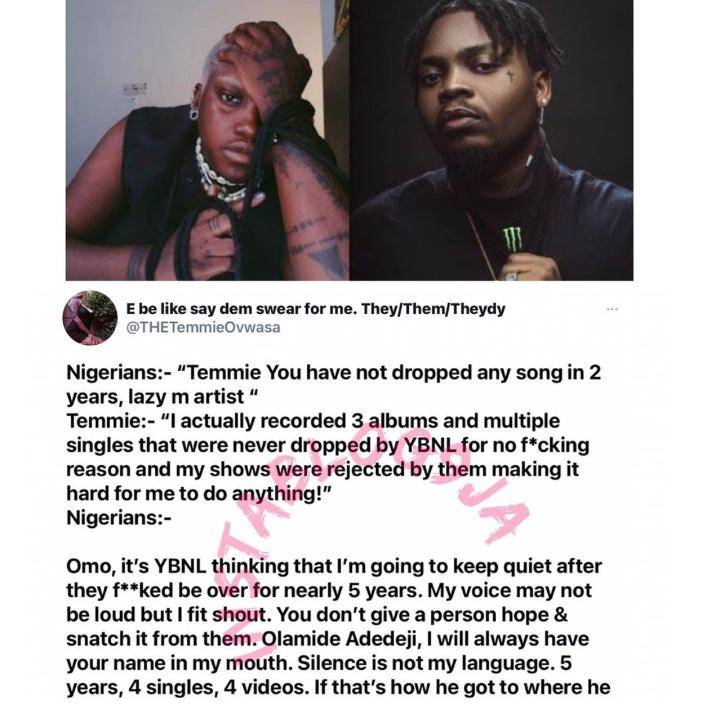 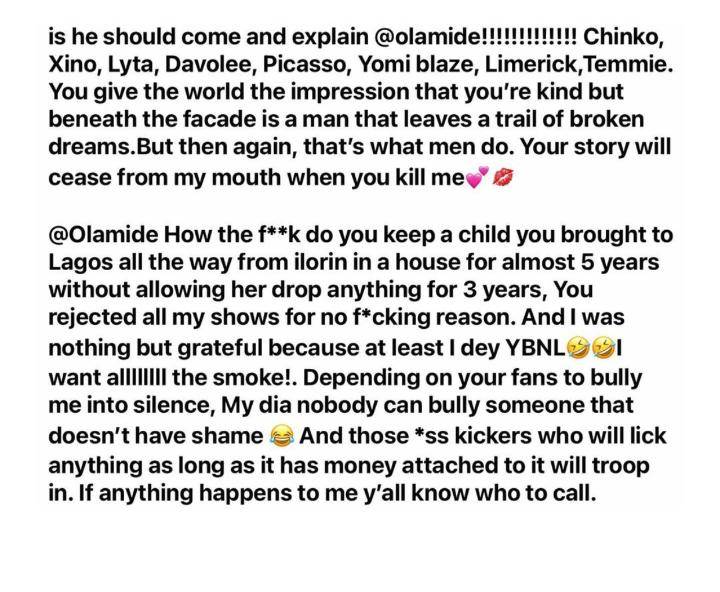 Nollywood Actress, Lola Margaret Shares Angelic Pictures As She Celebrates Her Birthday
'Never Ever Allow A Man Lay His Hands On You' - Chioma Breaks Silence On Davido Beating Her
Nigerians pray for Mercy Aigbe for putting smiles on the faces of people with her new TV Show
“I married my first crush” – Annie Idibia says as she and her husband, Tuface celebrate their 8th wedding anniversary