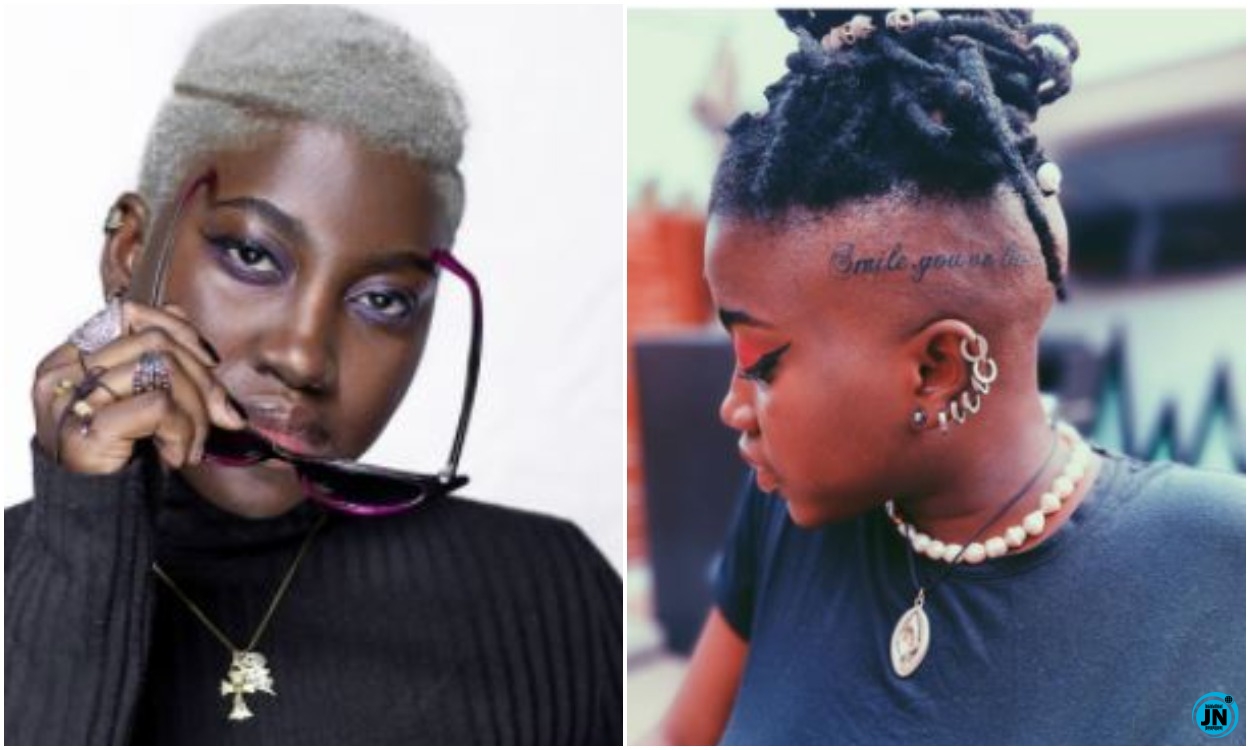 Nigerian singer, Temmie Ovwasa who is signed to Olamide’s YBNL Nation has opened up about her sexuality revealing she’s queer.

Temmie via her verified Twitter handle reacted to claims that she got signed to singer, Olamide’s record label, YBNL, because ‘she is the girl everyone is sleeping with.’

The female singer who recently declared she’s god, in a series of tweets, revealed that she identifies as queer, an umbrella term used for people whose sexual orientation is not exclusively heterosexual and it can be used by anyone under the LGBTQ spectrum.

She also went ahead to narrate her struggles she’d face when she was coming up in the industry.

Read her tweets below;

“Someone once said that I was signed to YBNL because I’m the girl everyone is fucking,

I was 19, Queer af and just excited to be in the closet.

Had to deal with answering stupid questions about men and my sexuality on live TV.

While my male counterparts were focusing on the music.

“The misogyny in the music industry breaks me!!

The fact that it’s normalized fucks with my head.

Next time you listen to the radio take note of how many Female artists have their songs played.

“I still get referred to as “that girl they signed”

Let me tell you about the “one woman spot”, it is no privilege, your life is not an audition!

None of those men had/have nothing on me.

But we thank God for patriarchal privilege and bored people who are easily impressed,”

“I was signed for 5 years! 5 fucking years!!! Recorded back to back!