Burna Boy has expressed his sadness over the passing of Virgil Abloh, a well-known fashion designer. 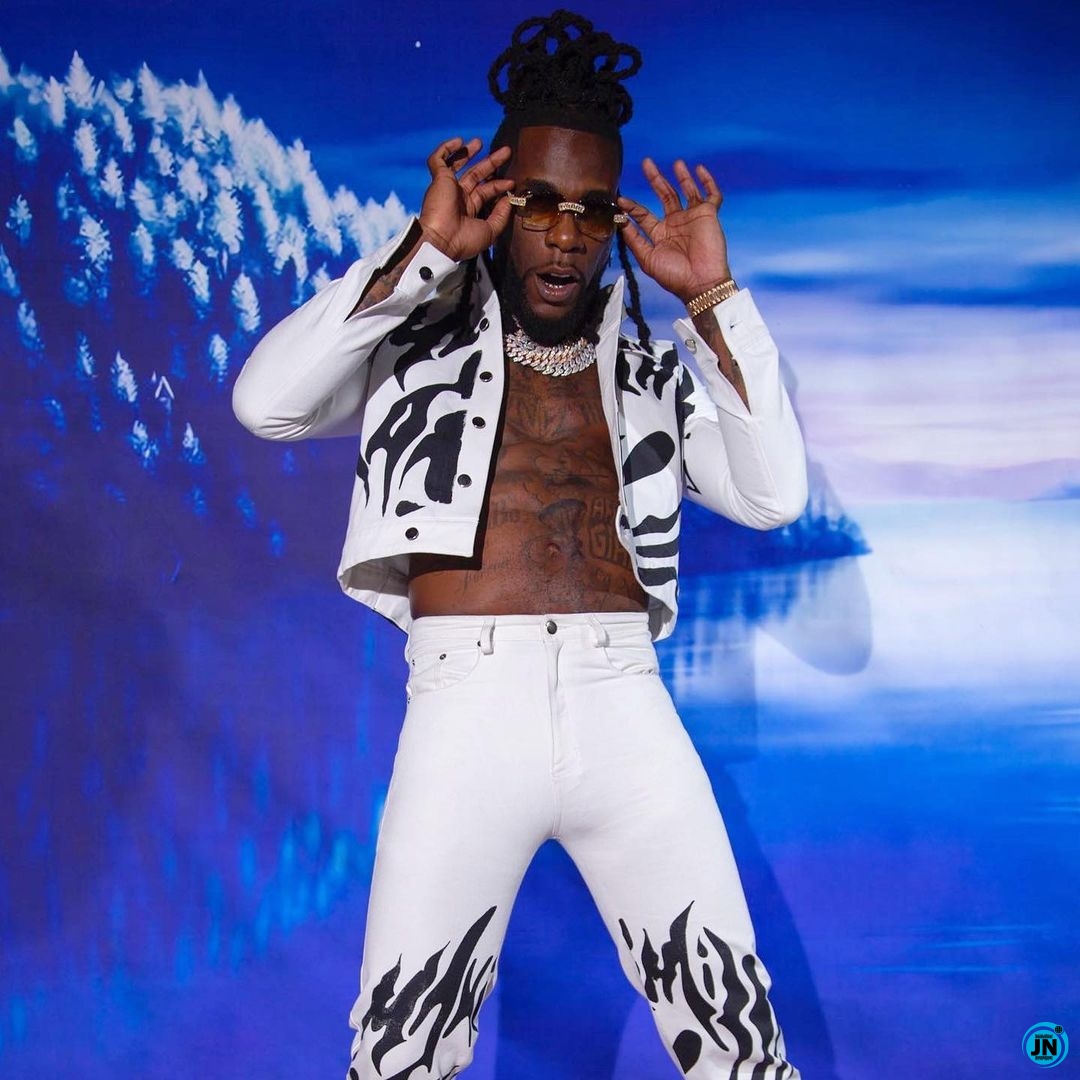 He reportedly battled cardiac angiosarcoma, a rare type of cancer, for two years before passing away.

They talked for hours on the phone about his upcoming record, and he was supposed to be the creative director, he wrote.

Burna also said that he had no idea he was sick because 'he seemed so full of life,' as he put it.

Abloh was the founder of Off White, an Italian luxury fashion company, and the first African American to lead a major French fashion house until his death. He was also Louis Vuitton's Men's Wear artistic director. 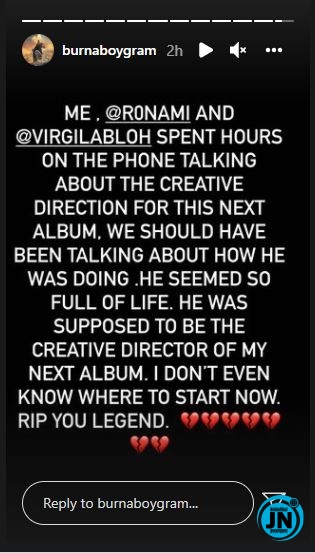 “My baby will live a private life, I wont put her on social media” – Ini Edo
“Mummy Remi will spank that face off your back” – Reactions as lady inks tattoo of Tinubu’s face on her back
I Was Scared Of Carrying My Twins When They Arrived Prematurely 5 Years Ago – Bukola Arugba (Photos)
‘I still relied on my mum to give me 100 naira at age 24’ – NairaBet Founder, Akin Alabi