“Guilty conscience; will he allow his wife to flirt and call men sugar daddies” – Lady continues to drag Alibaba over his flirting habits
Posted by 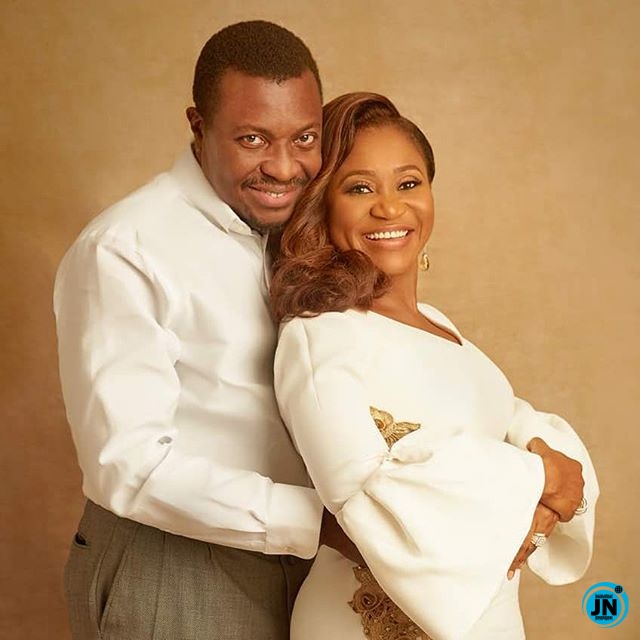 A lady has continued to drag comedian Alibaba Akpobome as she slammed him for being misogynistic in addition to his open flirting and frolicking habits with other women.

Recall that Alibaba had addressed her as a fool on his Instagram page as he shared professional pictures of him and other female colleagues in the industry.

However, the woman is not taking it easy on him as she has responded with her “defense to his foolish comments”.

“I reprimanded Alibaba on his wife’s wall by stating that since he always flirts and frolics with other women. Would he be comfortable if his wife does the same with other men? He read my comment on her wall and Blocked me, then wrote a long stupid epistle on his wall. Now here is my defense to his foolish comments.

There is a difference between “Professional pictures between a man and a Woman ” WHICH IS UNDERSTOOD…. And FLIRTING WITH THEM ROMANTICALLY holding them very closely, calling them sugar mummy and sweet names as a MARRIED MAN. That is where he should DRAW THE LINE. He does it always. Mind you I said “FLIRT and FROLIC”.

They are different from “PROFESSIONAL PICTURES” If alibaba is not clever by half why did he include his wife’s picture at 1st then stlylishly included other women HE ALSO TOOK PROFESSIONAL PICTURES with? Just to make him look like a saint in his half baked rebuttal against his porous defense? Guilty Conscience! Why did he not ignore? The question remains.

Will he allow his wife to flirt and call men Sugar daddies on her wall like what he does always with women?

This is the high level of misogyny we are talking about amongst men towards women.

I bet you if Nigerian women especially wives of entertainers do to men what their husbands do publicly to women. These weak men will run mad. And why did hic wife not tall ma to mind my…” 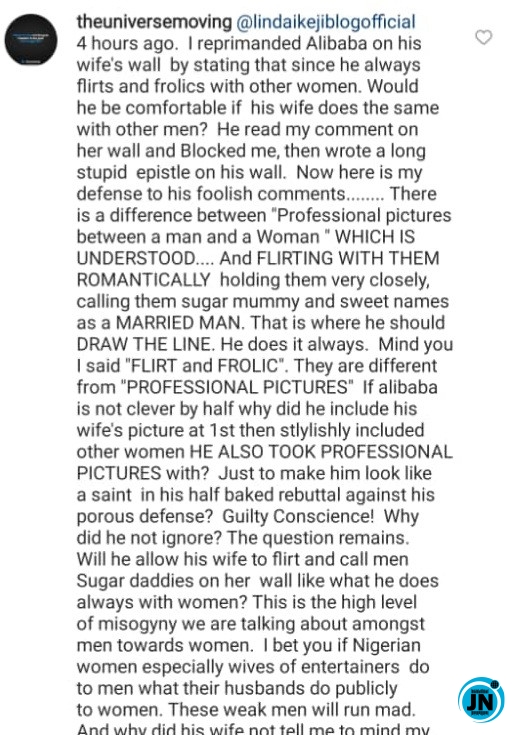