Thelma was gifted the car by her fans, during a Meet & Greet session that took place on the 22nd of November at Ikeja, Lagos between the reality star and her fans.

The reality star, took to her Instagram page to share photos and videos of her newly gifted car. However, some fans has also taken to various social media handle to congratulate the former housemate for her new acquisition.

Below is a photo of the newly car gifted to Thelma. 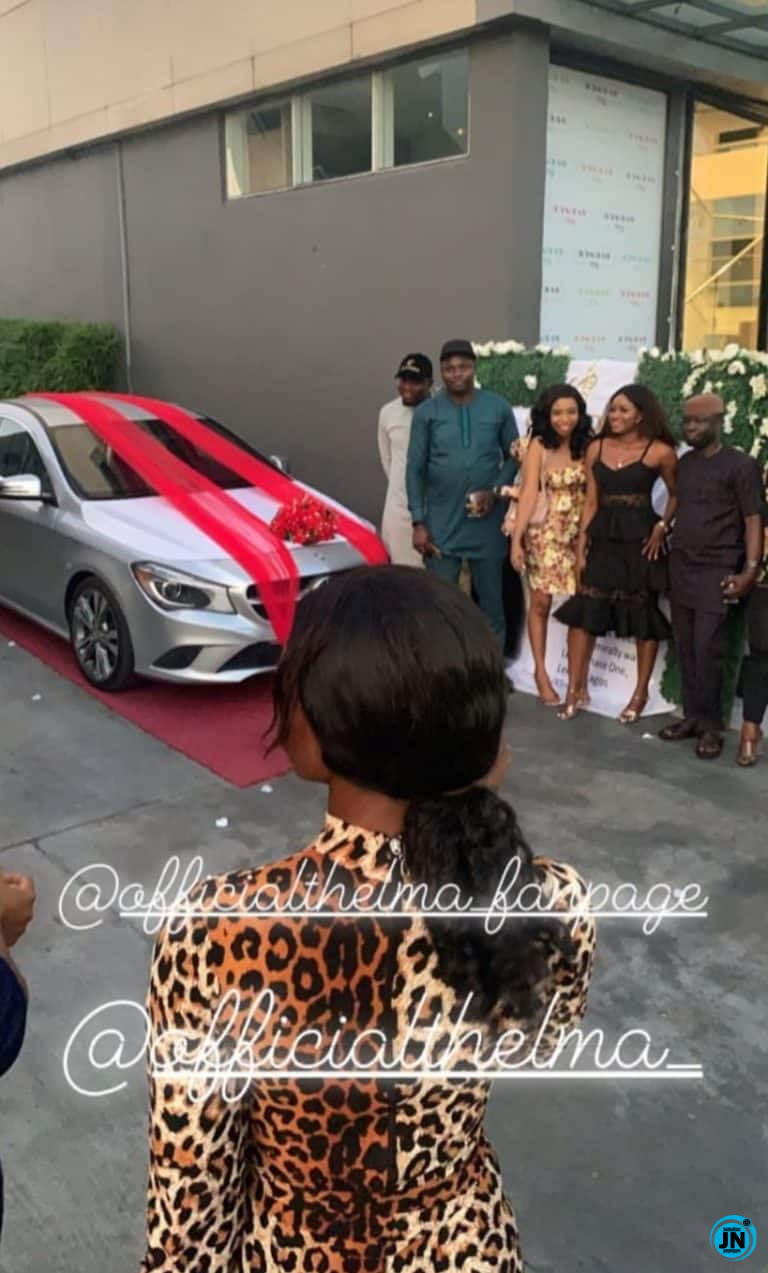