Fans of the undisputed best club in West London, Chelsea have taken to popular microblogging site, Twitter to react to what will happens to their star players, Willian and Pedro if their club fail to do the needful at the end of this day. 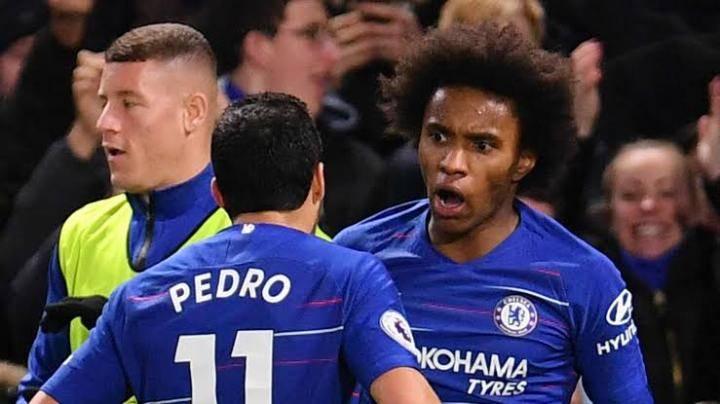 According to reports flying round, Chelsea must reach an agreement with these two star players at the end of today in order for them to be able to end the current season with them.

In the other way, if Chelsea fail to hit an agreement with these two forwards they’ll be free to leave on June 30th as they would have ran out of contract by then.

However multiple sources are contemplating that with the signing of Hakim Ziyech and Timo Werner, Willian and Pedro might be poised to leave the Blues and explore new challenges.

Meanwhile, different reactions are following the situation of the two star players in picture and Chelsea fans have different views to this.

I hope Willian leaves today , not at the end of the month ..

I’d rather finish the season without them, than risk being stuck with them and their salaries for another season.

With Willian possibly staying in England I would expect him to stay, I think Pedro will leave as he's going to Roma and will want to settle before preseason starts.

From July we have 6 PL games left and Bayern so we aren't asking too much from a player imo.

They need to stay until the end of the season. Atleast one. Deluded fans think we can manage so many games with Pulisic and a injury prone CHO on the flanks. Lmao

For some reason Lamp likes having both of them. May be it's their experience and definitely not for their Goal scoring ability 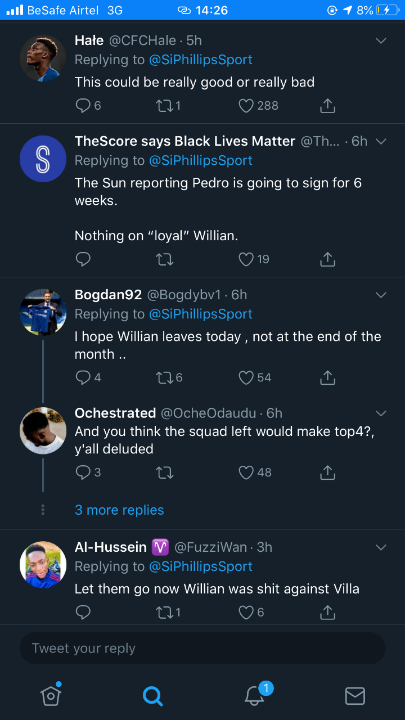 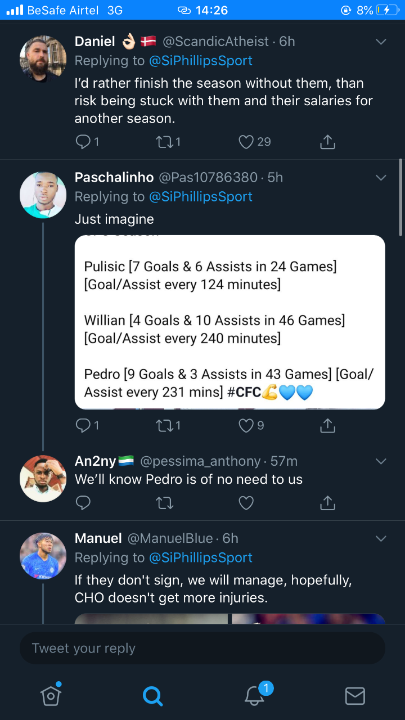 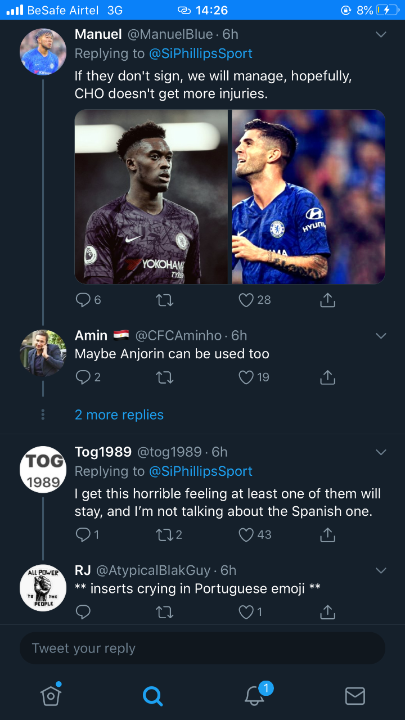 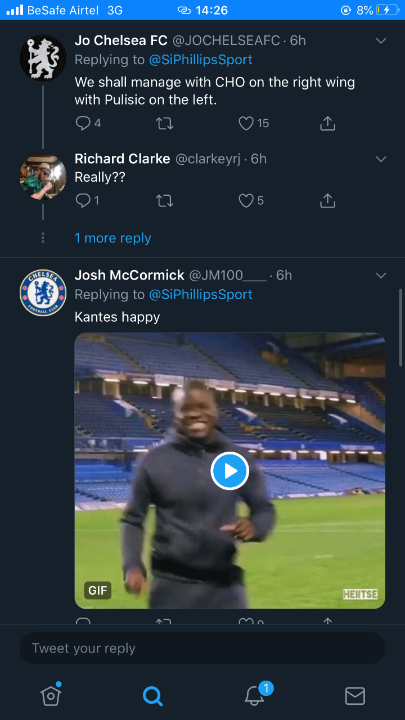 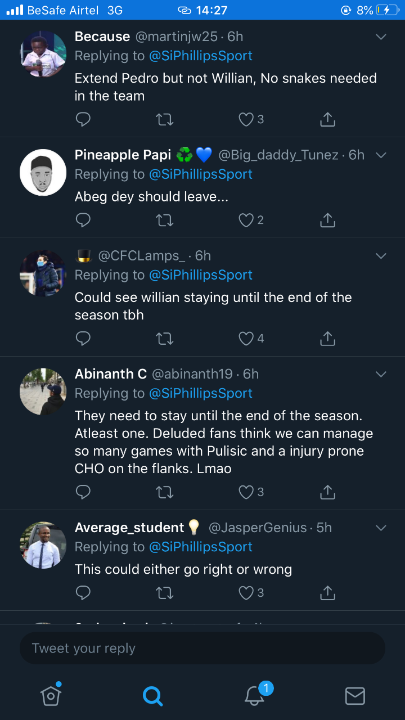 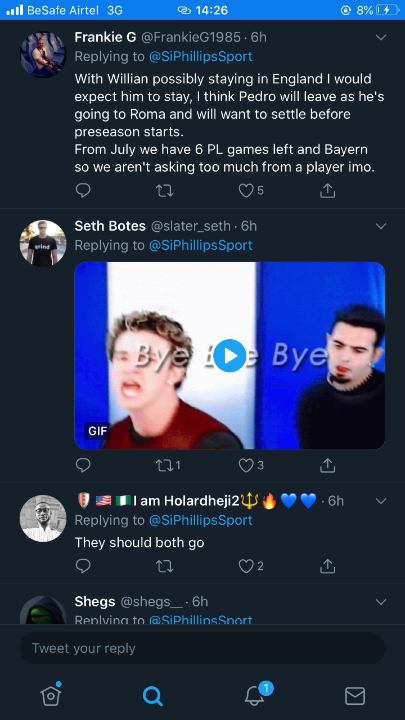 I just finished using the bathroom when I bumped into him – Davido reveals how he got a song with Rap legend, Nas
Portable set to begin community development project in his hometown (Video)
Hours after Oye Kyme shot her love shot, another lady tattoos Tunde Ednut’s face on her thigh (Video)
See What Rihanna Did To Don Jazzy That Got Him All Joyous