Top Nollywood actress, Nkechi Blessing Sunday is with no doubt a beauty to behold.

The delectable actress who mostly appears in Yoruba movies posted for the camera in a red attire and she dazzled.

See the photo collage below: 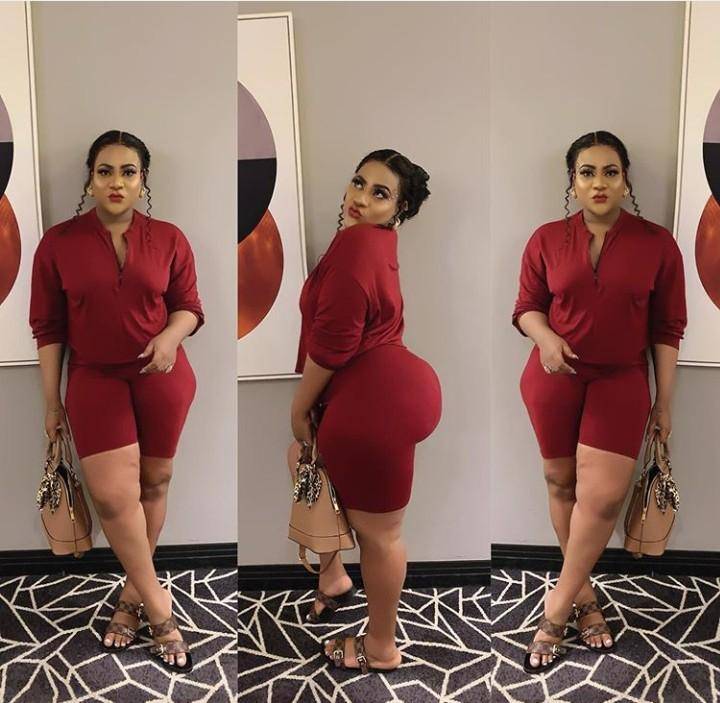 The picture has gone on to spark reactions and here they are in the screenshots below:

Nkechi Blessing Sunday is a Nollywood on-screen character and motion picture maker brought up in Surulere territory of Lagos state. ... Nkechi Blessing was brought into acting by Kemi Korede who highlighted her in the film "Bewaji" in 2008. She later met Emeka Duru who likewise offered her a job in Emem Isong's motion picture "Through the Fire".

Talking about Buhari’s administration not good for my sanity, Wole Soyinka says
“I Won’t Stop Talking Till You Kill Me” - Ex-YBNL Artist Reveals How Olamide Kept Her In A House For Years
“when will Ghanaians stop talking about my wallet in my back pocket”- Shatta Wale
‘My Son!’ - See This Adorable Video Of Wizkid And His Last Son Everyone Is Talking About