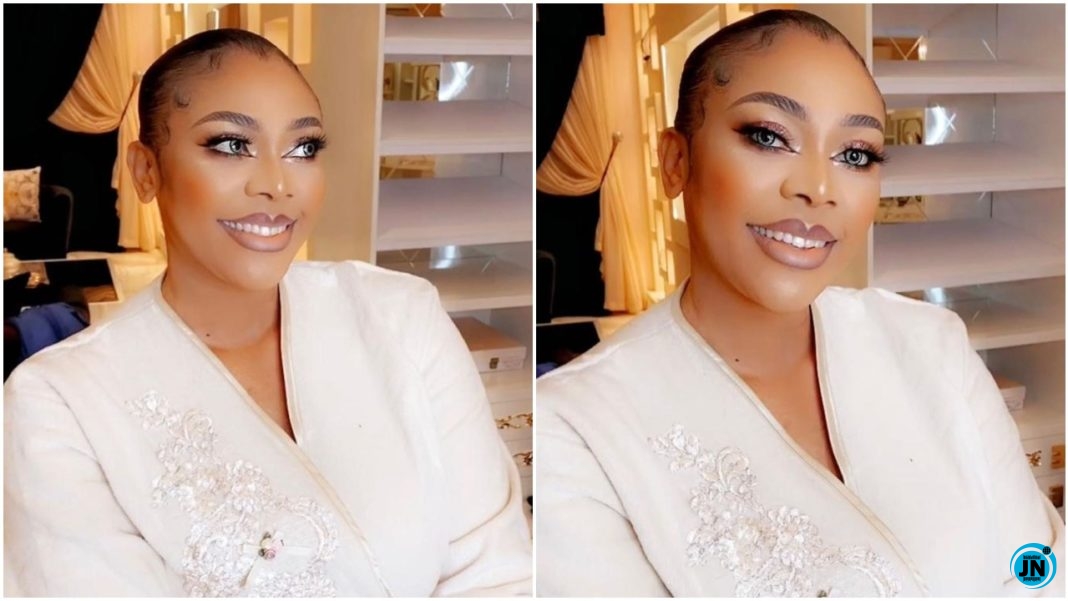 Popular interrior decorator, Ehi Ogbebor, has opened up on why she is dating married NURTW leader, MC Oluomo.

According to the mother of three, she isn’t dating him as she is crazy in love with the father of 9.

It was earlier reported that, Ehi and MC Oluomo who is married to 3 other women are in a serious relationship.

Reports made the rounds online few days ago that the Sayaveth Interiors CEO, Ehi and the NURTW leader, Oluomo are madly in love.

Although Ehi first denied the reports, she has now come out with her “full chest” to accept it.

Ehi and MC Oluomo are happy and smitten with each other and focusing on influencing each other positively.

Ehi has taken to her Insta story to pour encomium on him and insist he isn’t that rich for her to roll with him.

See what she wrote below; 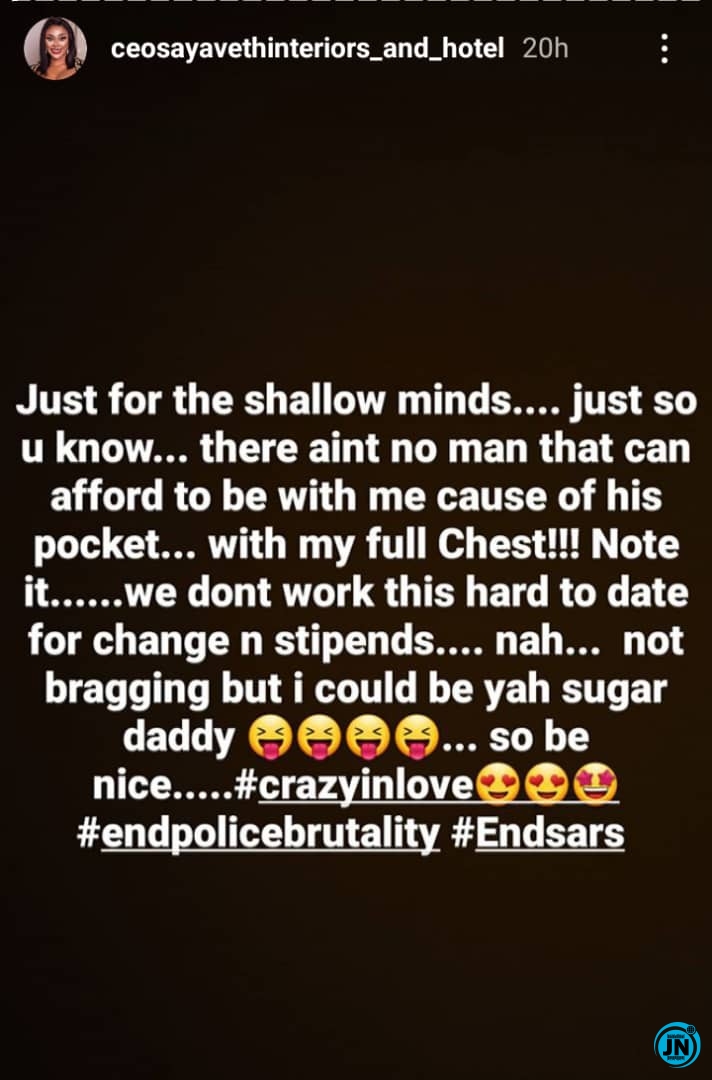 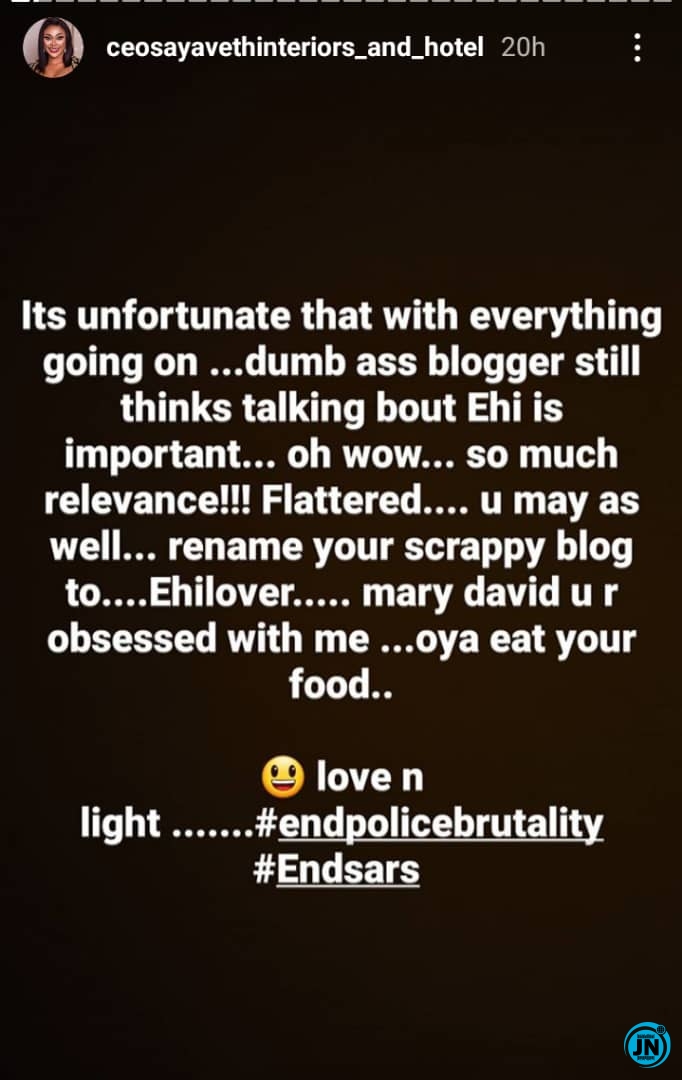 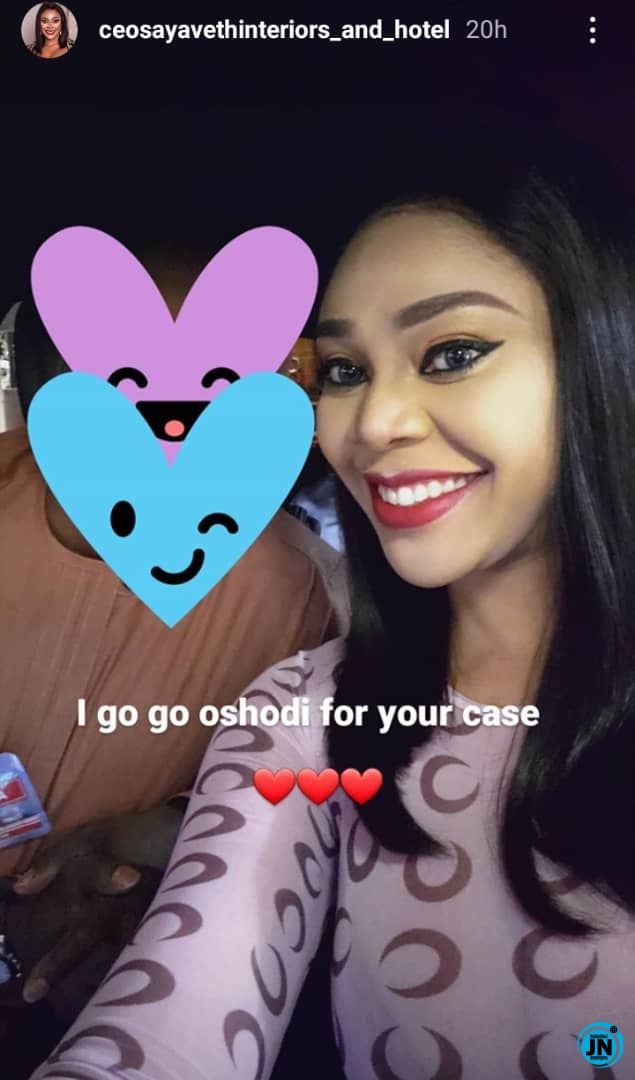 'Money Is Good Oh' - Reactions As DJ Cuppy Shares Video Of What She Is Doing In Her Bathroom Today
DJ Enimoney & Partner, Welcomes Baby Girl (Photos)
Iyabo Ojo Cries Heavily As Her Daughter Priscilla Showers Her With Loads Of Money On Birthday
Catholic Bishop reveals what Nigerian leaders go to Jerusalem and Saudi Arabia to do with stolen money