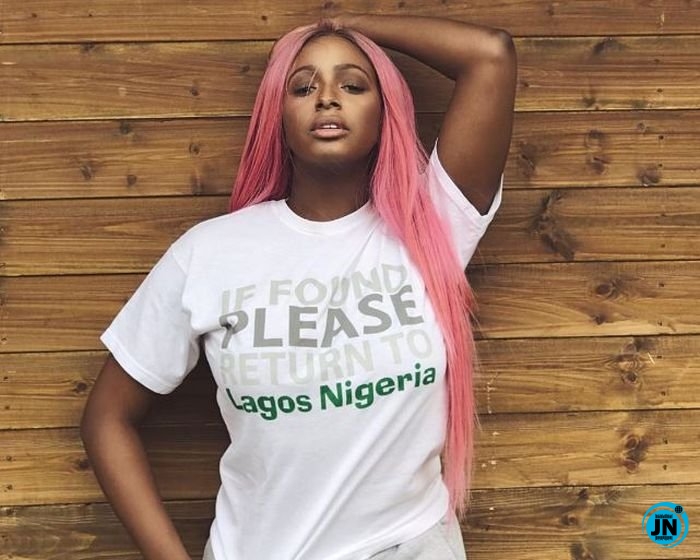 Popular Nigerian female disc jockey and daughter to billionaire, DJ Cuppy, has taken to her twitter page, to share how fans of Arsenal FC which she dumped few days ago, are reacting to her, joining Manchester United.

According to the artist, Arsenal fans are hating on Man United fans because she dumped them for the team.

Her points is coming on after an Arsenal fan shared that since she left the team, they have been recording wins and victories.

Sharing on Twitter, Cuppy replied to the Arsenal Fan, saying:

“since I joined man united, the gunners have been hating” 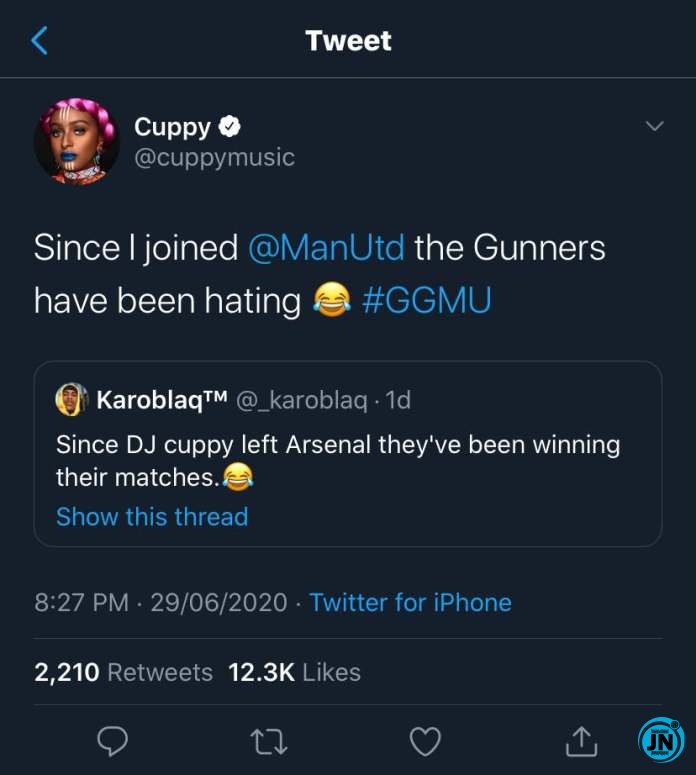 “While Simi carry belle oga dey nack you for set” – Adekunle Gold accused of cheating on his wife, Simi
Marriage collapses after husband falsely accused wife and refused to apologize
Rosy Meurer accused of faking pregnancy over restored shape barely weeks after delivery
Davido reacts after being accused of celebrating recent killings in the North