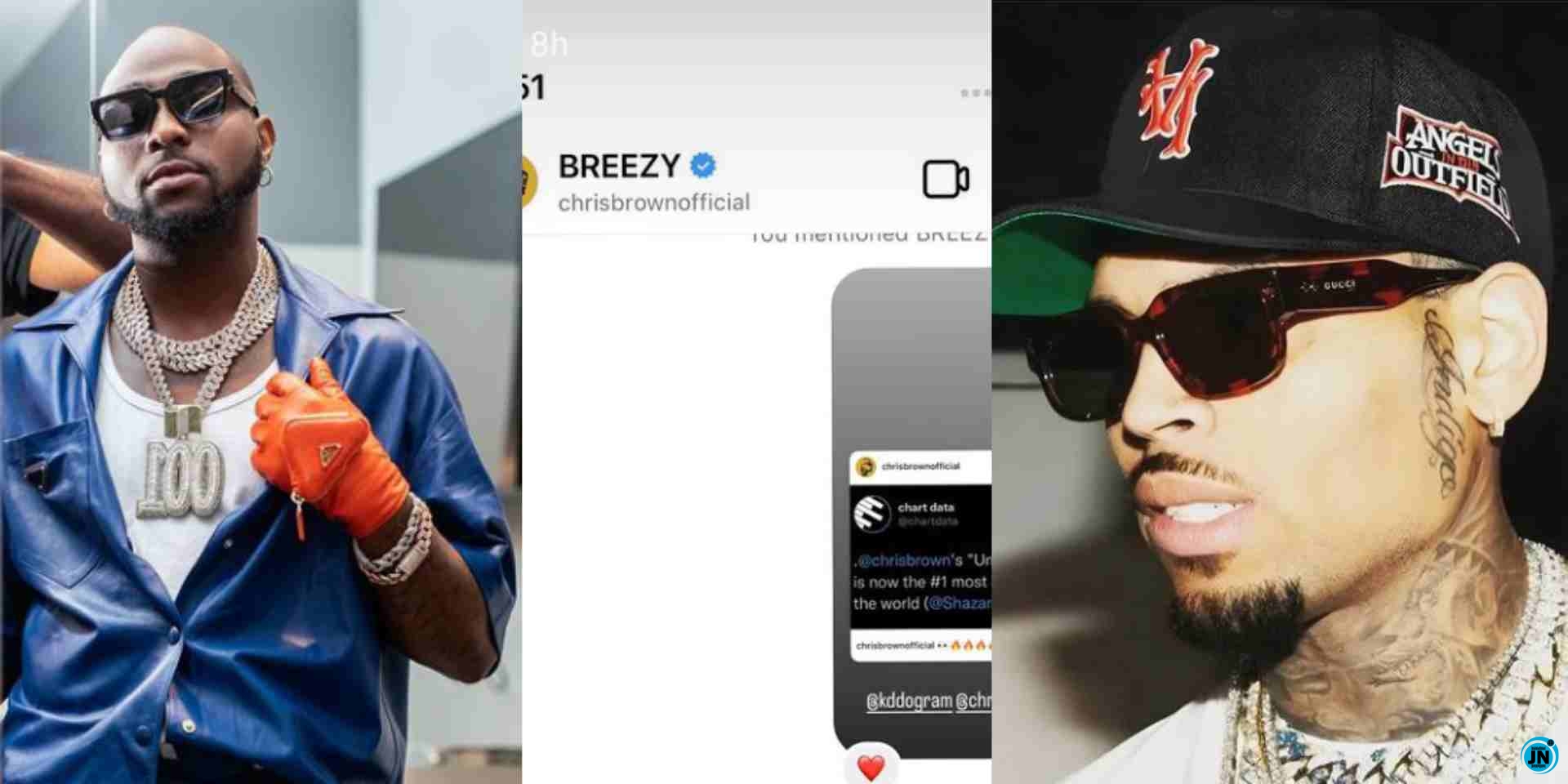 Afrobeat star, David Adeleke, better known as Davido has shared a chat he recently had with the American singer, Chris Brown following a recent milestone.

Chris Brown had taken to his Instagram page to announce that his song, ‘Under the Influence’ is currently the most shazamed song in the world. 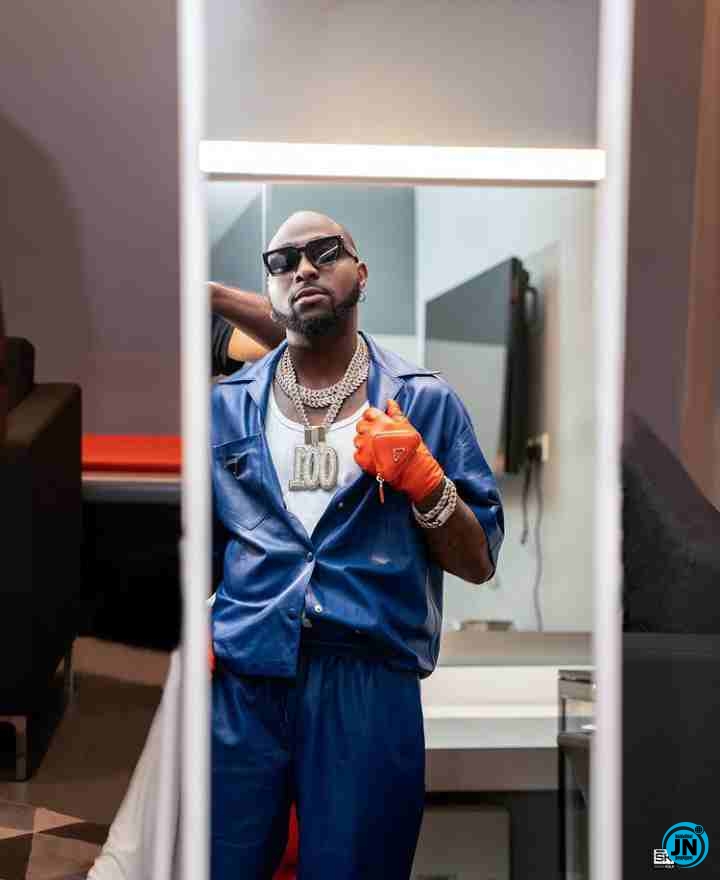 Davido subsequently reposted the success on his Instastory.

‘Under the Influence’ was co-written by Davido and Kddo and this explains his excitement over the achievement.

OBO further proceeded to Chris Brown’s DM where he sent him love and in response, the American crooner thanked him for his efforts.

The Stand Strong crooner subsequently shared their chat on his IG story. 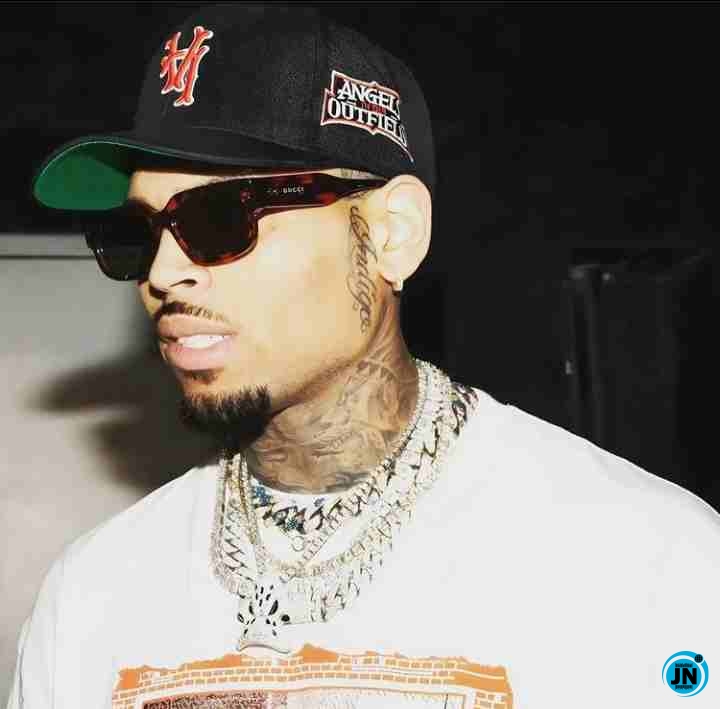 See the chat below: 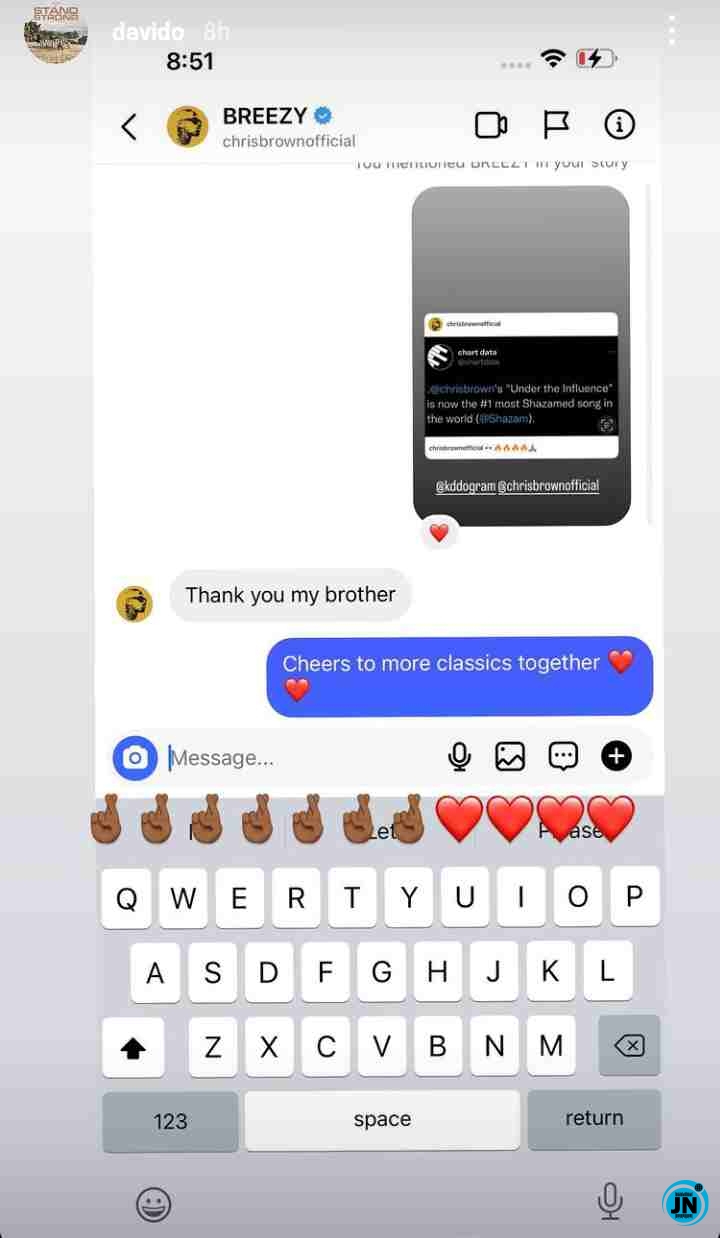 Timaya shares beautiful pictures of his 6-months-old daughter (Photos)
“I will send you N55K to get rid of that doomed pregnancy” – Lady shares chat with boyfriend who got her pregnant
Tolani Otedola Shares Her Dream As An Akara Seller
MI Abaga announces engagement with partner, shares adorable love story (Video)