Davido Officially Sells Out the 02 Arena
Posted by

Davido, the Nigerian megastar and DMW Boss, has sold out London's 20,000-seat 02 Arena for the second time. 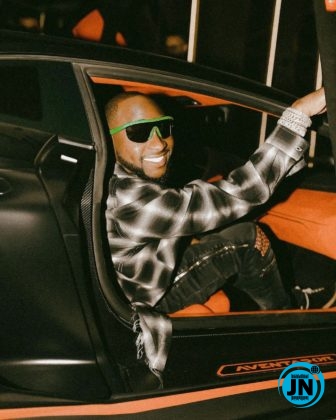 This comes just two days before his headline event on March 5th at the venue.

The feat was announced on the 3rd of March by the official 02 Arena page via their Twitter account, which tweeted "@Davido has officially sold out #The02" with an applauding emoji. 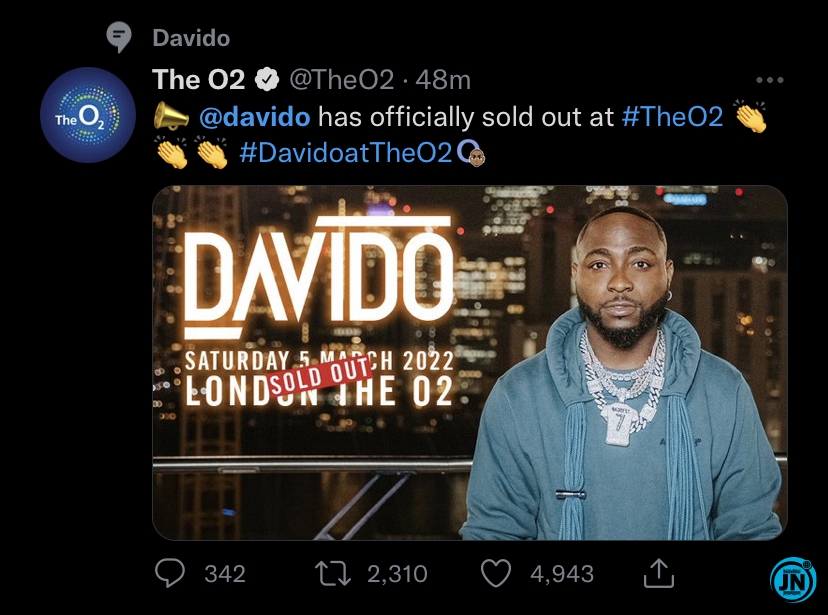 #BBNaija: “Listen, I will not release the brief to anyone to read again” – Pere tells Emannuel for being absent when he read the arena brief (Video)
‘I Will Shut Down 02 Arena For 2 Days In 2020’ – Davido Vows
UK Music Lovers Call Out Burna Boy For Making His 02 Arena Ticket Price Higher Than Wizkid’s Own
Davido sells out concert at London’s 20K capacity O2 Arena