Popular Nigerian music superstar, Davido have at long last reacted to the death of his road manager, Obama DMW which stunned the Nigerian media space last week precisely on June 29. 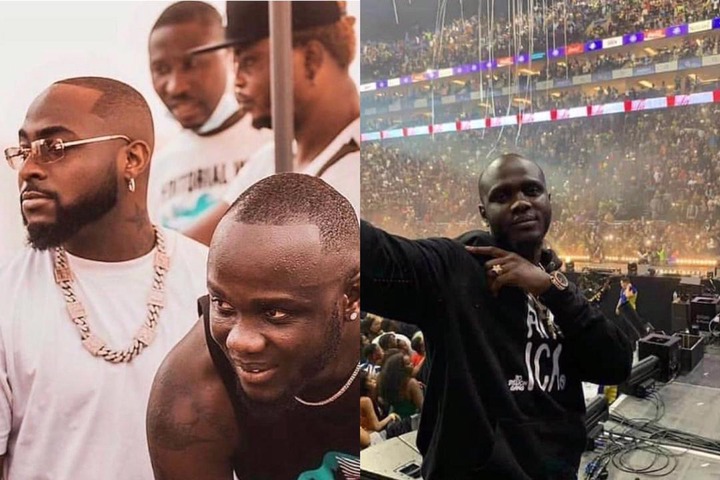 The ‘Fem’ hitmaker waited exactly one week after the death of Obama before taking to social media to make a post about his demise.

According to Davido, his tribute to Obama is by far the hardest thing he is writing as he described Obama as an elder brother to him.

Davido noted that Obama always had his back during his lifetime and would do anything to make him smile and feel better.

Davido also stated in his write up that he would take care of Obama’s only son, Malik.

Another artist who has offered to oversee Malik is Tiwa Savage. 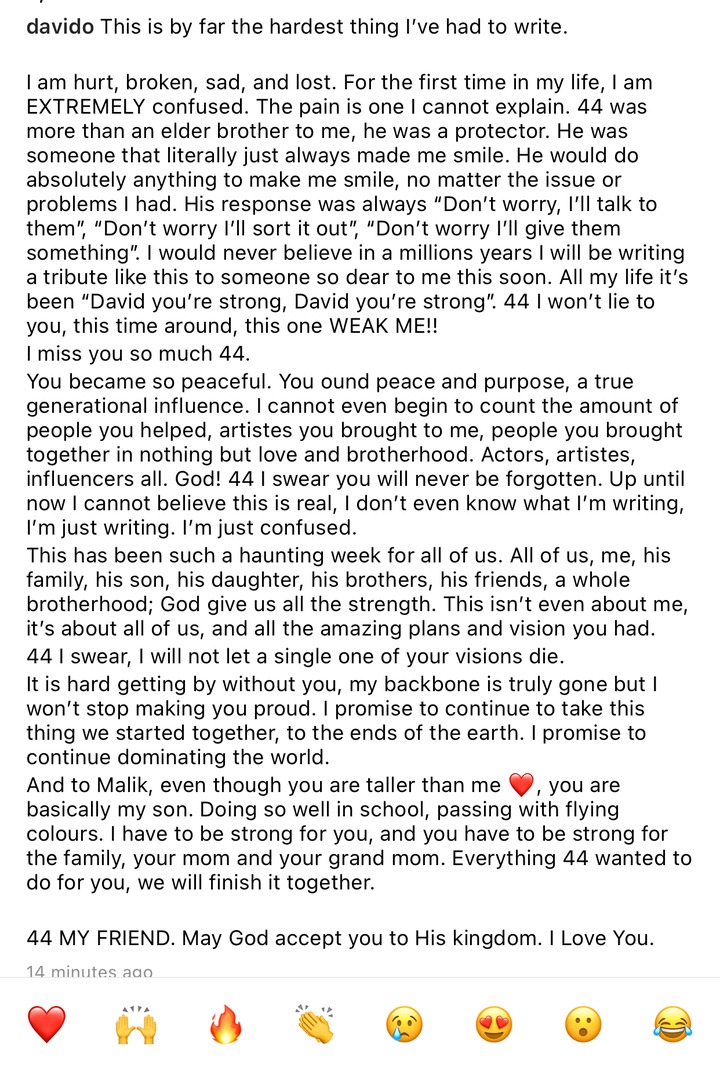 Obama DMW died in the late hours of June 29 after suffering from heart failure. He was buried the next day at Epe, Lagos.