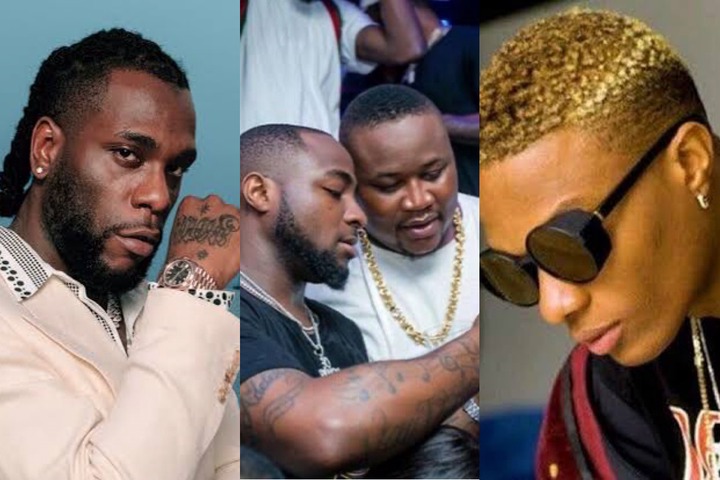 In 2020, the Nigerian music industry became an interesting one as one time friends, Davido and Burna Boy switched to be enemies.
It was a peculiar one as fans of the two music superstars often hit out at each other on social media.
A few months after, Burna Boy became very close to Wizkid, who Davido has become his long-time rival since the early days they broke out into the scene.
Well, in recent social media updates, Davido’s close friend, Cubana Chief Preist, seems to have stylishly thrown a shade at the sudden friendship of Burna Boy and Wizkid.
See the post caption he made below: 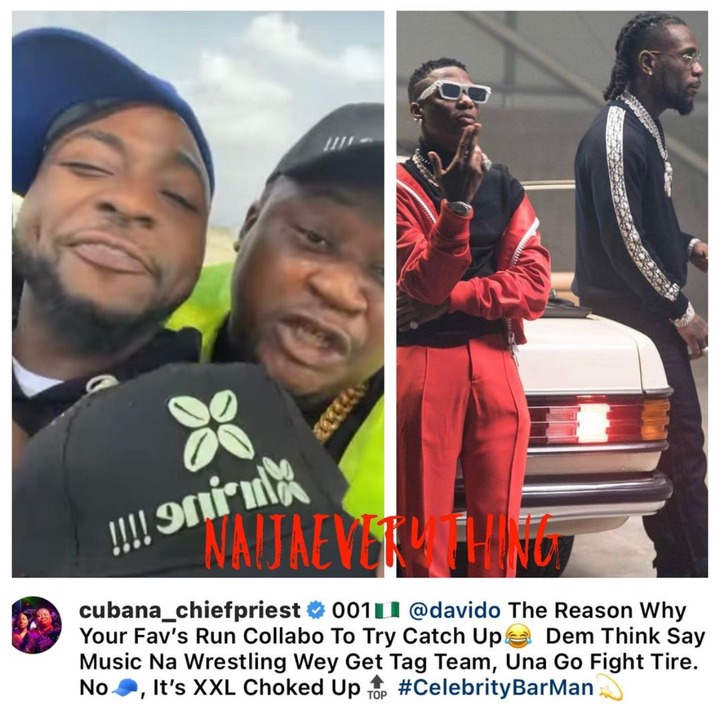 Music is not wrestling no tag team abeg🤓

Davido be small boy,na people the write song gave you,you dey far from were WizKid and Burns Boy them dey

Who God has blessed no Man can curse 🙏👻