Congrats! Ex BBNaija Housemate, Symply_Tacha Seals An Endorsement With 'House Of Lunettes' As Their Brand Ambassador.

Symply_Tacha was one of the housemates at the just concluded reality show, BBNaija where she made it to the 89th Day before been disqualified by Biggie after a little argument with fellow housemate Mercy who later emerged as the winner of the show, and also the first female to be declared winner.

Having been disqualified from the show, Tacha has been having a good support from fans both home and abroad, and topping it, is the latest of her endorsement as a brand ambassador with 'House Of Lunettes'. 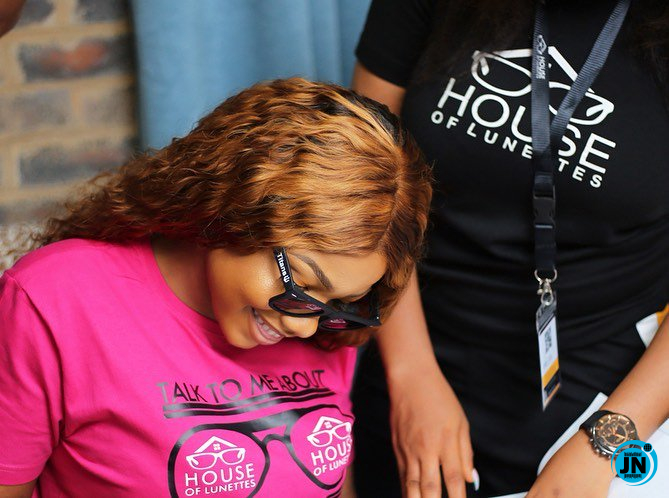 Natacha Akide hails from Rivers State, and a graduate of IGNATIUS AJURU UNIVERSITY OF EDUCATION, department of SOCIOLOGY. Tacha is known for her taste and sense of fashion, and that was able to earn her this endorsement.

The company aslo revealed that, why they decided to make Tacha their new brand ambassador, was because of Tacha’s fashion sense, love for trendy eyewear and uniqueness.

It is also reported that after 2hrs of the endorsement, The Titans which happens to be a strong fan base of Tacha, came through to support their queen by making a whooping of 1,500 orders and still counting, from the company.

See posts shared by Symply_Tacha on her Instagram page.

Ex BBNaija Housemate, Tacha Seals An Endorsement With 'House Of Lunettes' As Their Brand Ambassador.

Magician Shocks Davido And His Entire DMW Crew, As He Entertains Them With Magic (VIDEO)

Teni blasts viewers who criticized her support for Laycon (video)