The Worldwide Apple Music albums chart was recently updated and various albums from our international artistes filled up the chart. Despite the fact that a large number of our A-list artists dropped their albums last in 2020, only few of them still have their albums topping charts up till this moment. Ayodeji Balogun popularly known as Wizkid is still the only Nigerian artist whose album still sits at a good position on the chart. 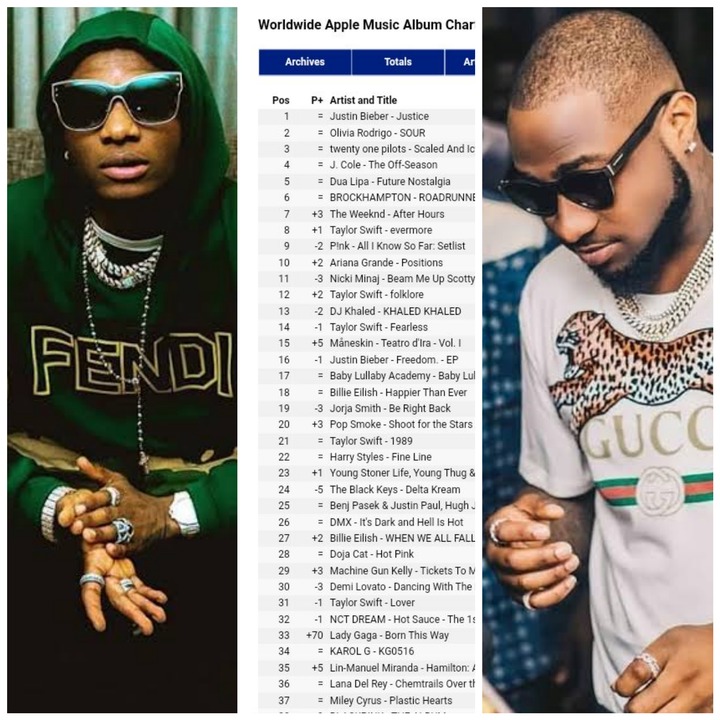 Recall that Wizkid and Davido dropped their albums during the latter part of 2020 and the argument about who has the better album generated heated controversies among their fans.

In over 6 months that Wizkid has dropped his Made in Lagos album, the album presently ranks at the 110th position on the Worldwide Apple Music albums chart while Davido's A Better Time album didn't even make the top 200. 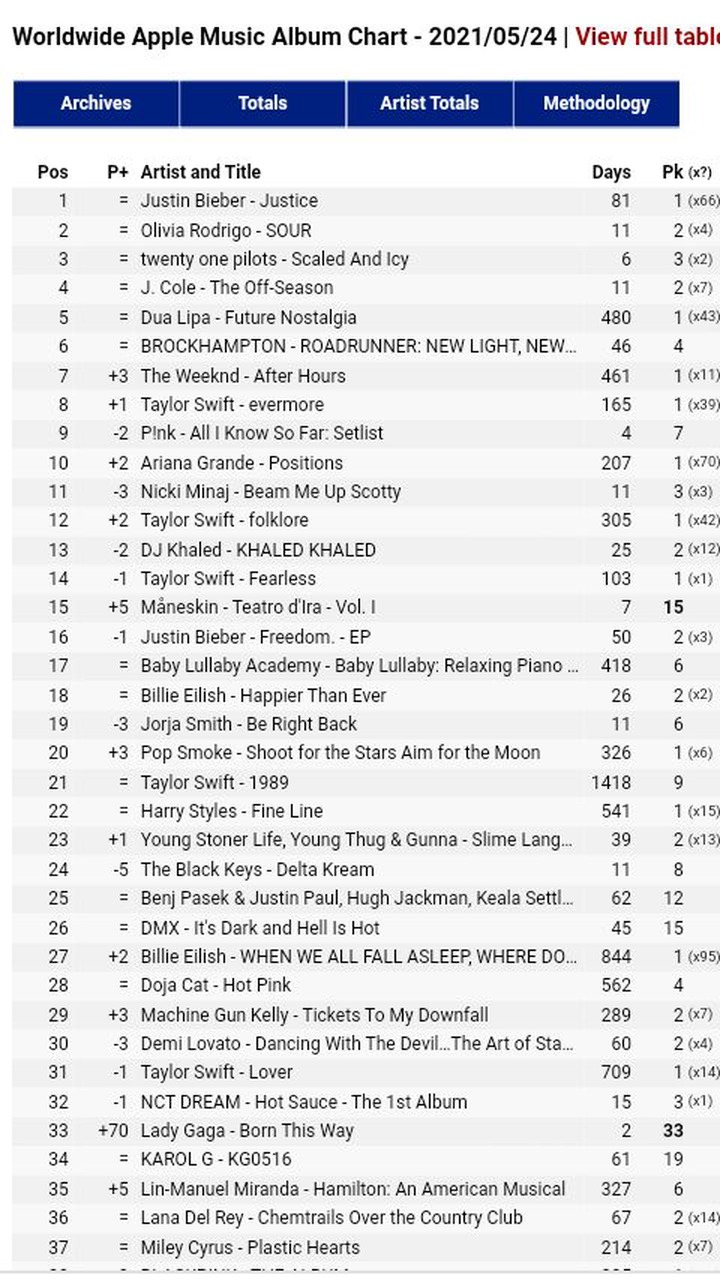 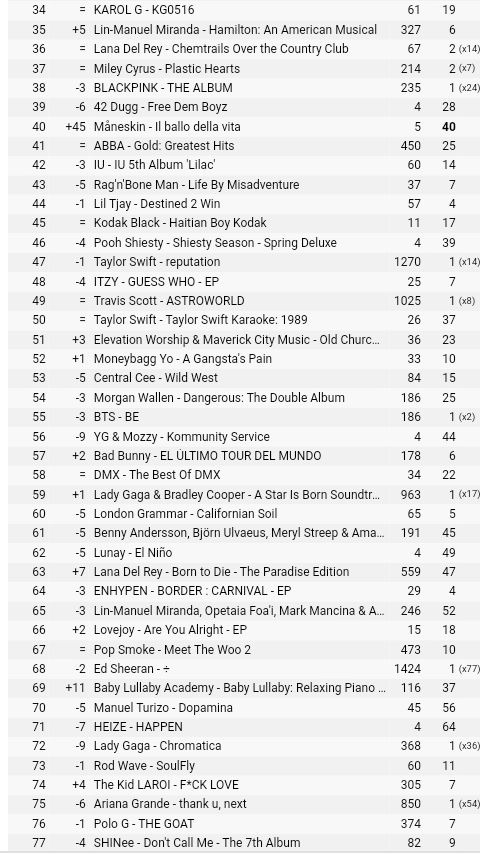 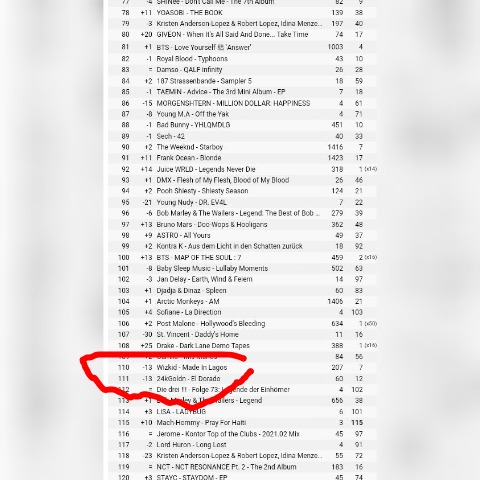 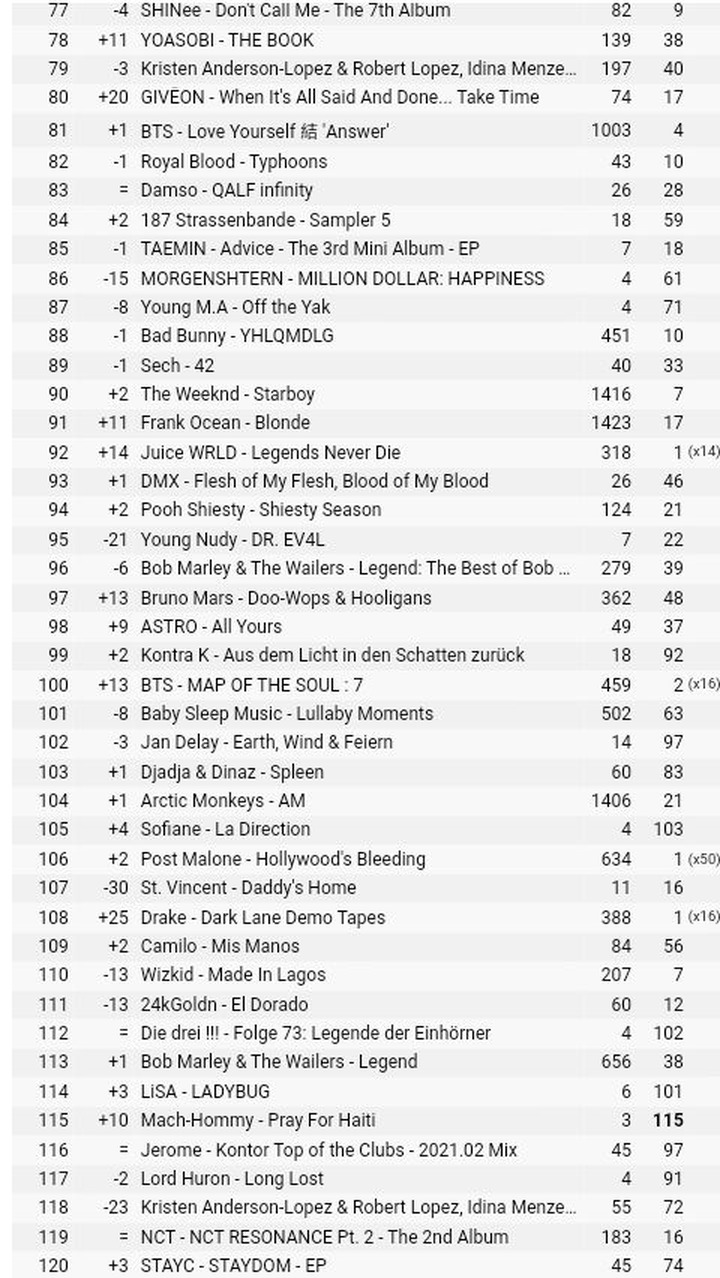 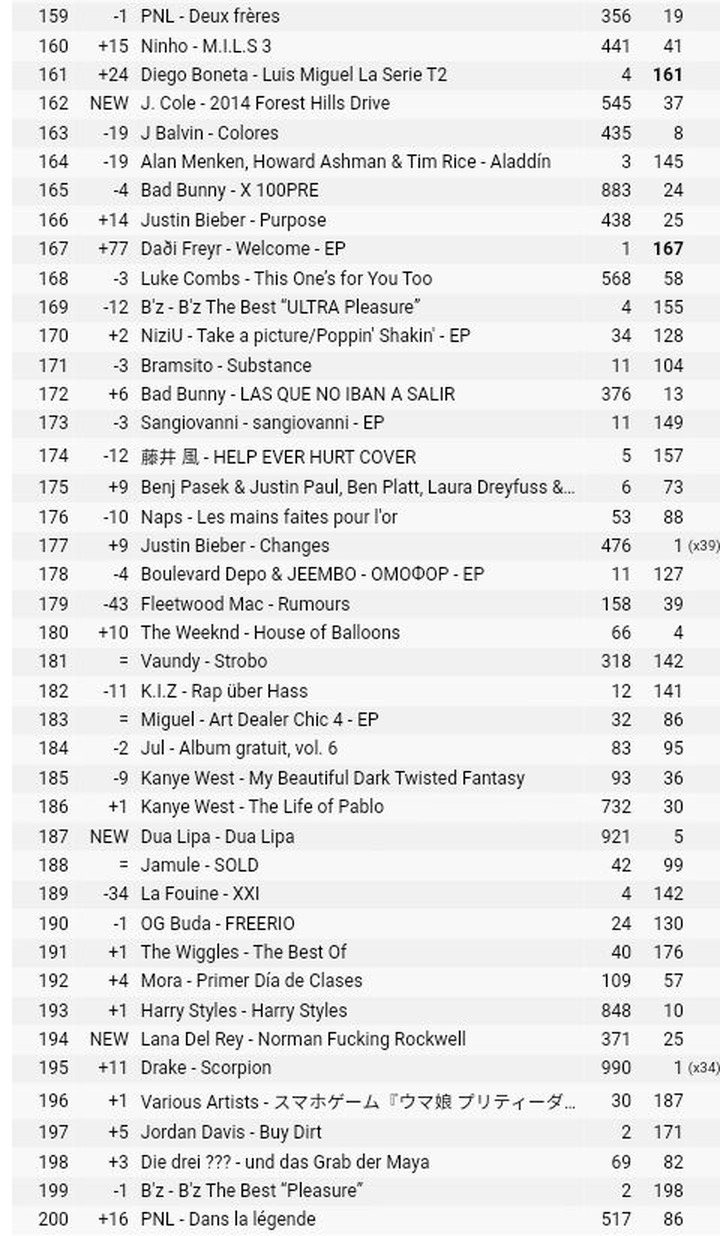 I think this has clearly shown us which album is better between Wizkid and Davido's.

No doubt. Wizkid bus bigger than