The season 5 of one of the most watched reality TV shows, Big Brother Naija is coming to an end today and more wins are still coming in for the participants. 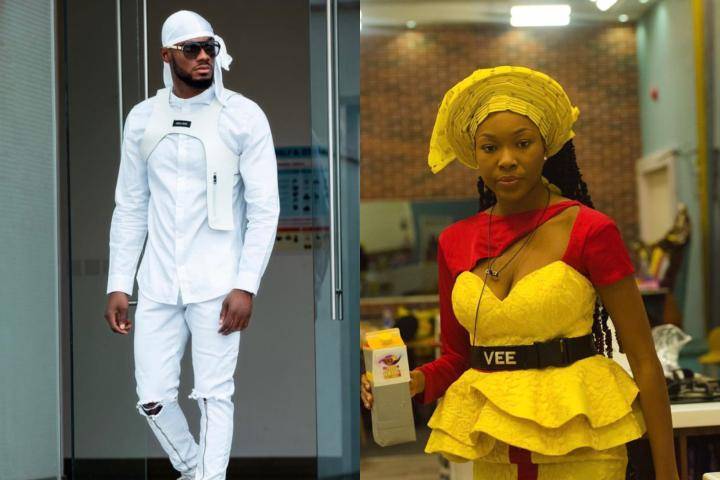 Vee and Prince are the recipients of this award beating 18 other housemates to it.

Vee and Prince would both receive a huge sum of two million and one million Naira respectively.

Incase it’s not clear, Vee would get 2 million Naira because she won the grand prize while Prince would also bag 1 million Naira for coming second to Vee. 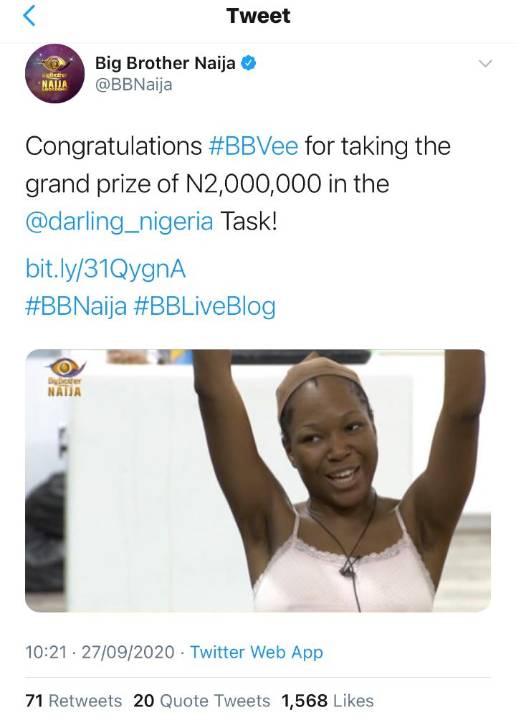 Prince has however swiftly after the announcement showed his gratitude for wining the prize.

Thanking both Darling and Big Brother, Prince said he was elated. 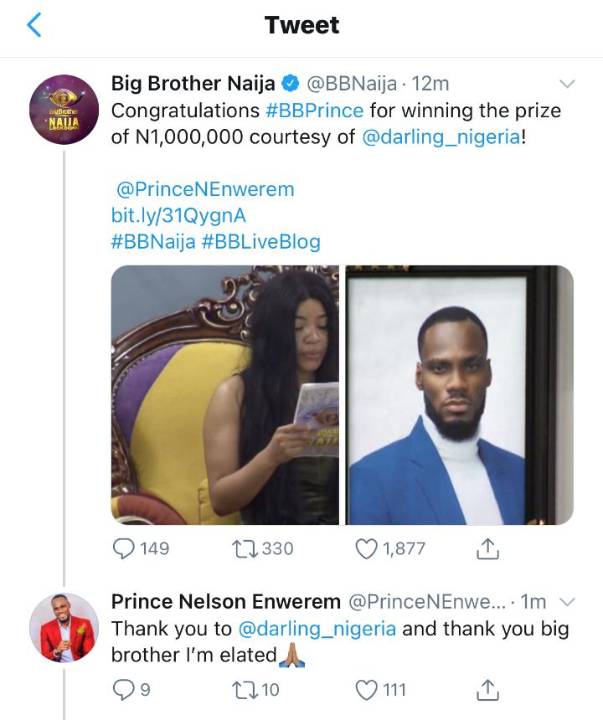 BBNaija: I Miss You, I’ll Do Anything To Have You Back As My Girlfriend – Neo To Vee
#BBNaija Vee slams on Dorothy saying, Her Head is bigger than her Body.
‘She Can't Believe It’ - Fans Hail BBNaija’s Vee For What She Said About Wizkid’s Album
“God Forbid” – Venita forbids her cousin Neo from having a relationship with Vee (Video)