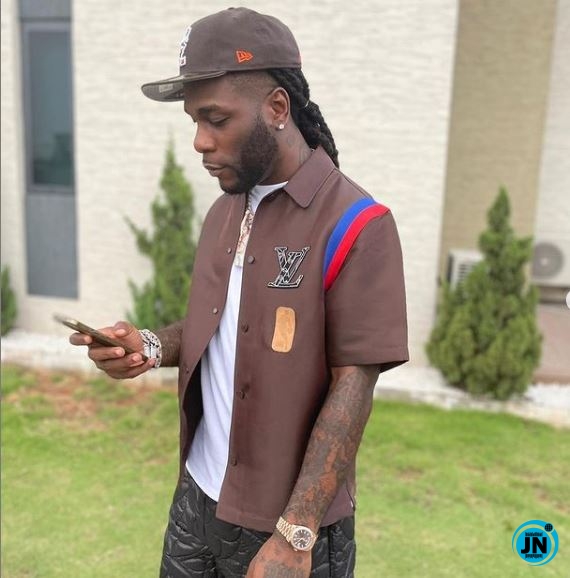 The Grammy winner, Burna Boy is reportedly said to have been beaten by the boys of the popular Nigerian footballer, Obafemi Martins at a club yesterday, 14th June.

According to the blogger identified as Cutie Juls, Burna Boy got a thunderous slap from one of the boys amid the fracas which resulted in club attendees coming in to mediate and settle the dispute. 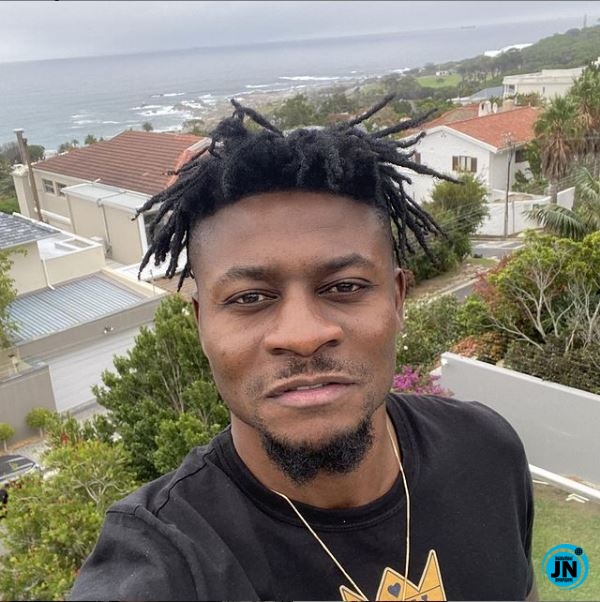 From our confirmed sources, the singer was beaten to stupor.

It took some kind club attenders to save the situation by calming Oba’s boys who appeared to be ready to beat the whole of Burna boy’s boys who accompanied him to the club.

It will be recorded that couple of months ago, we reported how Burna disrespected Obafemi at a night club in Lagos where one of Burna’s boys landed Oba a slap.

Last night during the revenge slapping episode, Wizkid who was partying with Burna and co quickly japa from the scene as it started getting more violent with slaps flying left and right.” 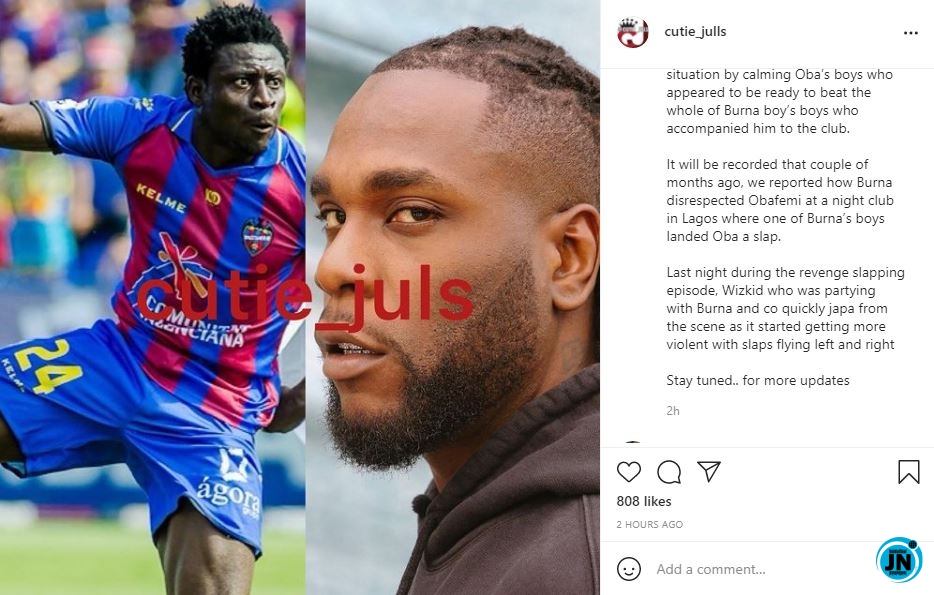